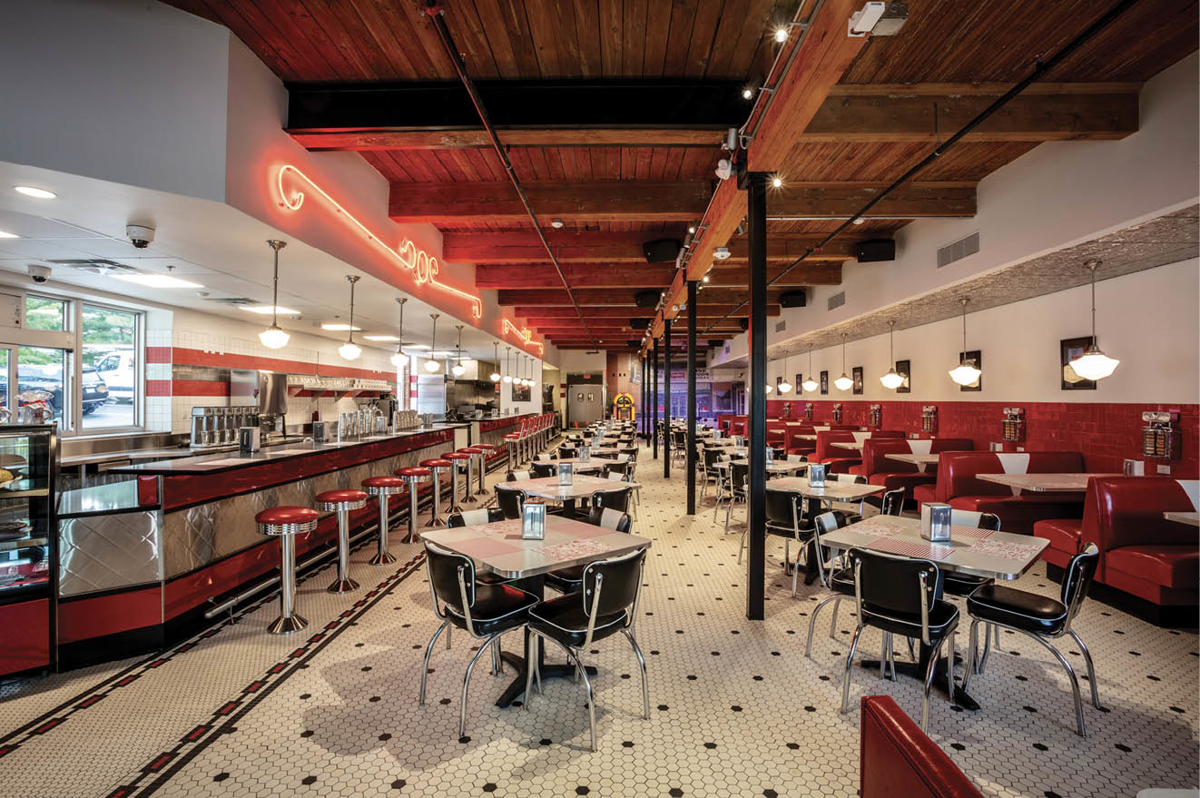 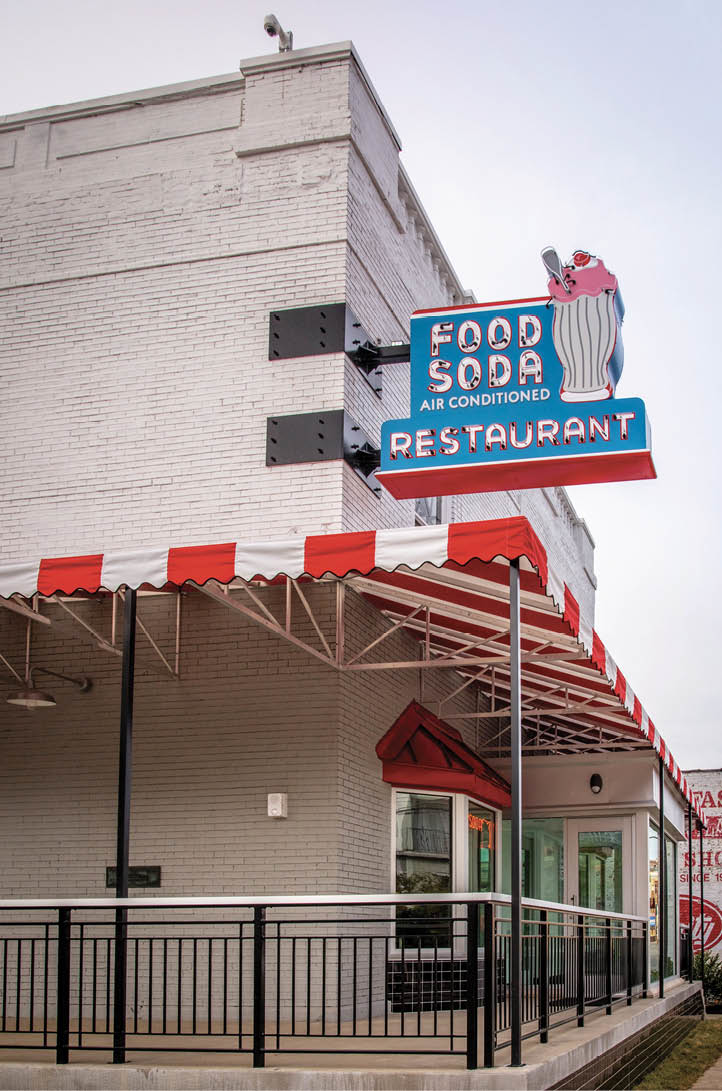 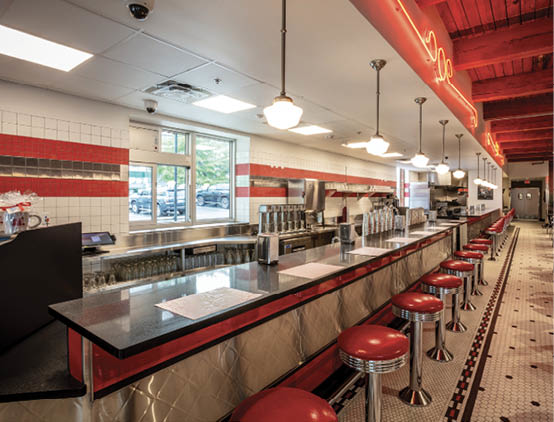 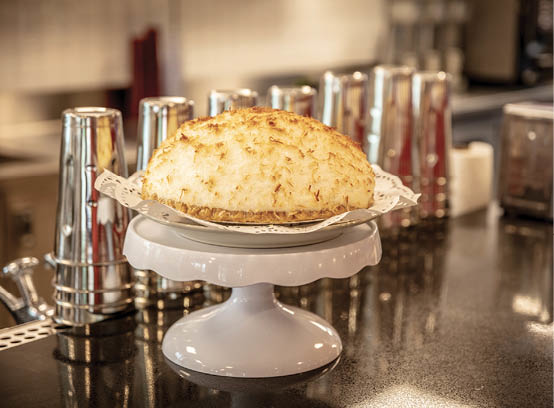 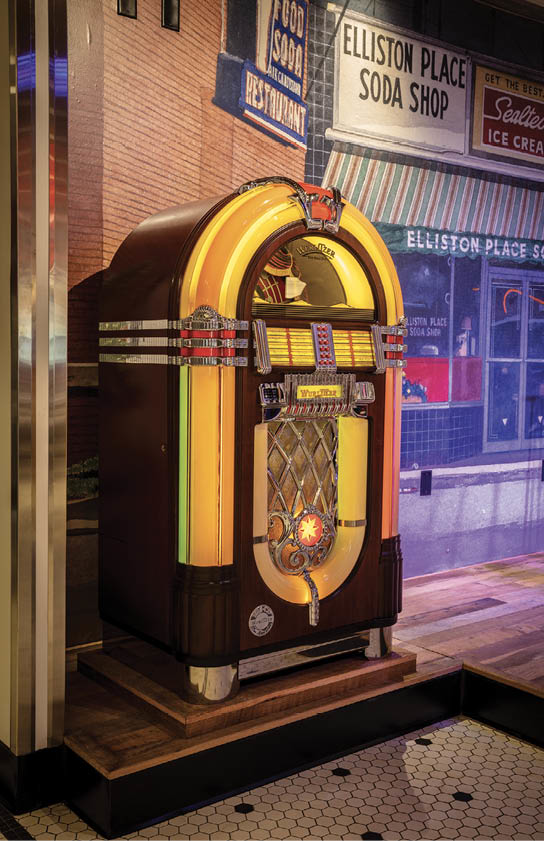 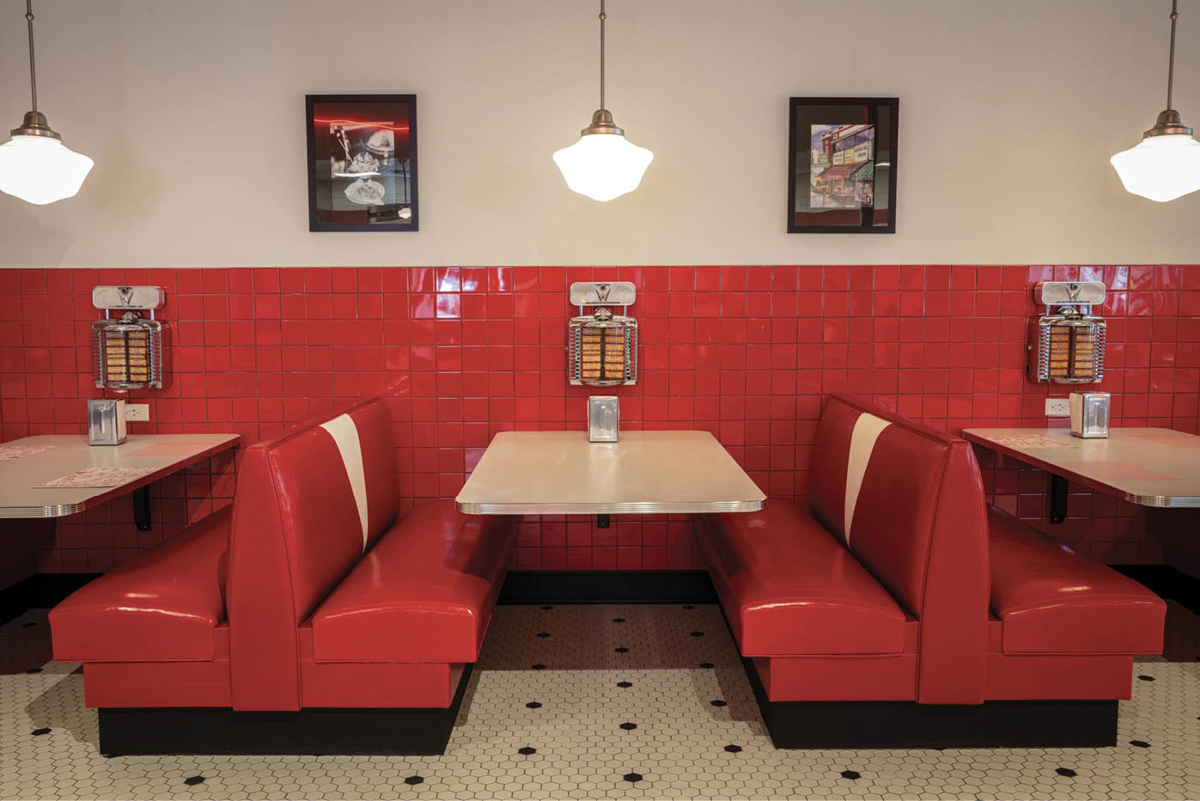 Walking into Elliston Place Soda Shop is like stepping back in time — if the past were remarkably well preserved, the equipment state-of-the-art and everything just a little shinier than you might remember it.

Located next door to the original location, which operated for close to eight decades, the restaurant still has the original — now reconditioned — stainless steel and red vinyl 1930s stools, a row of classic Waring blenders behind the counter, and booths with Formica-top tables and refurbished mini Wurlitzers. These days, with a large jukebox in the back, the Wurlitzers are merely decorative. The jukebox is free, so patrons won’t have to dig for change to listen to their favorite tunes.

The soda shop was about to close last fall when developer Tony Giarratana stepped in. Known for constructing high-rise buildings, such as 505 Nashville on Church Street, Tony saw it as saving a beloved landmark. “In all my years building tall buildings, I have never had more people stop and say, ‘We love that! Thank you!’ " he says. "It’s like young people, old people, everything in between. I’m like, ‘Have you seen our tall buildings?’ They love the soda shop. It’s universal.”

Tony enlisted well-known Nashville restaurateur Randy Rayburn (Midtown Cafe, Cabana and the since-closed Sunset Grill), and they got to work. Moving next door allowed them to double the space to close to 5,000 square feet, now accommodating 150 guests inside, compared with 57 in the old place. There are two counters, one being the "adult counter," jokes Randy, explaining the soda shop will now have a liquor license. There’s also a walk-up window and outside seating, which accommodates 14 guests.

The menu offers the classic fare, including burgers, fries and milkshakes, as well as meat-and-three options and breakfast all day. The focus is on good food prepared fresh and offered at reasonable prices. No “can to the pan," says Randy.

For those feeling nostalgic, some of the best memories probably include the staff. Not to worry; longtime general manager Linda Melton is still a regular presence and is busy baking her famous pies, including coconut, lemon and chocolate meringue. As soon as Tony got involved, he made sure Linda and Leonard Jones, a member of the kitchen staff, stayed on the payroll even before opening, honoring their more than 25 years at the soda shop. There will, no doubt, be other familiar faces. As Tony says, "The history of the place is part of the charm of it."

The Stage Is Set

One noteworthy addition is a stage for singer-songwriters to perform, situated against a mural backdrop — an enlarged photo of a 1987 John Baeder painting depicting the original Elliston Place Soda Shop. In another curated nod to the past, merchandise will be for sale, such as T-shirts and mugs with slogans such as "Nashville’s Counter Culture since 1939" and onesies that read "New Kid on the Rock Block." The term refers to the block on Elliston that is also home to the famed music venue Exit/In.

Back to the Past

Great pains were taken to ensure the new Elliston Place Soda Shop stays true to its origins. Southeast Venture provided architectural services, and Nancy Inman was the interior designer. The furnishings and equipment are either original, refurbished or period-appropriate. “We wanted to surprise and delight,” says Tony. “When someone walks in, we want them to smile.”

First Impressions: The Supper Club at The Twelve Thirty Club