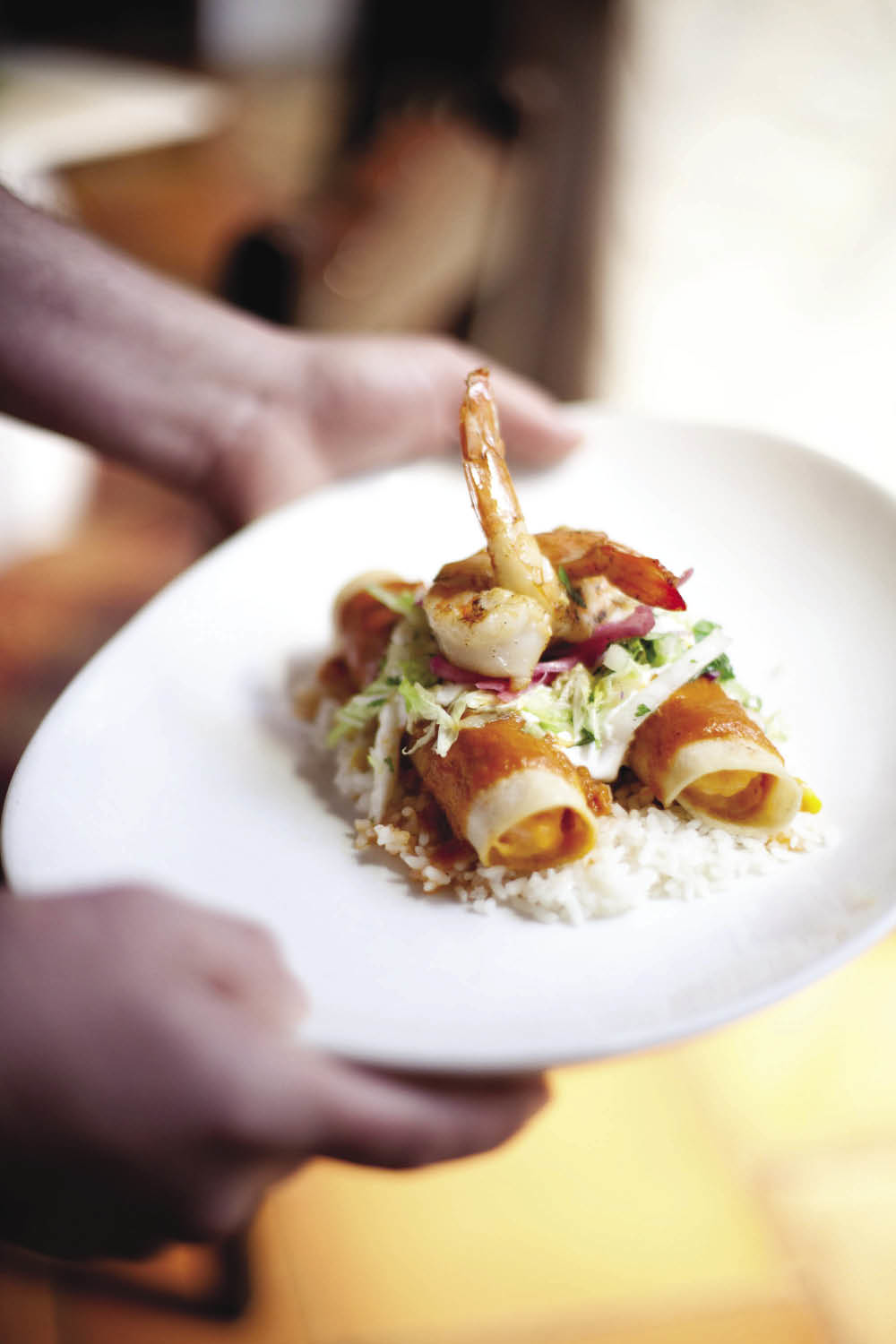 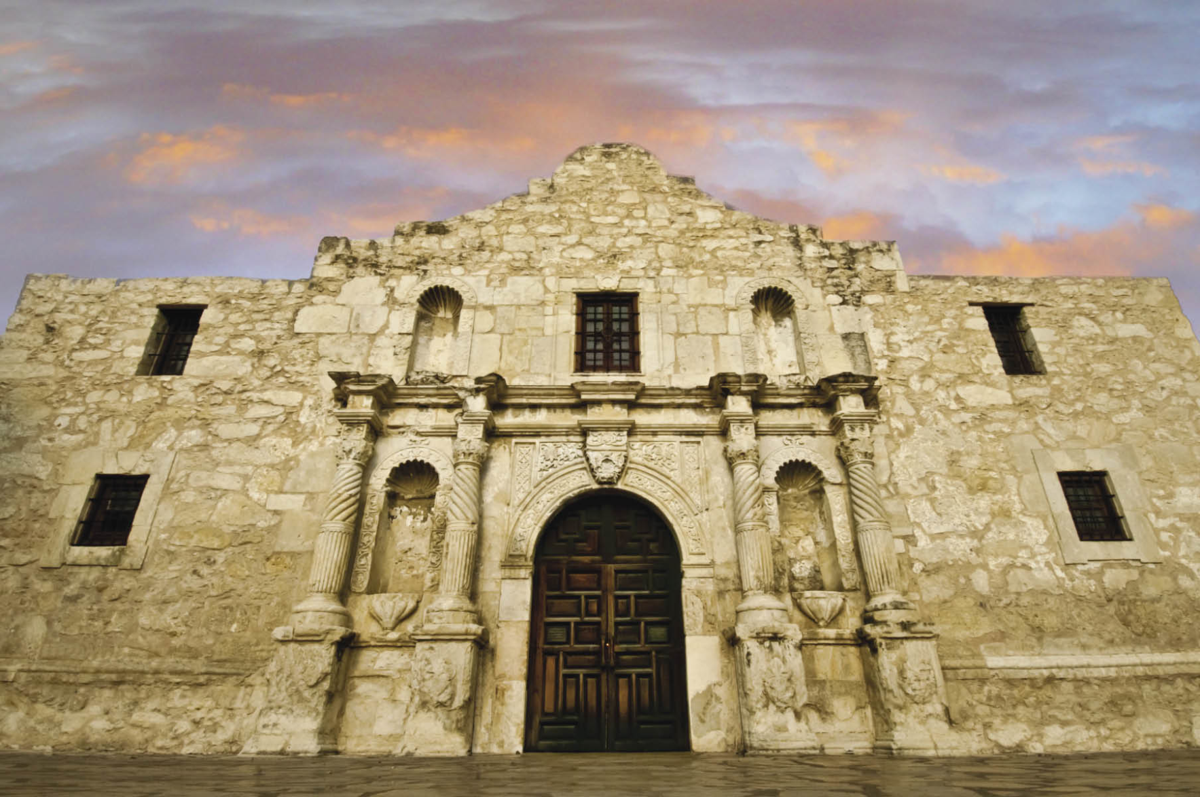 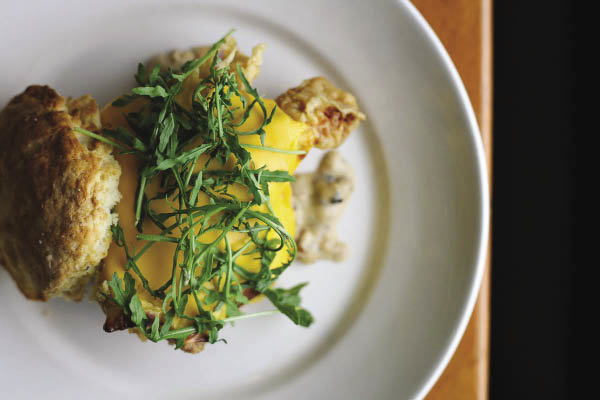 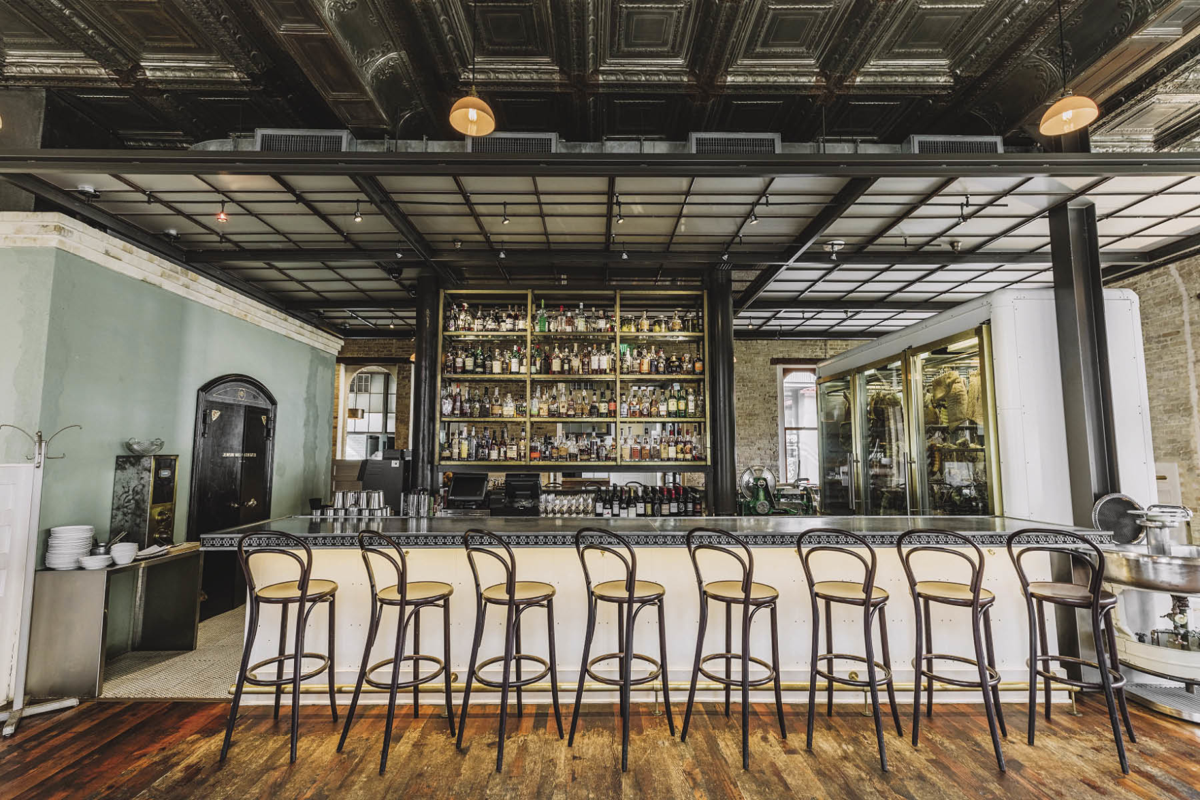 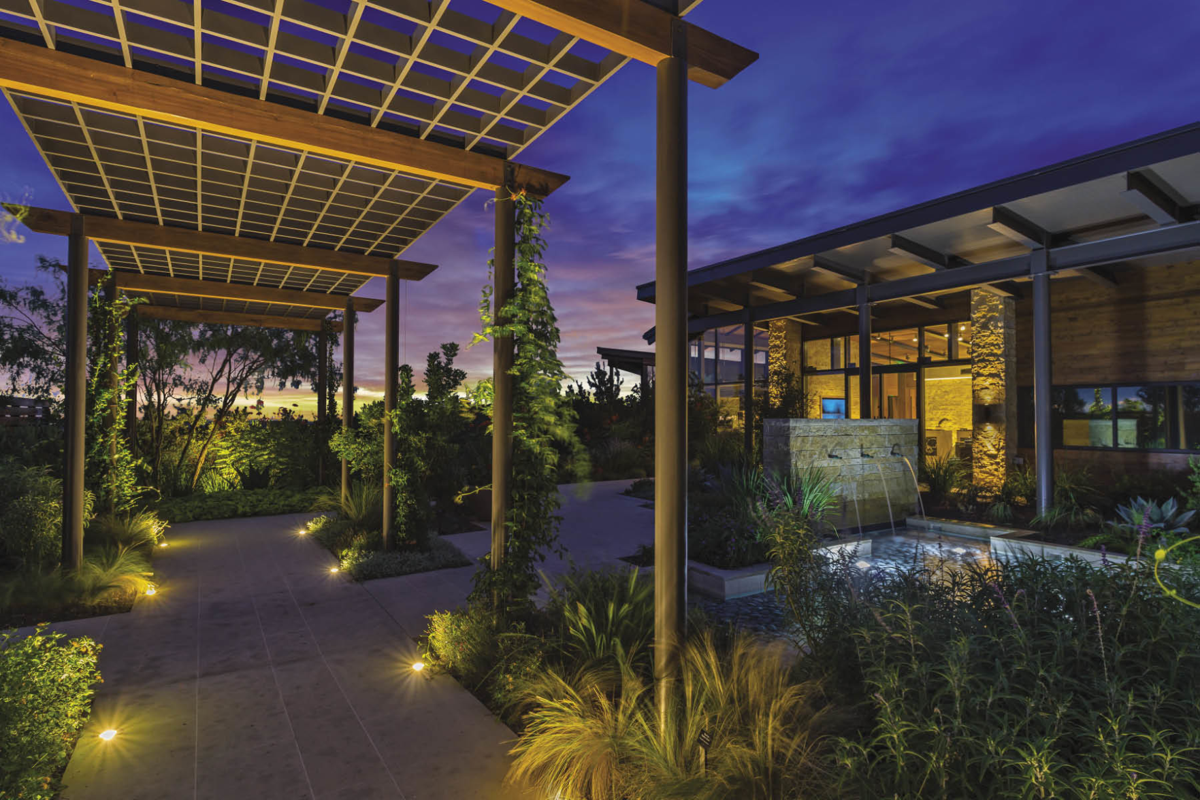 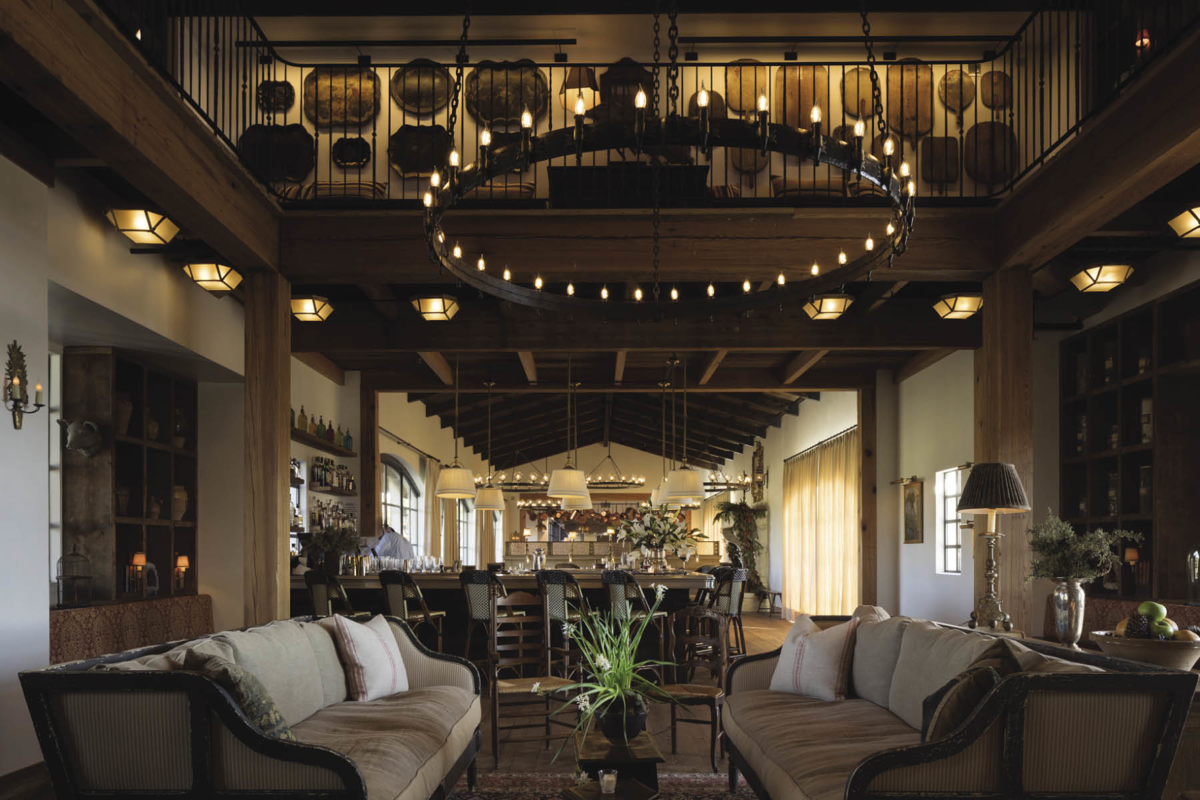 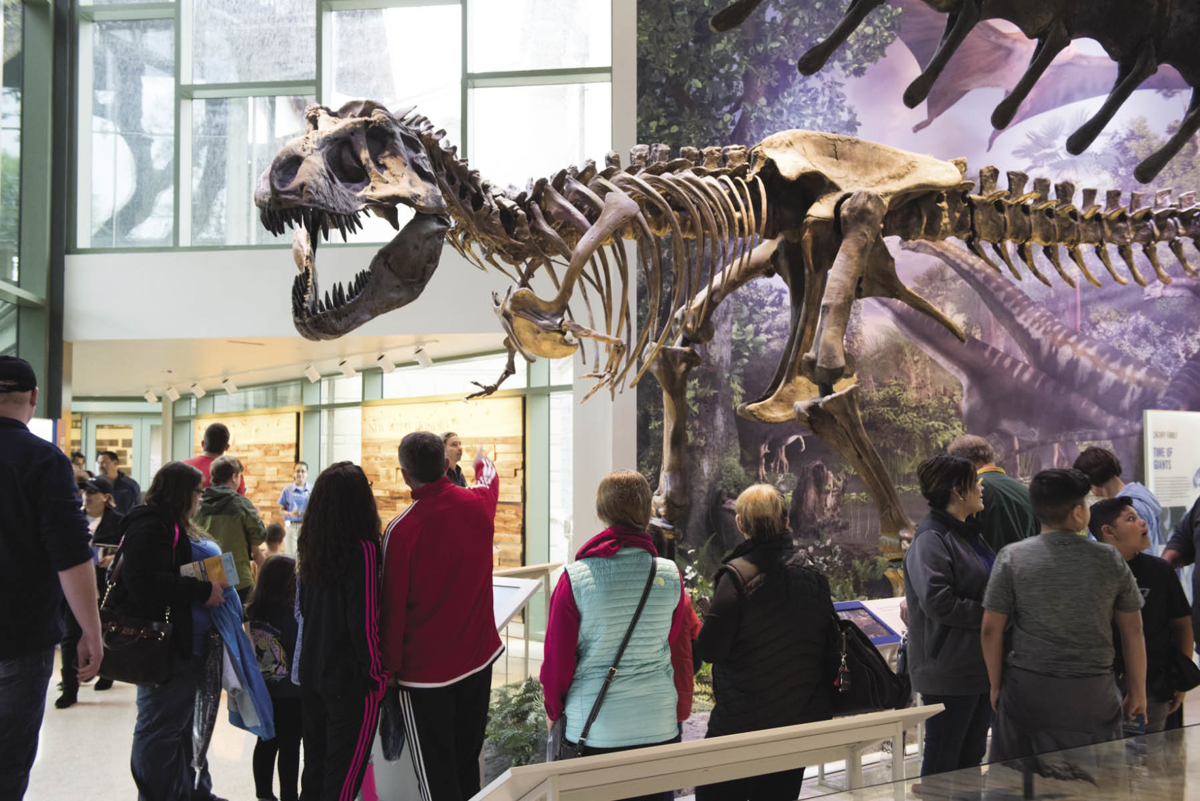 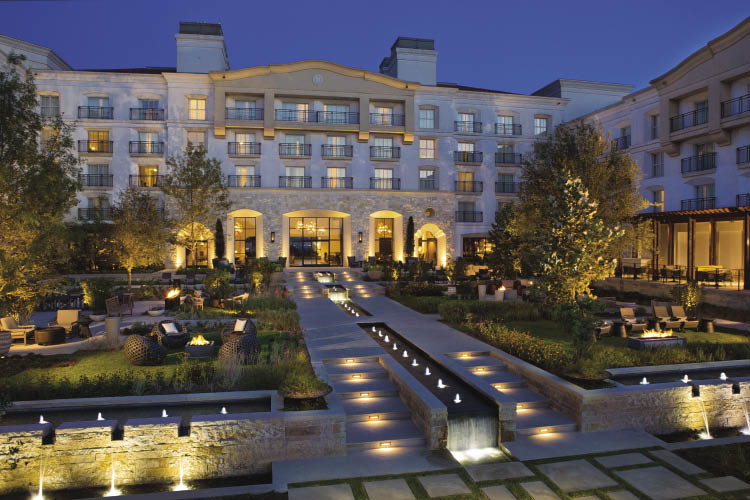 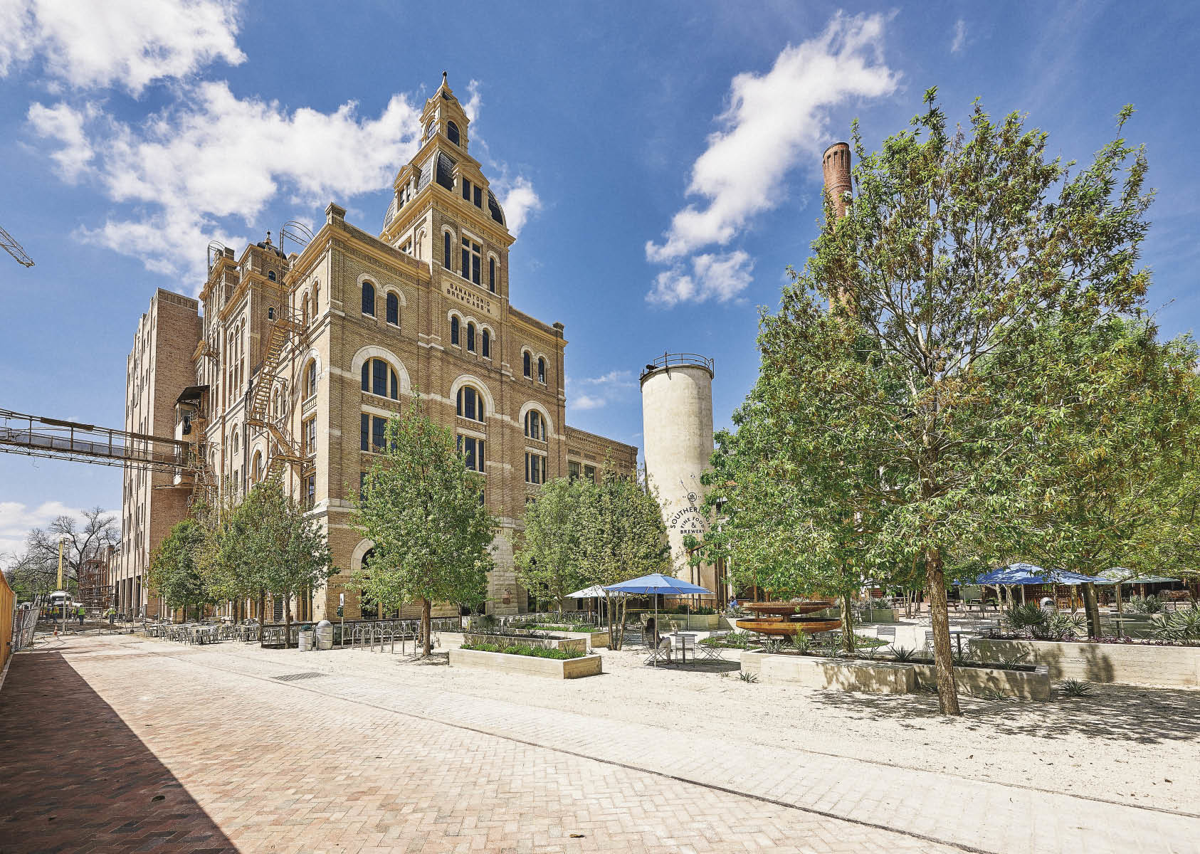 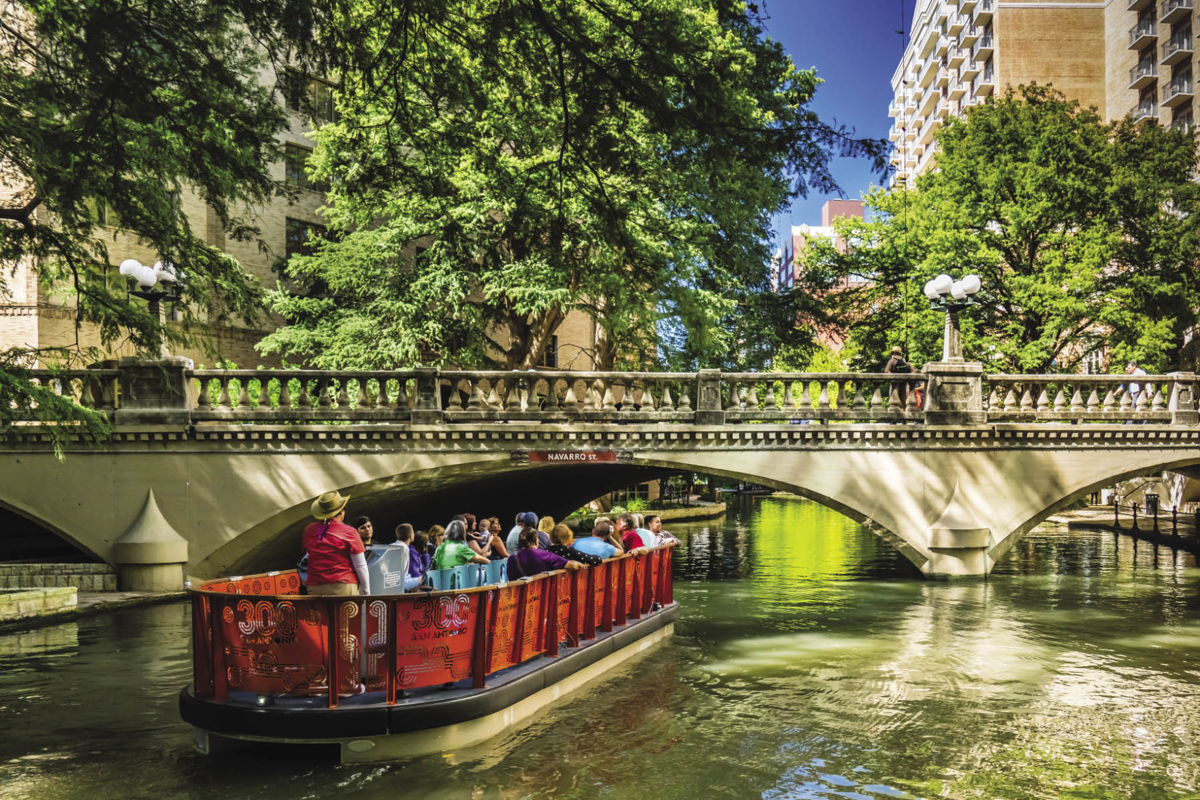 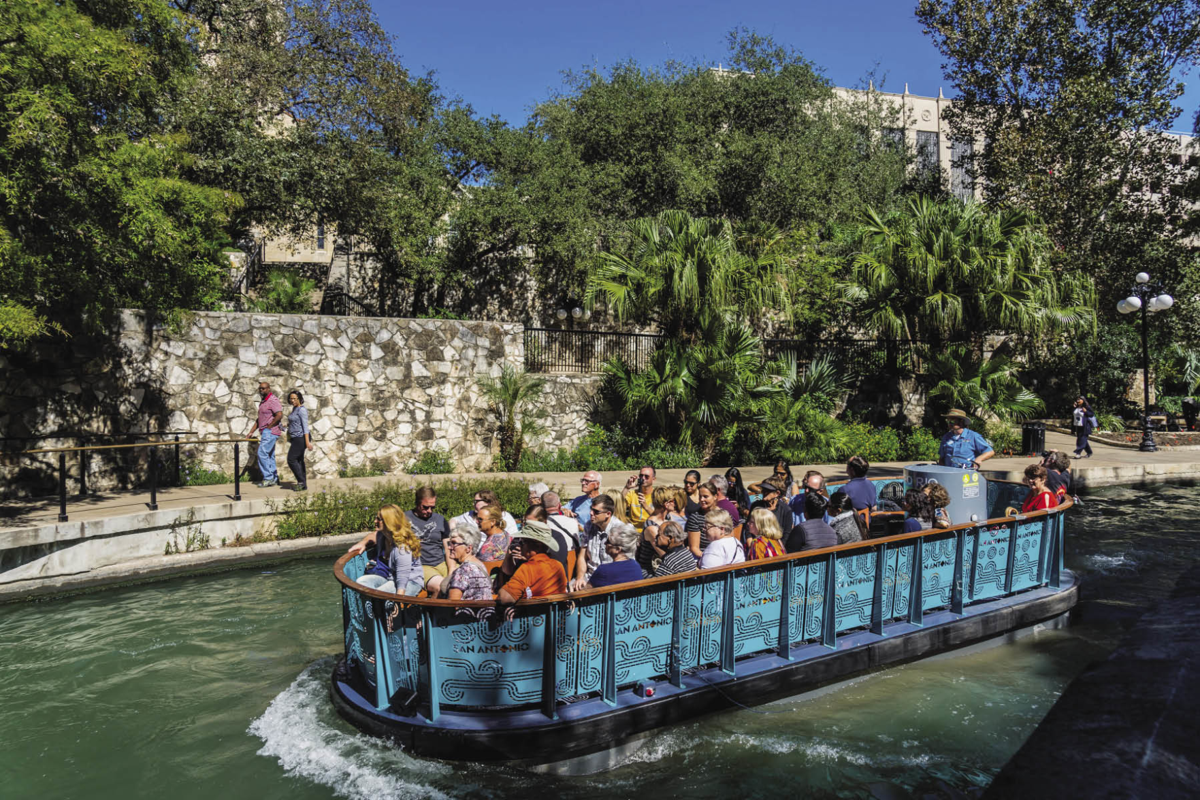 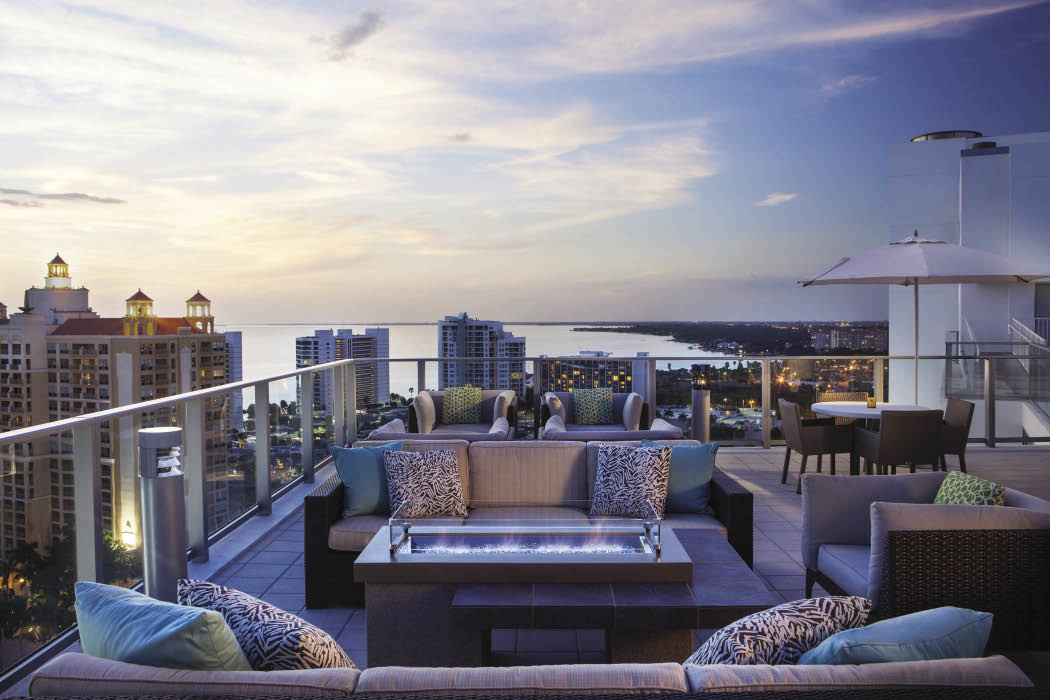 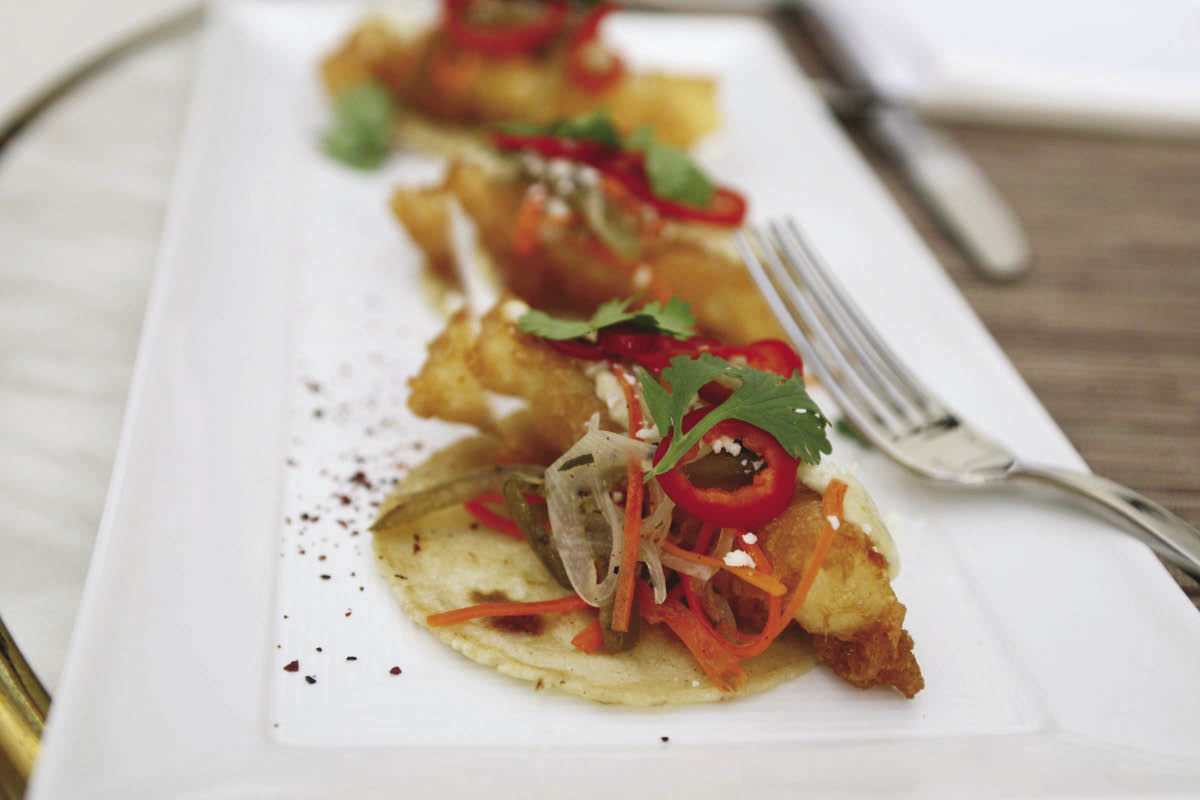 Founded as a Spanish outpost decades before the United States was established, San Antonio still exhibits much of the cultural and historical influence left over from its time under the flags of Spain, Mexico and the Republic of Texas. In the intervening years, San Antonio has grown into one of the country’s largest cities, complete with big-city benefits in fine dining, accommodations and more. The city’s most recognizable features are, of course, The Alamo and the San Antonio River, which winds its way through downtown and has several times been channelized and extended to offer more frontage. But there’s more to San Antonio than those tourist magnets, as evidenced by the vast number of impressive restaurants, hotels and attractions the city has to offer. The mix of new and old and a more-than-moderate climate make this old Spanish mission a worthy retreat from Nashville’s gray winter doldrums.

A sprawling campus miles from the city center creates the illusion of near-complete detachment. One could spend a week at La Cantera and hardly feel the need to venture into the city. Five pools, two championship golf courses, a handful of fine dining options and the Loma de Vida Spa are just some of the resort’s many draws. Though the hotel offers plenty for families — a kid’s club, a pool area with slides — those without children can opt for La Cantera’s adults-only offerings, including a reserved floor with happy hours, special spa access and a 21-and-up pool. At Loma de Vida, try the Absolute Texas, a two-hour marathon massage complete with beeswax, honey and lavender, and don’t forget to take advantage of the adjacent solarium for additional post-treatment relaxation. 16641 La Cantera Parkway, San Antonio, lacanteraresort.com.

La Cantera’s signature dining option is aptly named. Part Hill Country, part French countryside, the restaurant is the latest from James Beard Award nominee Andrew Weissman’s local restaurant group. He calls it a love letter to his hometown, and there’s plenty to write home about. The menu is always changing but features items like gnocchi with braised rabbit and wild mushrooms in a sherry sauce. It’s the sort of place whose decadence can be paired delightfully with an espresso nightcap before heading back up the hill to the main resort. 16401 La Cantera Parkway, San Antonio, signaturerestaurant.com.

One place sure to draw you off the resort is this meat-forward restaurant from Steve McHugh, another James Beard Award nominee. Located in a century-old administrative office at the old Pearl Brewery campus, Cured has three butchers on staff — and for good reason. The chorizo, among other cured offerings, is out of this world. Highlights (though the menu changes frequently) are the grilled flat iron and a mezcal Old-Fashioned. Even if the food wasn’t among the best in the city and region (it is), the building alone would be worth the visit. They’ve turned the old payroll office’s walk-in vault into wine storage and repurposed bricks from the old brewery originally designed to hold steam pipes into a wine rack. Cured is a microcosm of the city that surrounds it: a tantalizing amalgamation of old and new. 306 Pearl Parkway, Suite 101, San Antonio, curedatpearl.com.

Brunch at Meadow will take you into an artisans’ alley of rambling, interconnected structures, including the restaurant, art and jewelry galleries and various small businesses. Experience an elevated taste of Hill Country with camping doughnuts, a heartier biscuit version of the breakfast treat, or a plate of brisket, beef-fat fried eggs and potatoes. Between that and their bacon, egg and cheese fries, a lazy afternoon will be a necessity.555 W. Bitters Road, Suite 110, San Antonio, meadowsanantonio.com.

A trip to one of the city’s oldest Mexican restaurants doubles as a visit to a quiet, leafy neighborhood. Even in the hotter months, La Fonda’s shaded backyard is the place to be, particularly when a round of their specialty margaritas is in the offing. Among the menu highlights is the alambre mixto, a skewer of steak, shrimp and pork loin over rice and vegetables. La Fonda is the kind of place where families gather for birthdays and graduations, and the convivial energy extends even to the out-of-town visitor drawn by the smell of meat on the grill. 2415 N. Main Ave., San Antonio, lafondaonmain.com.

This is not your typical hotel bar. Even a visiting Tennessean will marvel at Sire’s collection of single-barrel whiskeys, including offerings from WhistlePig, Russell’s Reserve and W.L. Weller. Though they pride themselves on whiskey, the bar features a fine collection of tequilas (this being Texas and all) and other hard-to-find top-shelf liquors (this being a hotel with a dedicated beverage manager and professional-class bartenders). 16641 La Cantera Parkway, San Antonio, lacanteraresort.com.

Neesha and Robby Grubbs, the people behind some of San Antonio’s first high-end coffee efforts, opened an outpost at the Pearl as part of their breakneck Texas expansion over the past decade. The appeal of this urban retreat is as much the artful design as it is the quality coffee. 302 Pearl Parkway, Suite 118, San Antonio, meritcoffee.com.

A must for kids interested in nature, science and history, this Smithsonian affiliate has plenty to offer lifelong learners too. Featuring a permanent dinosaur gallery, including fossils from the surrounding area, an exploration of the prehistoric hunter-gatherers who lived in the area and other permanent and special exhibits, the Witte is the sort of premier natural history museum that Nashville unfortunately lacks. 3801 Broadway St., San Antonio, wittemuseum.org.

The Alamo and River Walk

It’s on all the postcards, so you might as well see it firsthand. Rich with local history — plus, some 30 native Tennesseans, including Davy Crockett, died there in 1836 — it’s free to visit and easy to see in a short time. Just down the street is one entrance to the River Walk, a path that follows both sides of the San Antonio River (or, in some places, its man-made extensions). The shaded waterway and riverside cafes suggest a hint of the Old World, at times punctured by a glimpse of a Bubba Gump Shrimp Co. or Margaritaville. The river is home to frequent civic parades, like when the beloved Spurs win an NBA title. A river tour of your own, like the one offered by Go Rio Cruises, is an efficient way to see the attraction. 300 Alamo Plaza, San Antonio, thealamo.org.

The site of the eponymous brewing operation from 1883 to 2001 has been reinvented as a mixed-use collection of restaurants, shops and more. Take a to-go draft from Southerleigh out to the open-air (and open-container) plaza, where concerts and community events are common, or check out the farmers market on weekend mornings and peruse the aisles of The Twig Book Shop. A visit to the Pearl can also include an overnight stay, as the area’s main attraction is the Hotel Emma, located within the old brewhouse. If you’d rather not spend the night, try their in-house restaurant for supper or grab an upscale picnic from their market, Larder, to take to the Pearl plaza. 303 Pearl Parkway, San Antonio, atpearl.com.