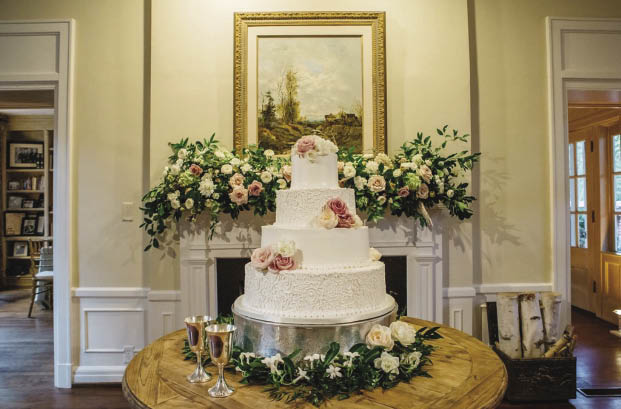 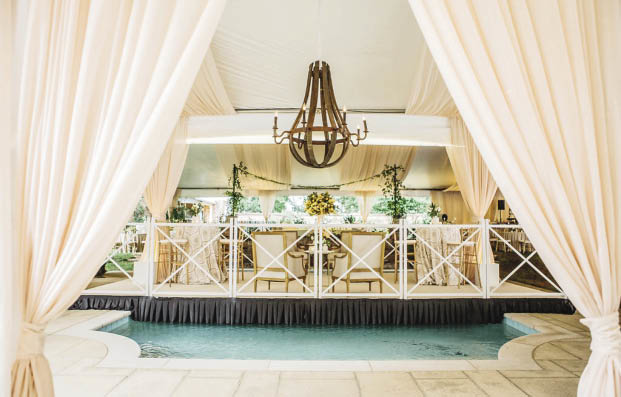 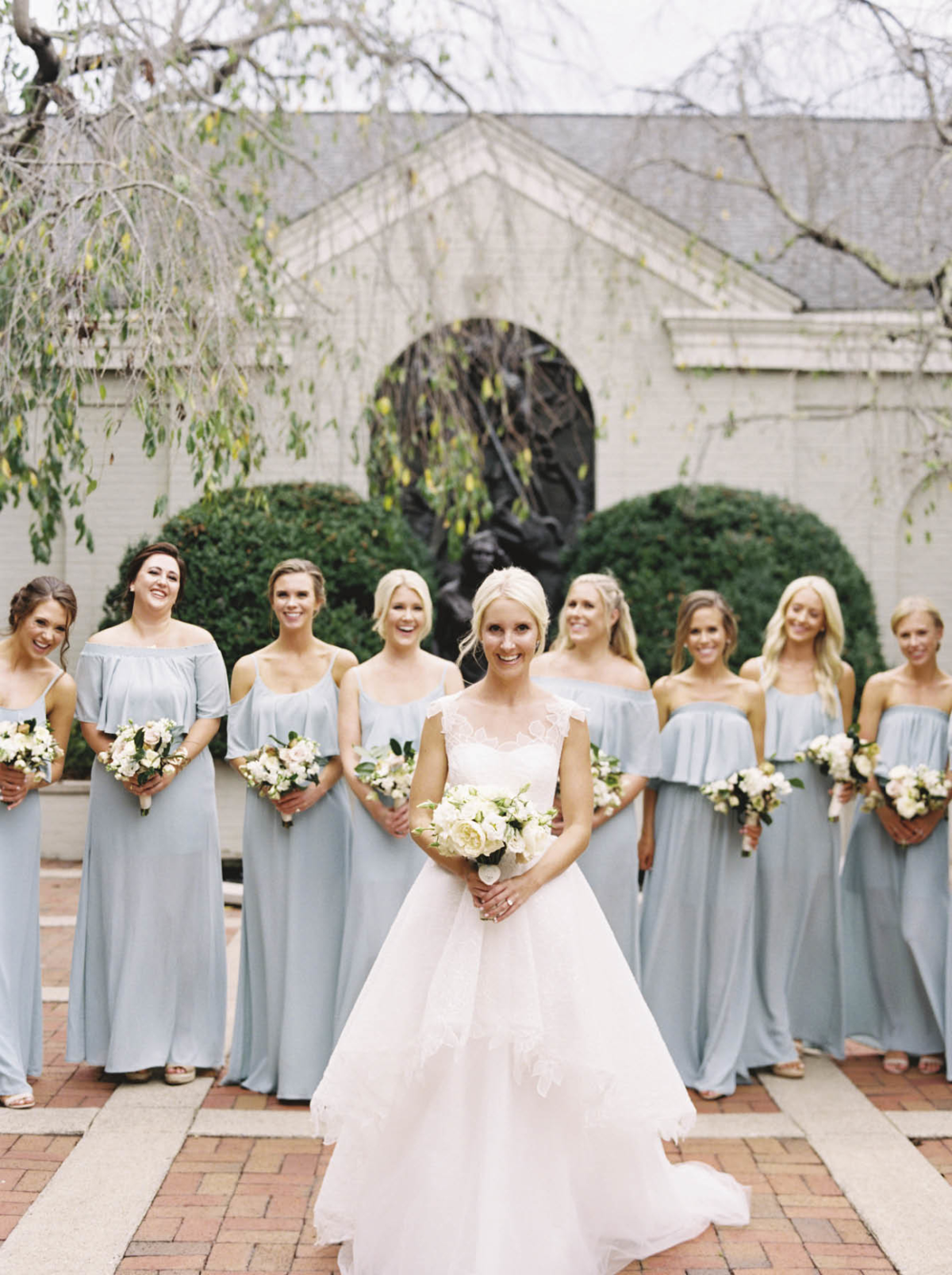 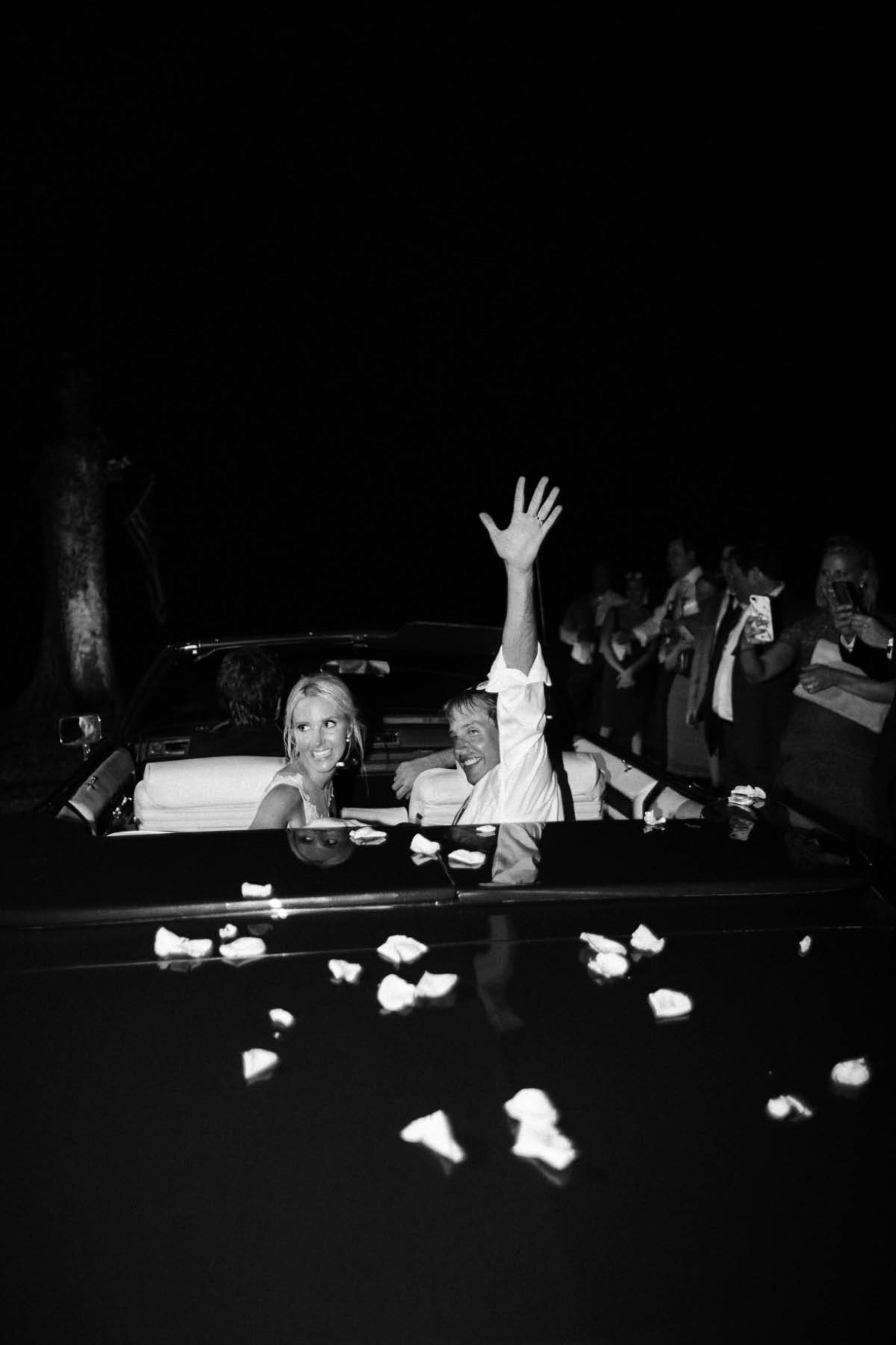 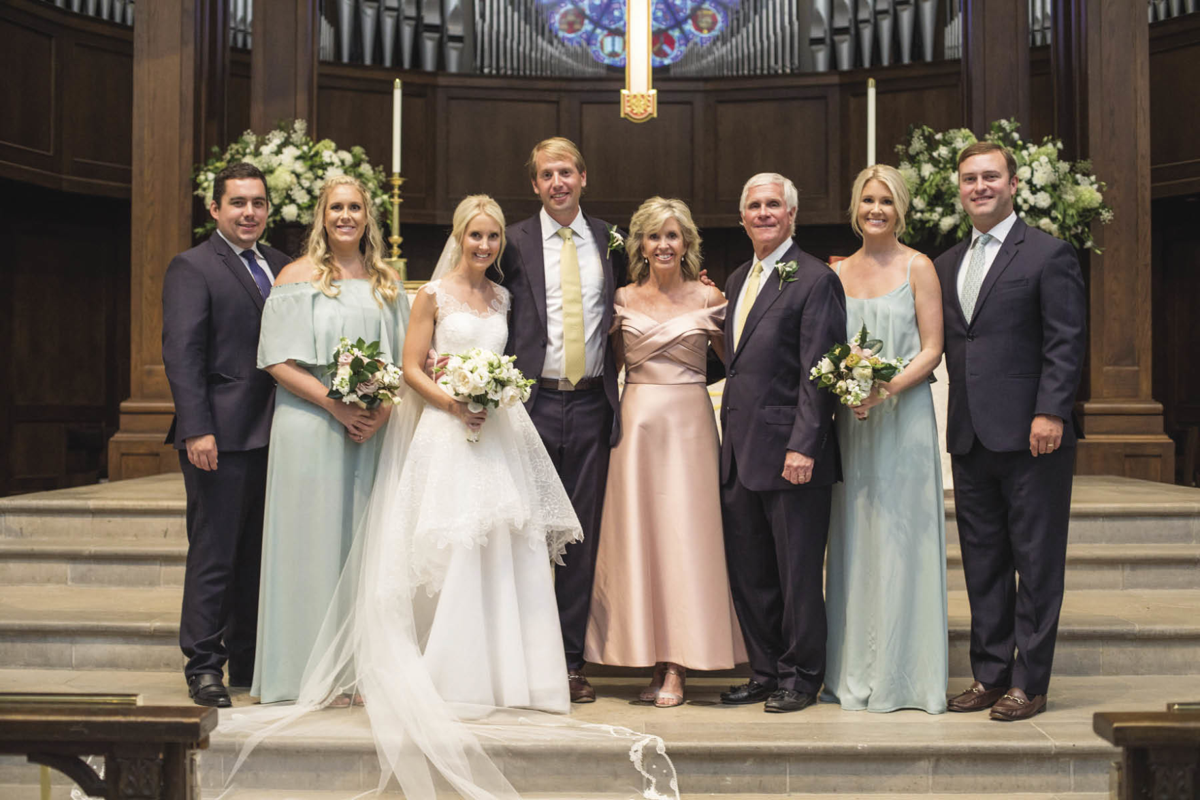 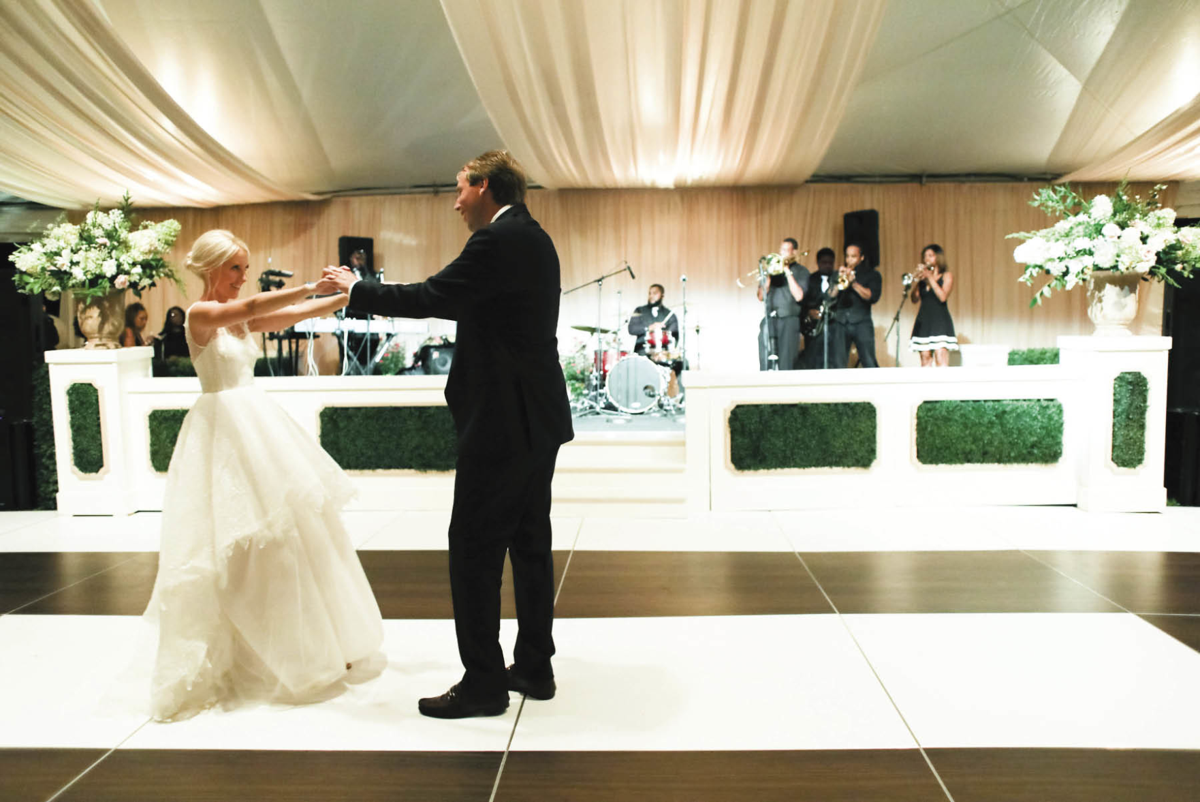 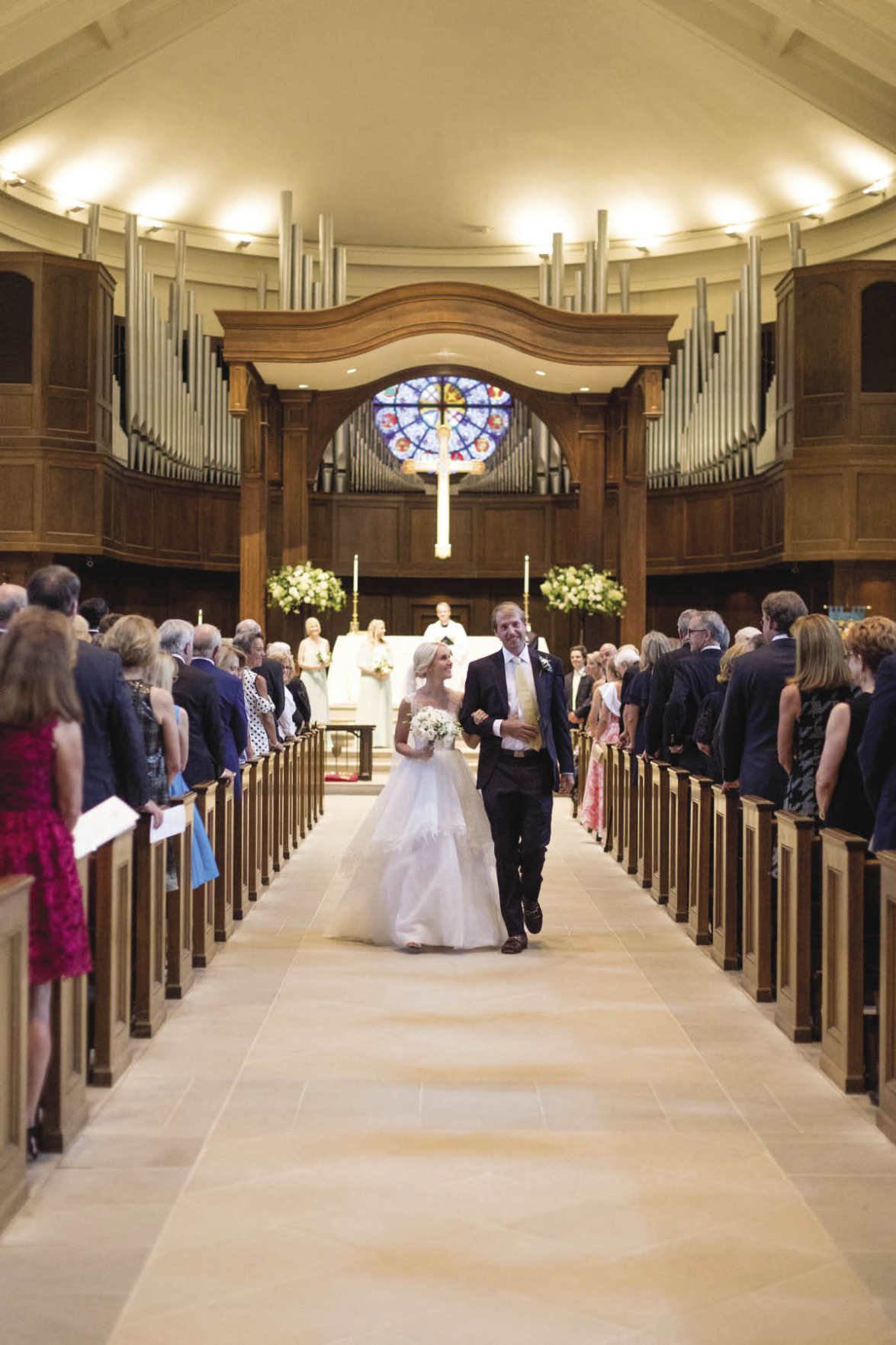 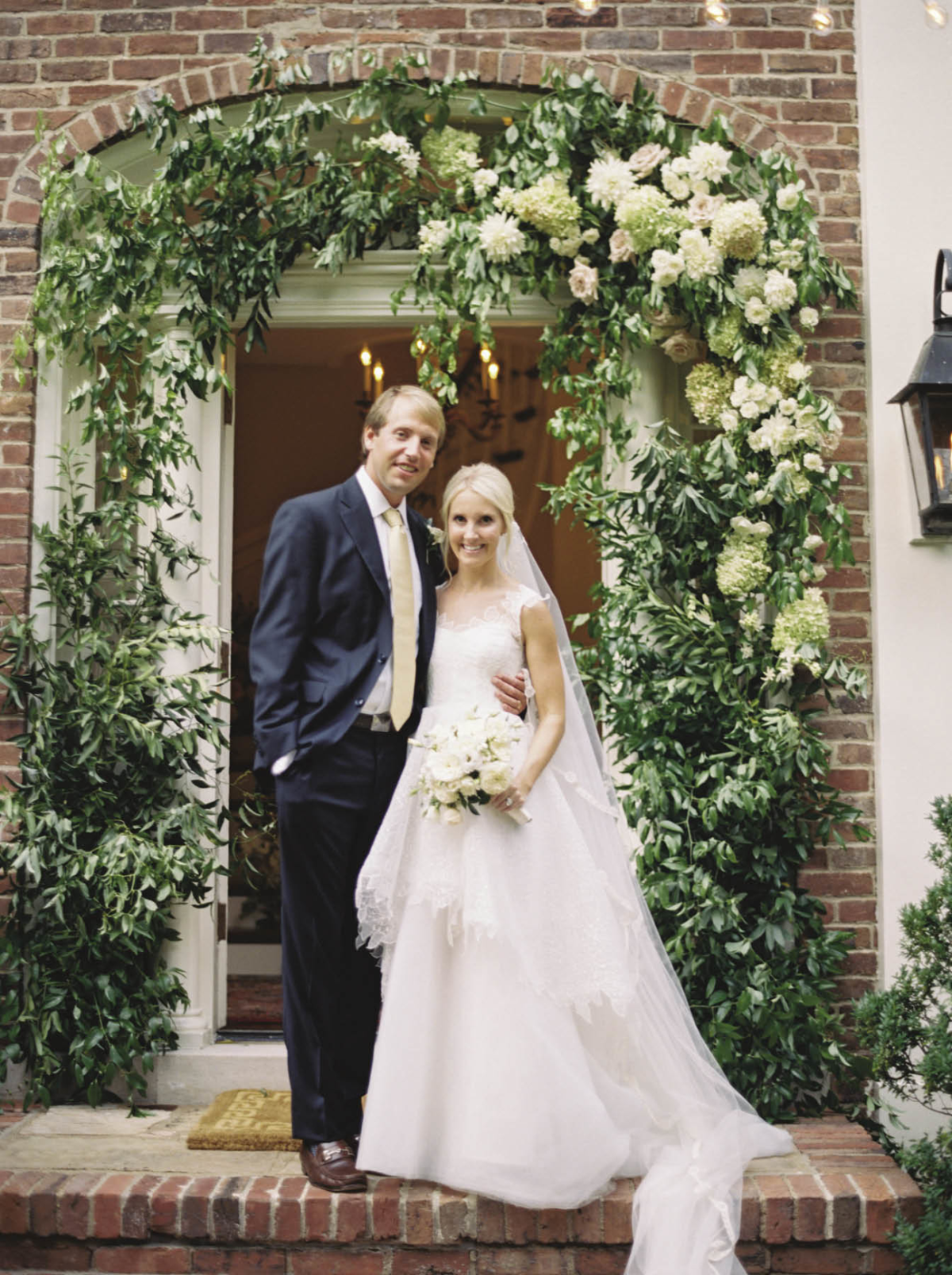 Frances Phipps and Carl Grote were in the same group of friends while attending Harpeth Hall and Montgomery Bell Academy. After college, they met again at a New Year's Eve party in 2012 and began dating in January.

Carl proposed in August 2017 at the Phipps family lake house in Florence, Alabama. He popped the question on a morning boat ride with a ring he had asked Frances' mother to hide in the glove box earlier. "When we arrived back at the dock," said Frances, "our parents were there to celebrate, along with my sister Hayley and her husband, David."

They married in September at St. George's Episcopal Church with the Rev. R. Leigh Spruill officiating. The bride wore a gown designed by Isabelle Armstrong with a delicate garden rose motif in Chantilly lace. The couple recessed to organ music by Gerry Senechal and trumpet by Joel Treybig, playing "Hallelujah," as this was the third Phipps daughter marriage of the year. "My father put on three weddings in one calendar year," said Frances. "It was a very fun year for our family."

The rehearsal dinner was held at the home of the bride's family, and, due to size, the reception was moved to a tent in the Grotes' backyard. Jenny Richter Corts was the event planner, and Dani Kates catered the dinner of tenderloin and shrimp.

The Atlanta Allstars played for dancing, and the last song of the evening was "Good Lovin'," performed by the groom's college band, The Hoover Maneuver, with Carl on the piano. The couple left amid a shower of rose petals in a friend's vintage Cadillac convertible.

After a wedding trip to Greece, the couple returned to Nashville, where she is a meeting and event manager at Tennessee Realtors and he is an investment banking associate atRobert W. Baird & Co. Frances is a graduate of The University of Mississippi, and Carl is an alumnus of Washington and Lee with a master's from The University of Texas. Their parents are Martha and Johnny Phipps and Leslie and Gus Grote.