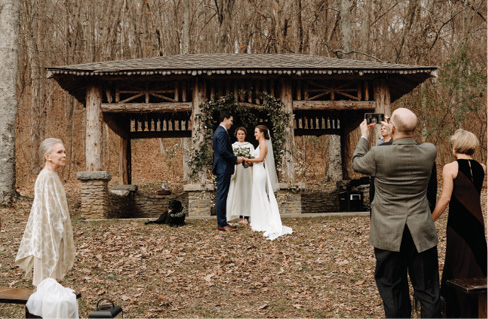 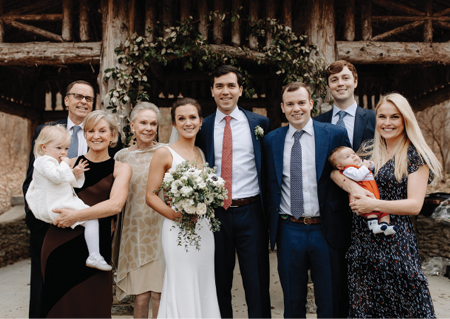 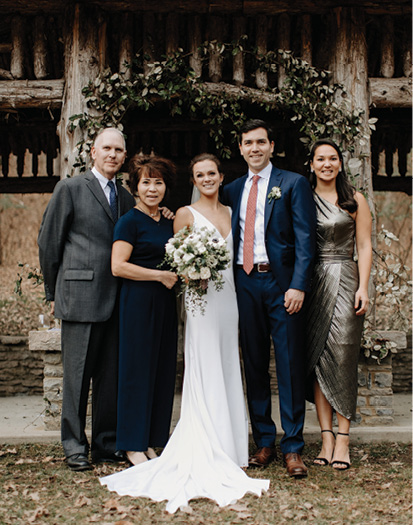 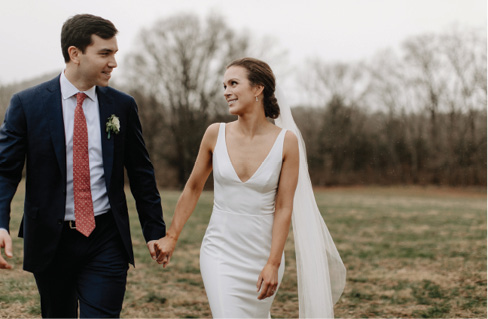 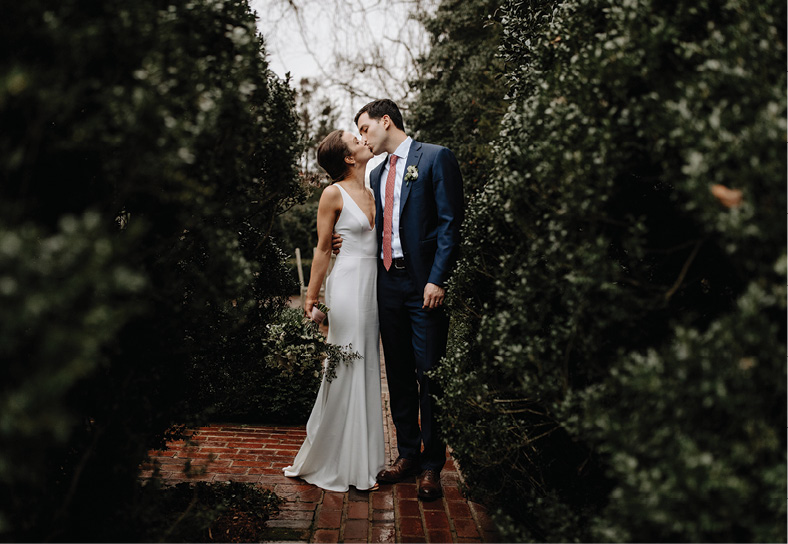 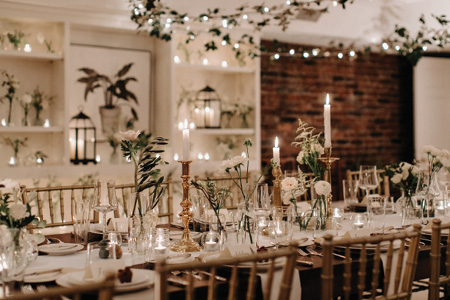 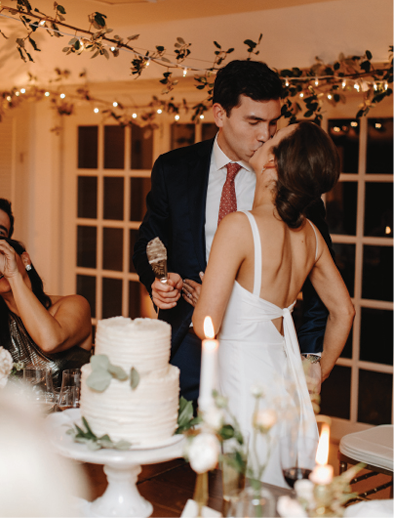 Anna Armistead and Billy Clinton first met at the University of Virginia in 2008 but didn't begin dating until they were both in Chapel Hill, North Carolina, nine years later. She is the daughter of Tara and Benjamin Armistead of Nashville, and he is the son of Sharon and William Clinton of Upperville, Virginia.

Billy proposed in August 2019 while they were in Washington state. "We were taking an evening walk on North Beach overlooking Victoria, British Columbia," said Anna. "After deciding to head back for dinner, Billy stopped and proposed."

The couple married December 28 at Ridge Field in Edwin Warner Park with the Rev. Becca Stevens officiating and her husband, Marcus Hummon, playing wedding music on his guitar. "We were incredibly lucky with the weather " said Anna. "Even though it was late December, the temperature was in the 60s, and we dodged a rain shower by about 30 minutes."

"Our wedding party was just our families," continued Anna, "with the dogs as my bridesmaids. It was such an intimate and special day in a place so dear to all of us."

The bride wore a crepe gown with a Windsor-knotted back and carried a bouquet by FLWR Shop. The reception followed at the home of the bride's paternal grandmother, Clare Armistead, or "Mema," as Anna calls her. The Party Line catered and created signature gourmet Jell-O shots for pre-dinner treats.

The bride's father, Ben, and Marcus wrote a song about the newlyweds. "It brought down the house," said Anna. "Such a memorable part of the evening, with my dad on the box drum and Marcus on the banjo."

The bride and groom both hold bachelor’s degrees from UVA. Anna is a nurse practitioner with a master's from Vanderbilt, and Billy is an attorney with a degree from UVA Law School. They live in Washington, D.C., and are planning a belated honeymoon to South America in the fall.

Photographs by Hannah Foldy and Brad and Jen Photography