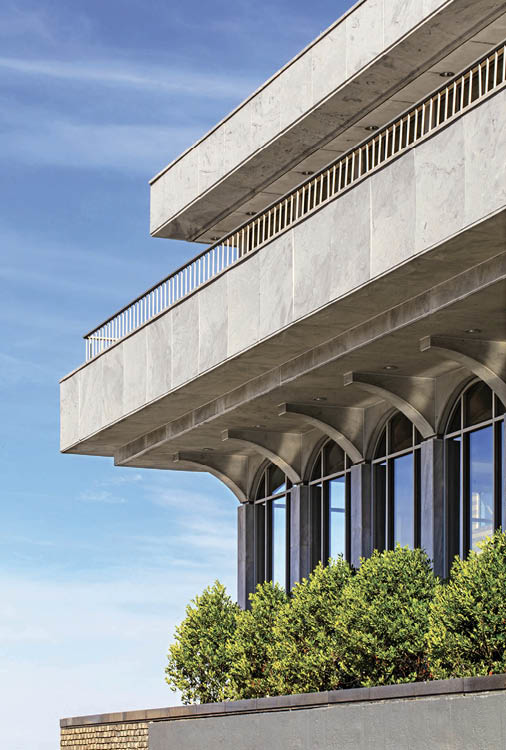 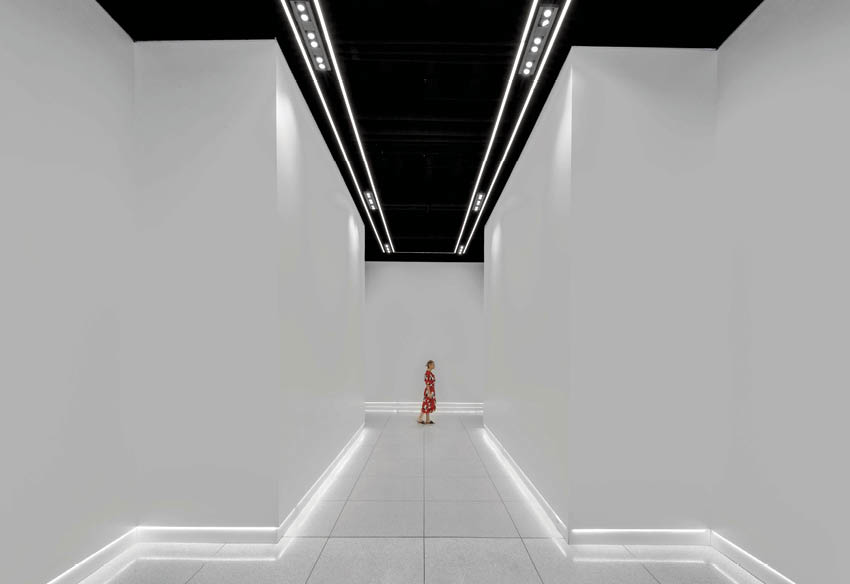 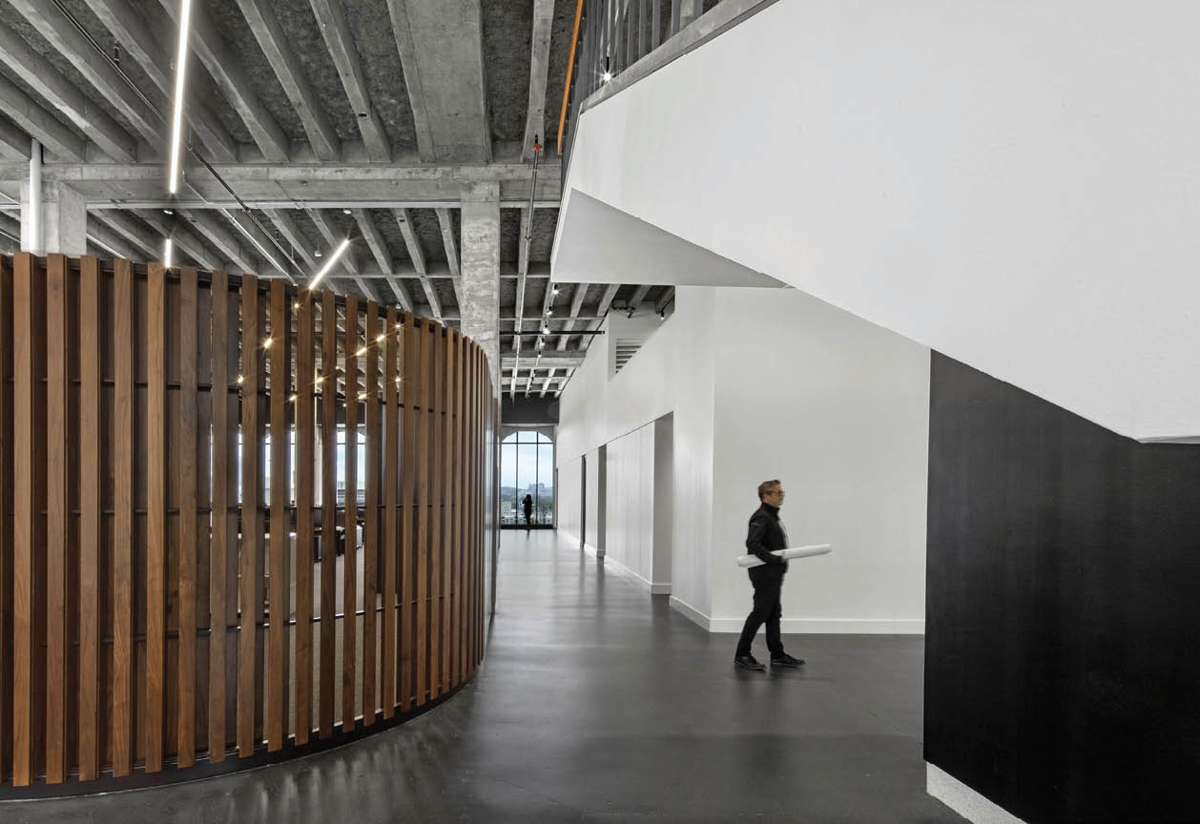 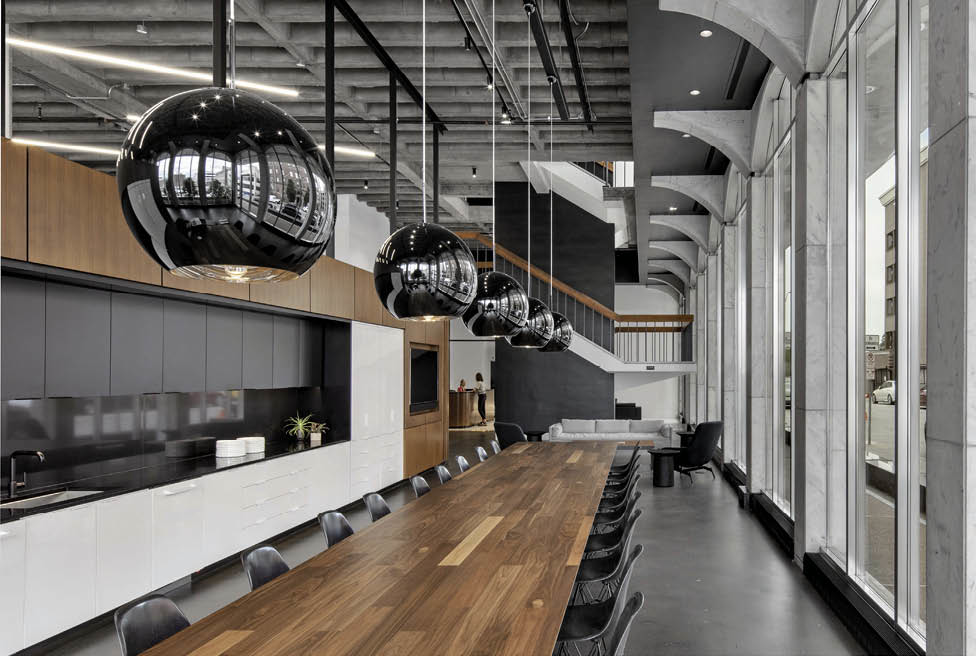 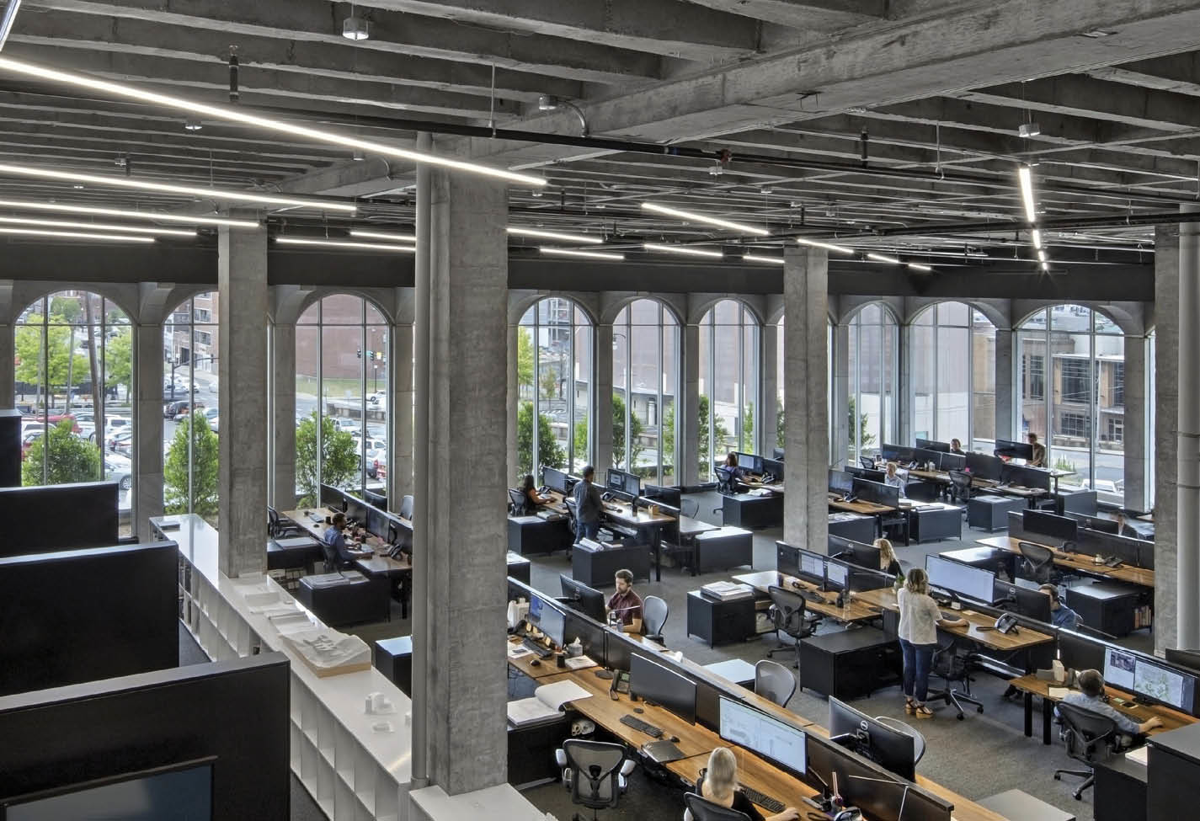 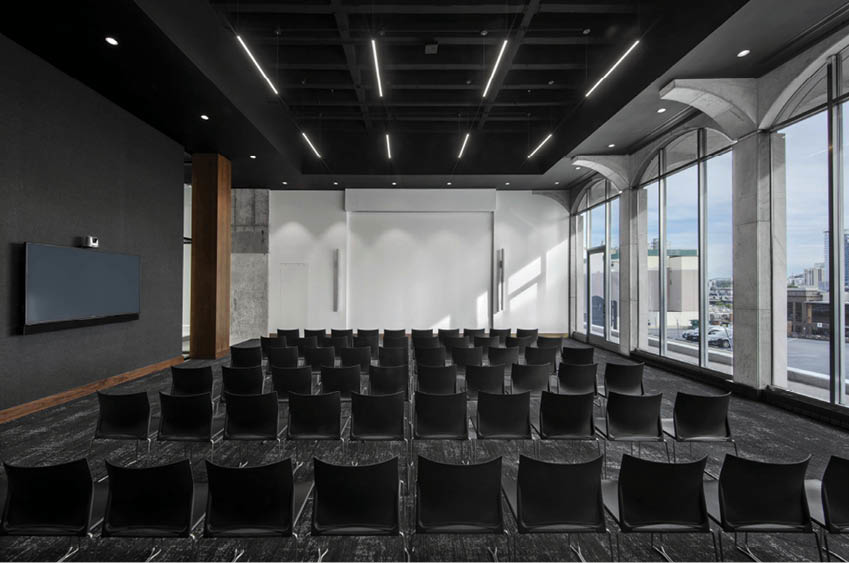 Why would a nationally acclaimed contemporary architecture firm want to move into a midcentury Metro building in disrepair that had been sitting vacant for most of two decades? In the case of Hastings Architecture’s latest project, it was a combination of nostalgia and the love of a good challenge.

In 2017, the firm’s partners purchased the historic building at 225 Polk Ave., which was previously home to the Ben West Library. “We get to put our contemporary architecture firm in this New Formalist building, and I think that’s just a challenge any architect would love,” says partner David Powell. “The first-floor ceiling height and its volume, the second-floor wraparound terrace that goes around the entire second floor, so fabulous views all the way around and on and on and on. There are just great bones to this building.” Until recently, midcentury modernist buildings weren’t always as appreciated, so while prewar buildings abound in Nashville, there are far fewer from the ’50s and ’60s still standing — another reason the project was so appealing.

Hastings moved in a year ago, occupying a little over half — 24,000 square feet — of the building. The remainder is taken up by two tenants: McALPINE architecture and design firm and United Talent Agency, a Hastings client.

The partners were so committed to preserving the outside of the 1965 building, designed by well-known Nashville architect Bruce Crabtree, that they found the quarry that provided the original stone and either restored or replaced all of the exterior marble, including the arches that frame the building.

“In the interior, however,” says David, “because so much of the library had been removed by the city, we thought there’s very little to save, so let’s think about this the other way — this is kind of an architectural way to think about this — let’s celebrate the original building by stripping it down to its bones.”

In the office space, the plaster and drywall were removed, leaving the original structural concrete columns and ceiling exposed. The color scheme throughout is shades of black and white. Amidst all the glass, marble and concrete, walnut wood adds warmth and echoes what was used in the Ben West Library. Some interior elements were refurbished, including the original terrazzo grand staircase and the walnut handrail in Hastings’ office.

David calls the building’s minimalist and sleek main lobby the palate cleanser. “You shed the urban grit from the street, which you just came from.” The terrazzo floors in the building’s main entryway are also original. To the left is the lobby, where a reception desk — also in walnut — is backlit by videos projected onto a concrete wall, highlighting the firm’s projects and clients.

No ordinary break room, the focal point of the firm’s window-lined café is a walnut dining table that seats 30, accented by Tom Dixon black globe lights and complemented by Herman Miller chairs. In front of a sofa is a custom steel-frame coffee table with wood inlay repurposed from one of the library’s original doors. “It’s just really a great place for us to come together as a family,” says David.

Because of the building’s significance to the city, the partners wanted nonprofits and agencies, such as the Metropolitan Historical Commission and the Nashville Civic Design Center, to be able to enjoy the space, as well. The Athenaeum, the original library’s auditorium, is often used for parties and events “somewhat coincidentally,” says David. “Maybe, actually, ironically, the Metro Public Library used it for their Christmas party.”