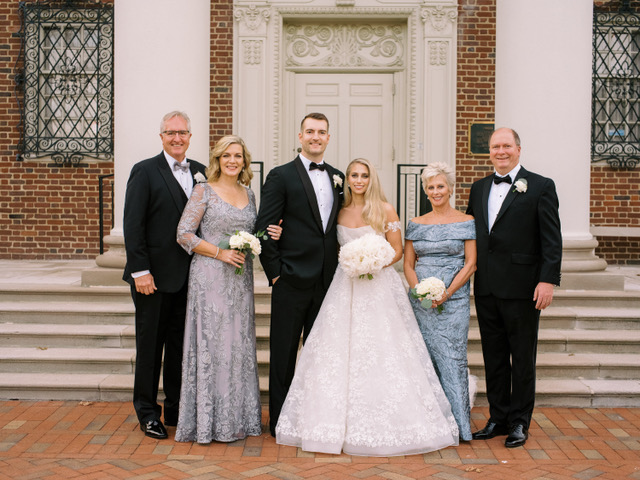 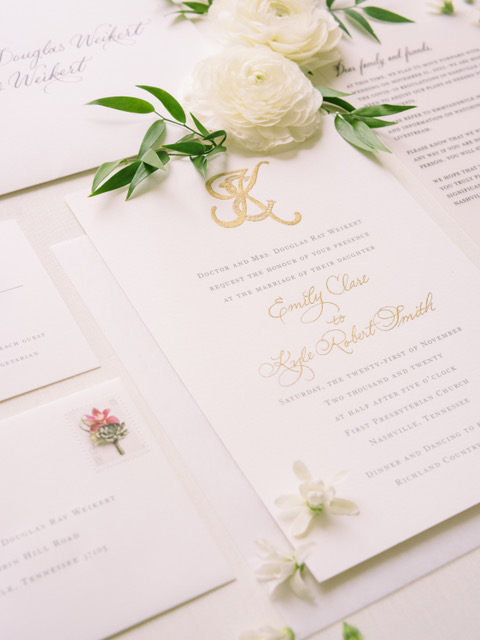 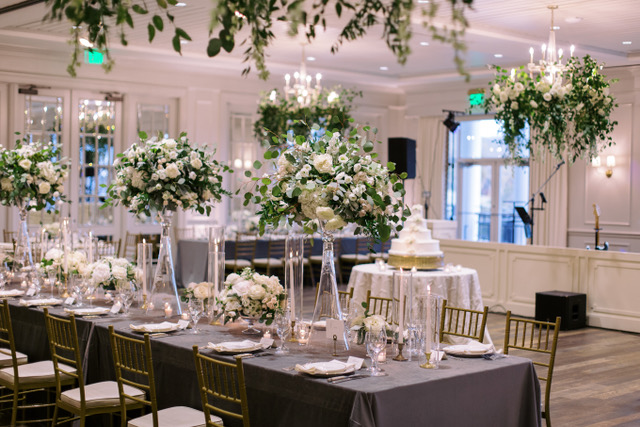 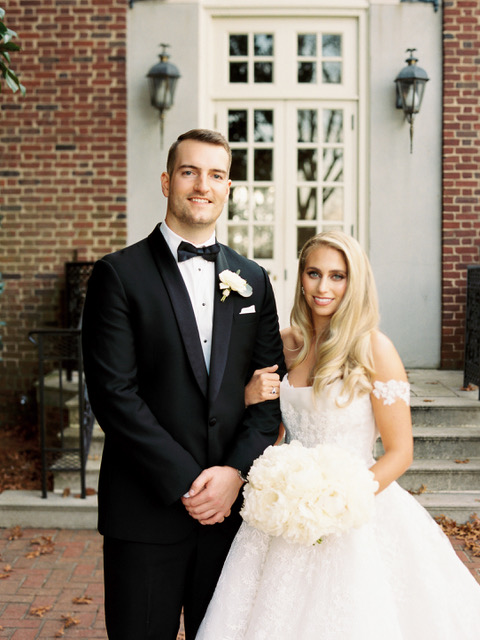 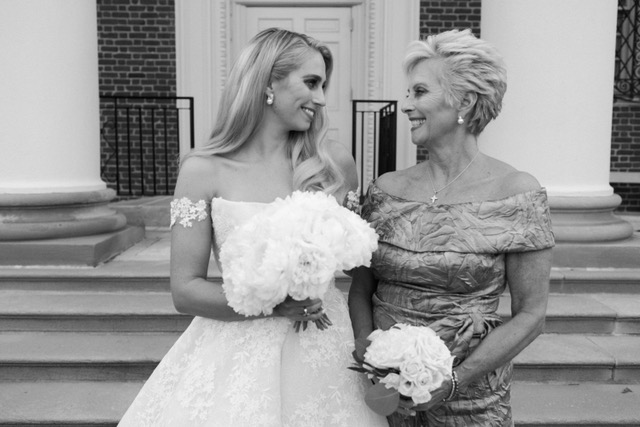 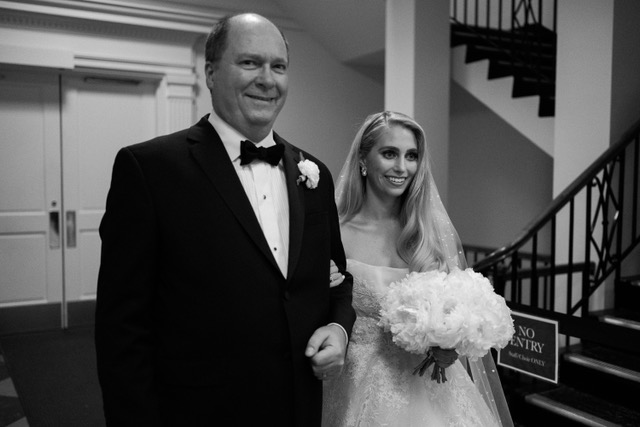 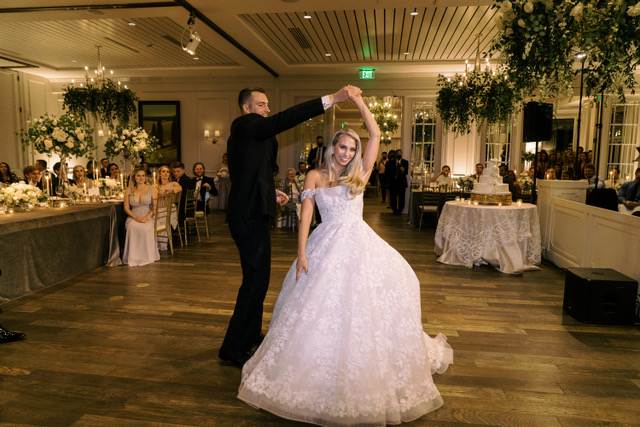 Emmy Weikert and Kyle Smith met at Vanderbilt University, where she was a cheerleader and he was on the baseball team. After five years of dating, they became engaged on a ski trip to Jackson Hole, Wyoming. "Kyle skied around the mountain for three days with the ring in his backpack before finding the perfect spot to ask the important question," said Emmy. The moment came after a gondola ride to the top of Corbet's Couloir with a snowy vista in the background. All Emmy remembers is telling Kyle, "Don't drop it!"

They married in November at First Presbyterian Church with Dr. Ryan Moore officiating. A special feature of the ceremony was a family tradition of planting a tree. The couple chose a camellia tree — an evergreen with white blossoms — which is said to symbolize love, devotion and faithfulness.

The bride wore a couture gown by Ines Di Santo and carried a delicate bouquet of white peonies by Melissa Broadwell with Vintage Florals. Owners Kyle Brougham and Andrew Pentecost of Bea Rose Salon blew Emmy away with an Old Hollywood glamour-inspired look better than she could have even envisioned.

The reception was at Richland Country Club, where guests dined on coconut shrimp, short rib empanadas, roasted tomato tarts, herbed chicken and beef filet before enjoying lemon and hallelujah bundt cakes created by Dessert Designs. Emerald Empire Band played, and Brandy Lester helped plan the event. Signature drinks were a French 75 called The Emmy and an old fashioned dubbed The Kyle. The couple drove away in a white 1959 Bentley.

"We had to downsize the wedding considerably due to COVID-19 regulations in Davidson County and out of concern for guests' safety," said Emmy. "While we would have loved to celebrate with everyone as originally planned, we were grateful to be able to go forward with the wedding on our original date."

Emmy and Kyle live in Nashville, where she is the director of events at Wellspire and head cheerleading coach for Montgomery Bell Academy, and he is a sales representative for Stryker. Their parents are Becky and Doug Weikert of Nashville and Rondy and Bobby Smith of Old Hickory.