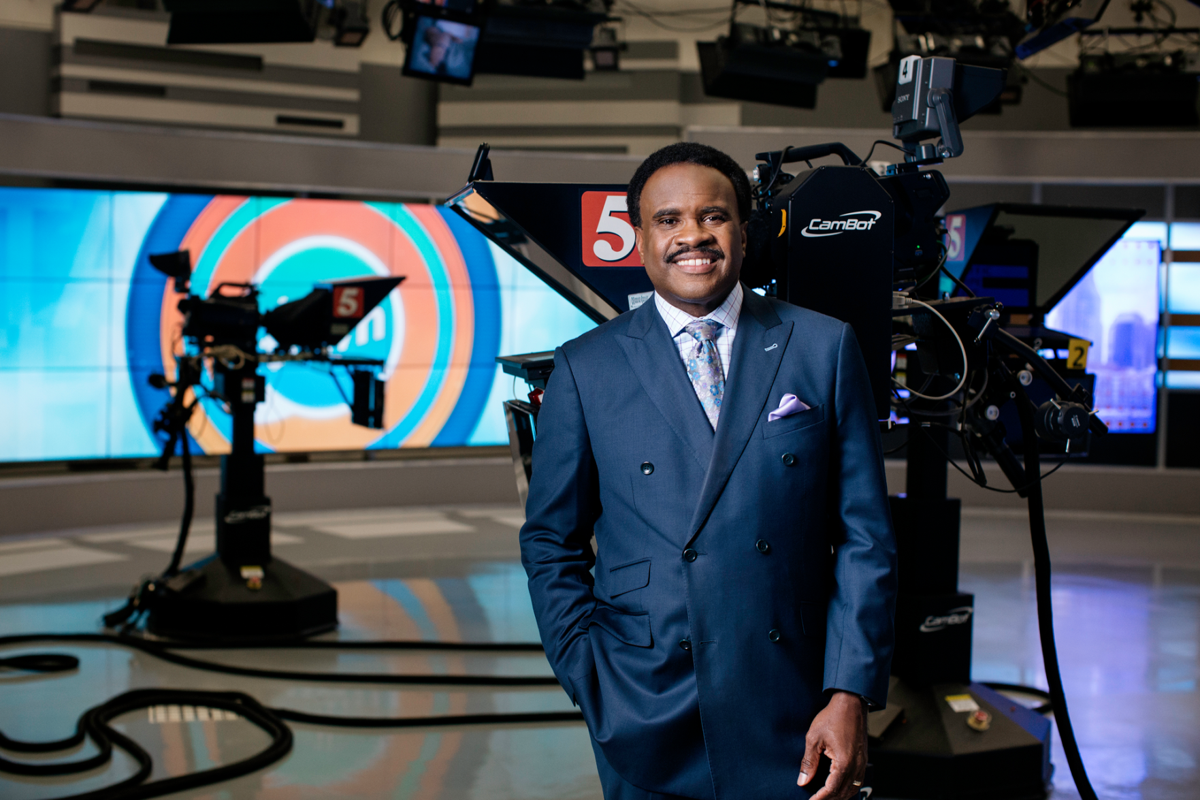 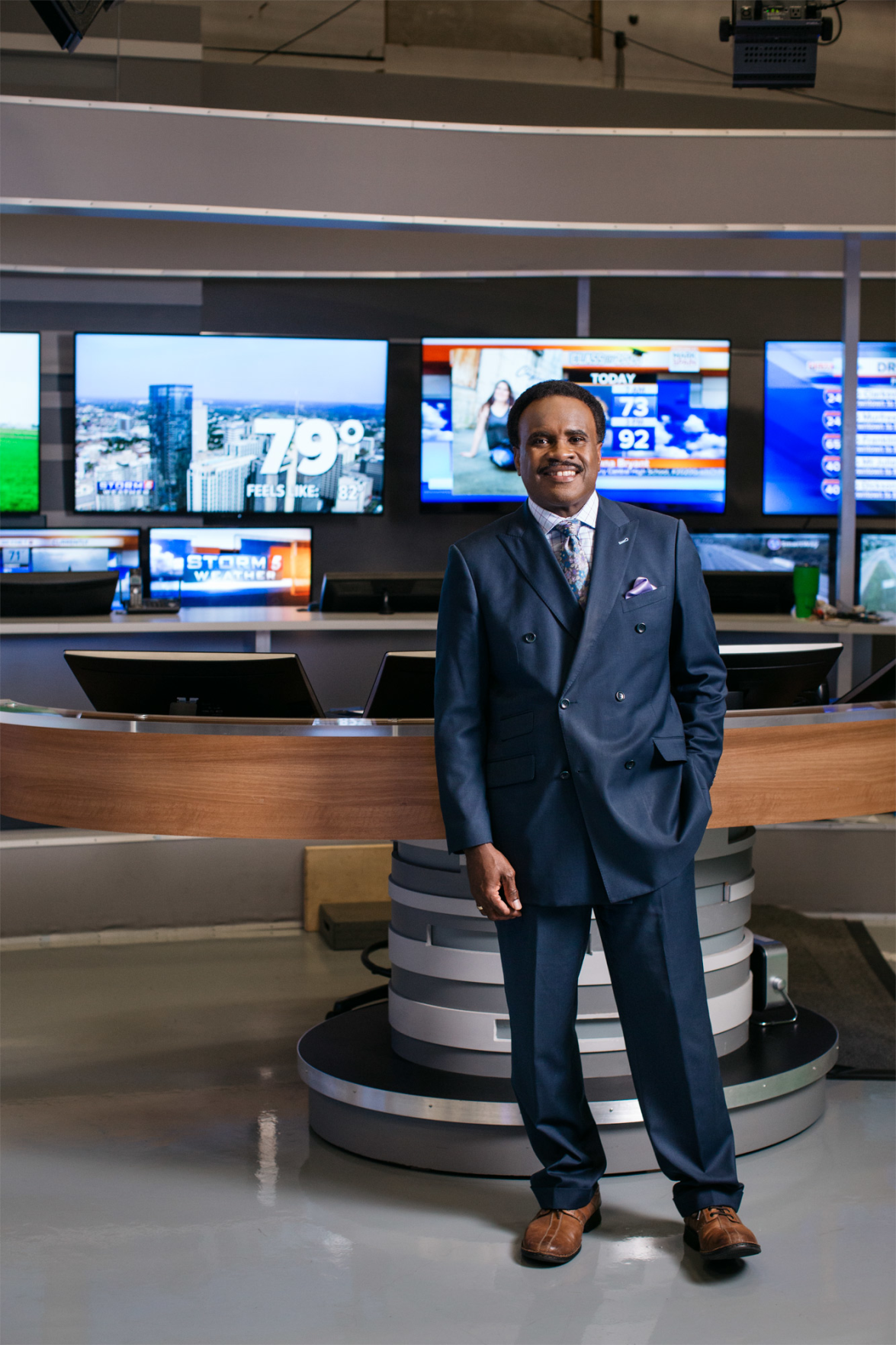 Emmy Award-winning meteorologist and Talk of the Town co-host Lelan Statom has been helping Middle Tennesseans plan their days since he joined NewsChannel5 This Morning in 1999. He has an undeniable gift for taking something that is complicated and relaying it in a way the rest of us can understand.

Since coming to the station in 1993, Lelan has been the trusted voice that guided us through multiple natural disasters, and in 2019, he was named Broadcaster of the Year by the National Weather Association for his accurate and timely forecasts and his passion for giving back to the community. Active in his church, Lee Chapel AME, and the Nashville Association of Black Journalists, he currently serves on the executive council for the Boy Scouts Middle Tennessee Council and the board of the Tennessee 4-H Foundation. And somehow, he finds time to speak to thousands of students across the Mid-South each year, which he hopes to do again soon.

As a kid, Lelan wanted to be an actor first and a reporter/anchor second. He focused on the latter while at the University of Tennessee and moved to weather while at a Knoxville station. The shift wasn’t difficult, because growing up, he loved tracking the weather with his backyard weather station. The acting bug never left Lelan, though, and he’s also known for cameo appearances in productions for the Nashville Ballet, Nashville Repertory and TPAC.

Now that NewsChannel 5 This Morning is doing team weather, Lelan can “sleep in” until 3 a.m. and get to the station by 4:15. We caught up with him to hear his most memorable Talk of the Town guest, the challenges of reporting on a natural disaster and the best advice he's ever received.

Who’s the most fascinating guest you’ve met on Talk of the Town? Dame Julie Andrews is among the tops on that list. Ahead of time, we were told not to ask to take pictures with her. She quickly tossed that out and took pictures with many of us. She was so down-to-earth. The show celebrated its 35th anniversary in March, and its history has given us the opportunity to have a host of stars come to the studio. Close second for me: Patti LaBelle.

What’s one of the most interesting places you’ve been or things you’ve done during your time at NewsChannel 5? Outside of weather and being on the air long hours in severe weather, it would be flying to Chicago to interview Stephen Colbert before he took over as host of The Late Show. I was impressed he had taken the time to research a little about me that he mentioned during the interview.

What gives you strength when reporting a major disaster like the March 3 tornadoes? It’s our hope that the information we’re delivering will save lives. There was an unfortunate loss of life that night, but the fatalities may have been much higher without detailed reports on those storms that occurred in the middle of the night.

What advice would you give to someone who wants a career as a meteorologist or in broadcasting? This is easier for youth today, but be adept at reporting on different platforms: over the air, over the top, on the web and social media. Also, make sure you do an internship to have an understanding of how a newsroom operates. For those wanting to be a journalist, be a good writer. In other words, be a good storyteller.

What’s your favorite locally made product? The Cupcake Collection!! I love them all, but my favorite is Blackout: lots of chocolate, of course. Yolanda loves wedding cake, while our children like red velvet. My wife shares the owner’s (Mignon Francois) story of devotion at the end of the semester for one of her classes she teaches at Trevecca. Then, she gives them all cupcakes from there.

What’s the best advice you’ve ever received? Viewers are won one handshake at a time.

What’s your favorite local event? Tennessee State Fair. It’s fun to spend an evening there with the family, and it takes me back to fun childhood memories at the Dyer County Fair and my time in 4-H.

What’s the one thing you hope never changes in Nashville? Friendly people

Profession/Title: Senior meteorologist and co-host of Talk of the Town, NewsChannel 5

Behind the Scenes With Bill Forrester