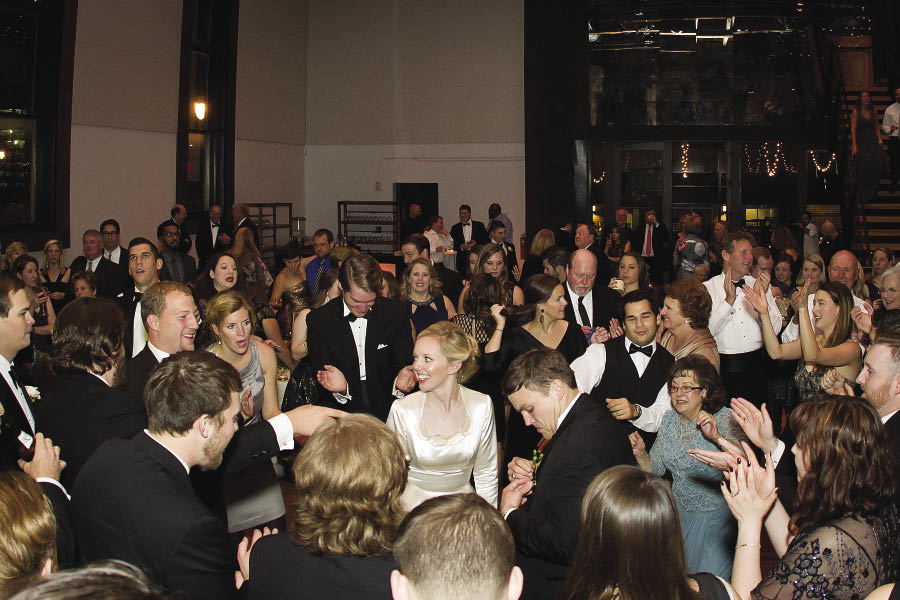 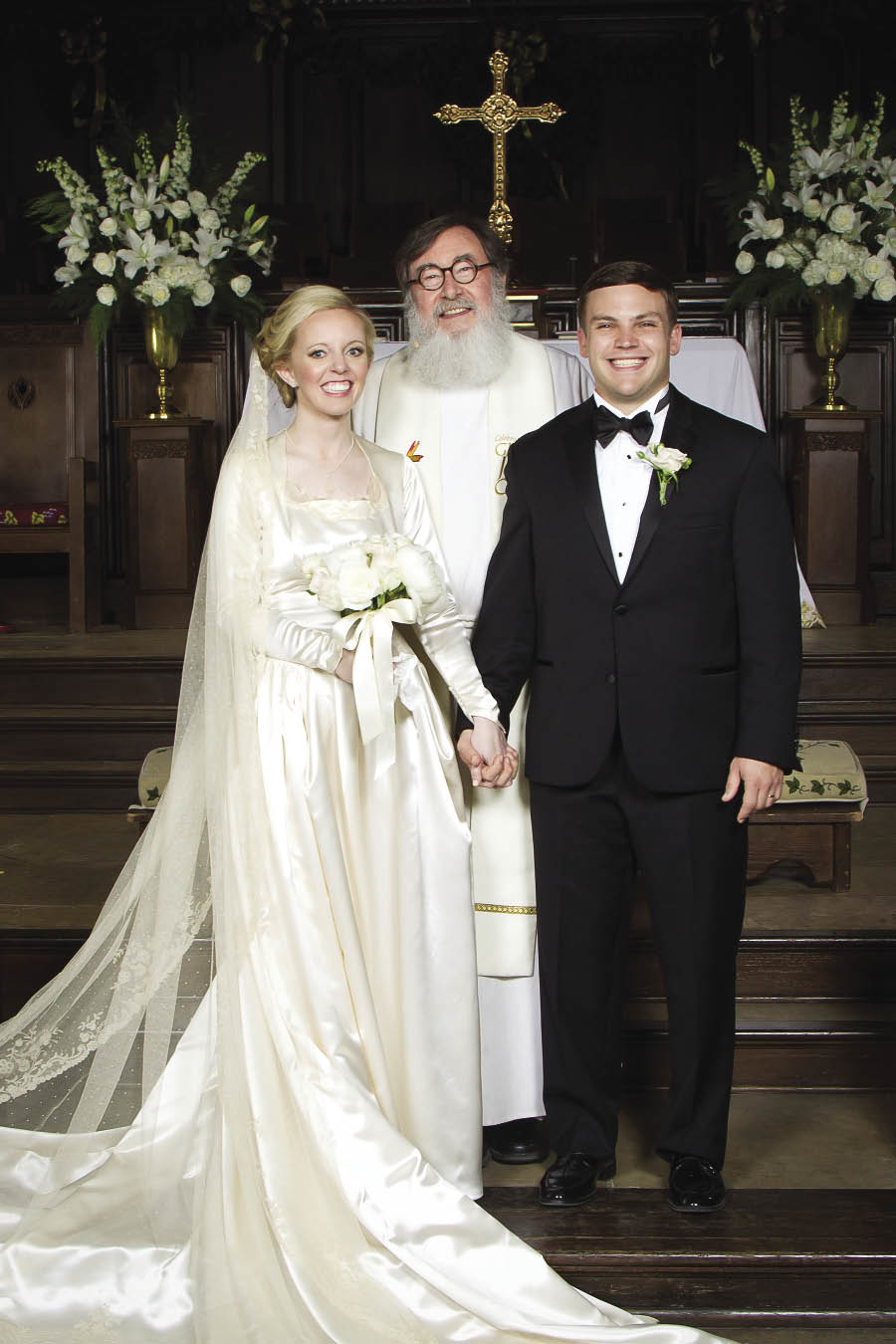 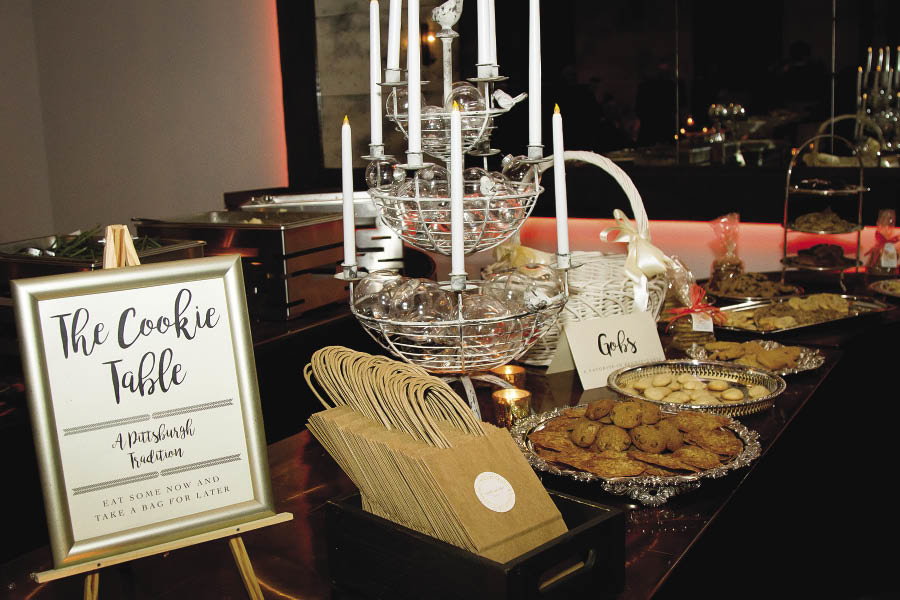 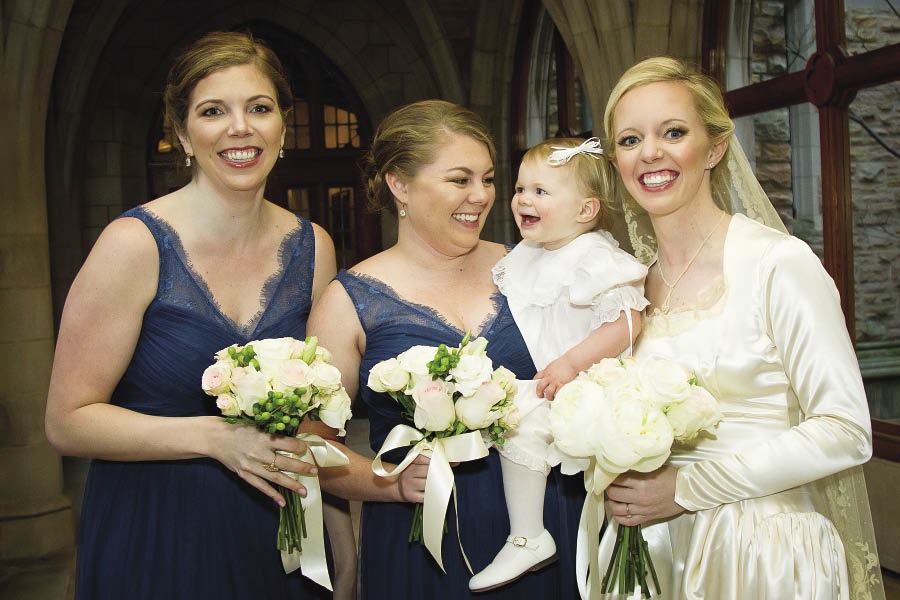 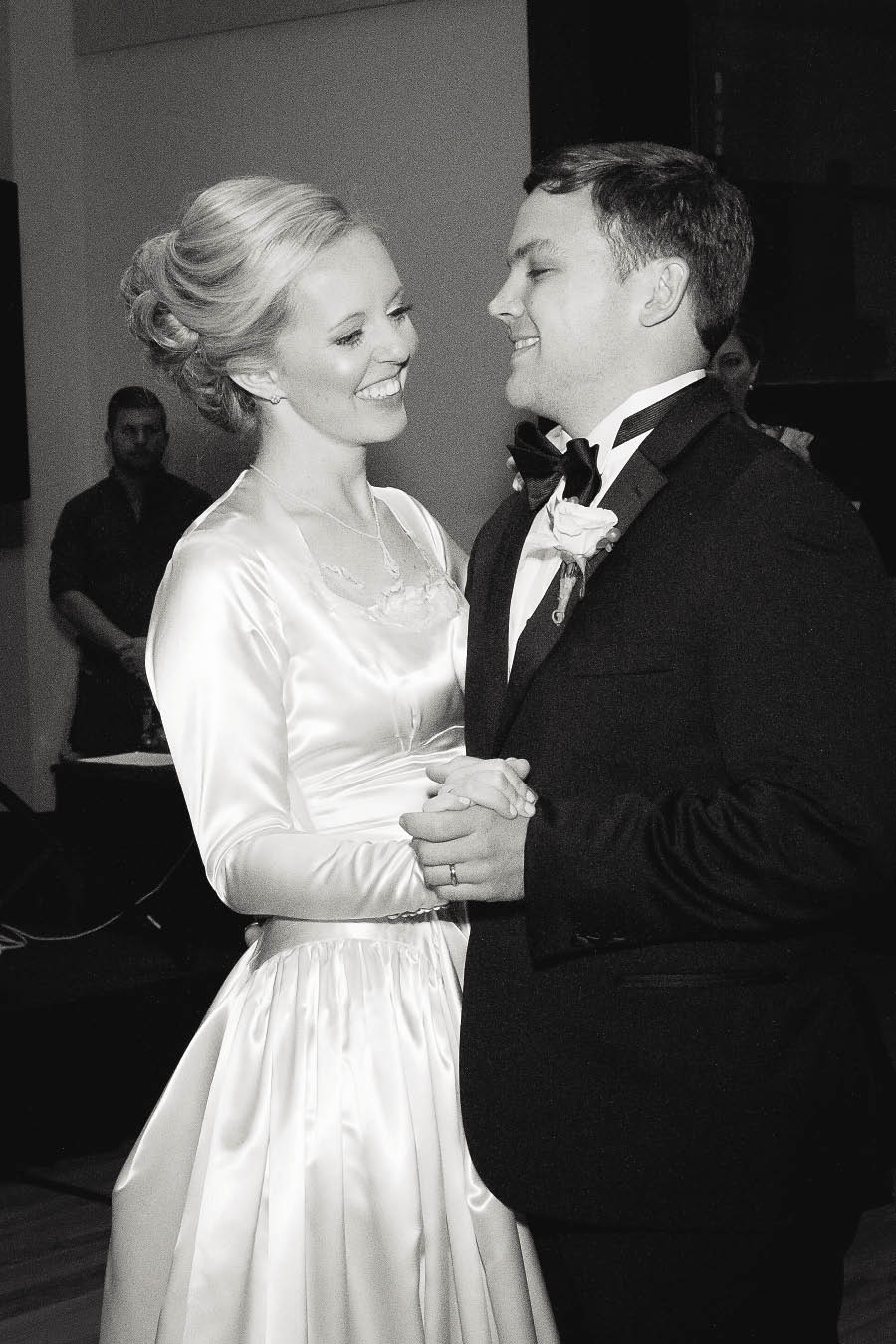 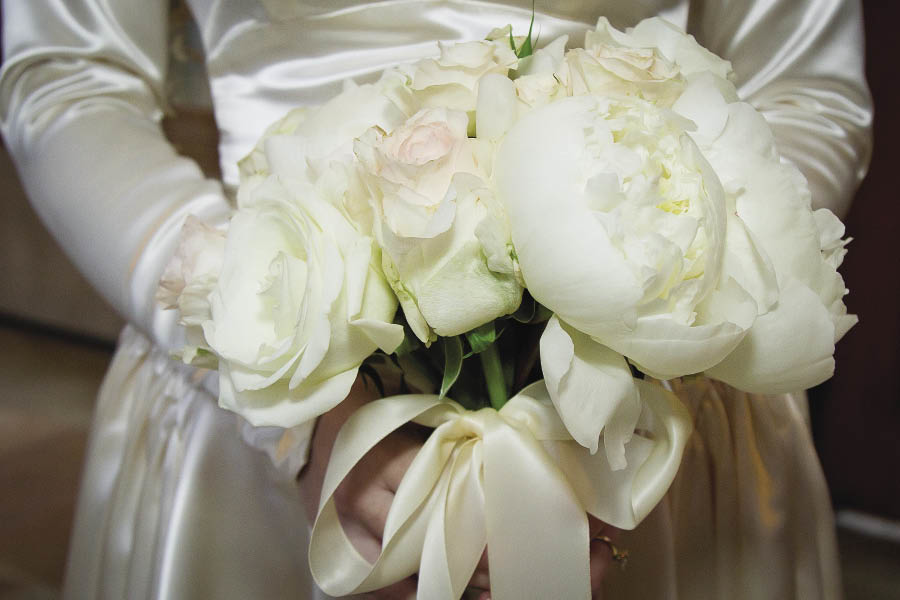 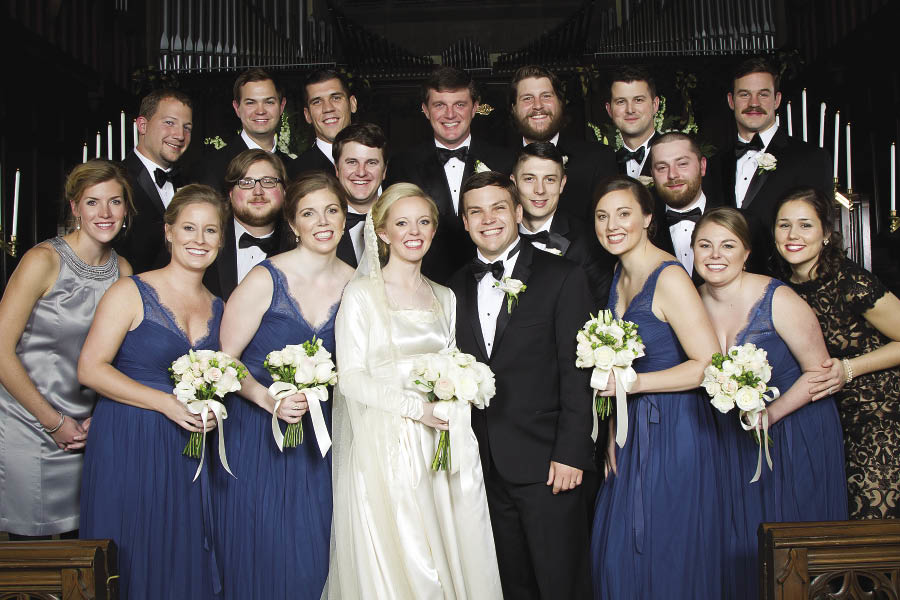 The reception was at The Bell Tower, where guests dined on chicken roulade, Parmesan risotto, haricots verts and spinach salad with goat cheese, pine nuts and cranberries. They danced to top hits from the '60s to present day by Raye Raye and Them.

Traditions from Western Pennsylvania, where Matt grew up, highlighted the festivities. In lieu of a groom's cake, they served "gobs" or whoopie pies, which are popular with the Amish. Among the Eastern European immigrants who settled the area, it is commonplace to have a table bearing thousands of cookies made by friends and family for guests to take home and enjoy later.

Also tied to Eastern European tradition was the bridal dance — sometimes called apron dance, dollar dance or redovy — performed to polka music. The bride's attendants, wearing aprons, offered shots for a dollar with a chance to dance briefly with the bride. Soon everyone was dancing in circles around Carolyn trying to prevent Matt from having the last dance — before finally allowing him the privilege.

After a wedding trip to Argentina, the newlyweds returned to Nashville where Carolyn is a registered nurse at Monroe Carell Jr. Children's Hospital at Vanderbilt and Matt is a planning, research and development division administrator at Greater Nashville Regional Council. Carolyn is a graduate of Harpeth Hall and The University of Tennessee. Matt holds a B.A. from The University of the South and an M.A. from American University. Their parents are Laura and Robert Riley of Nashville and Mark and Jana Von Lunen of Davidsville, Pennsylvania.