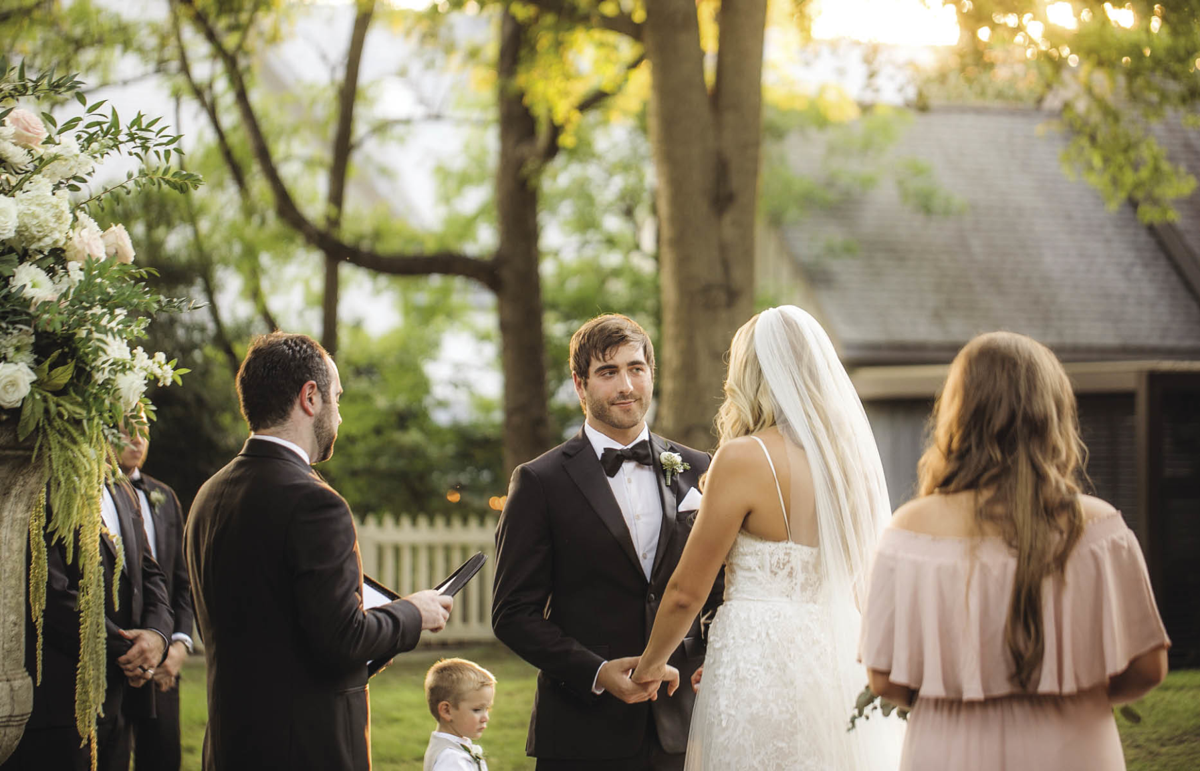 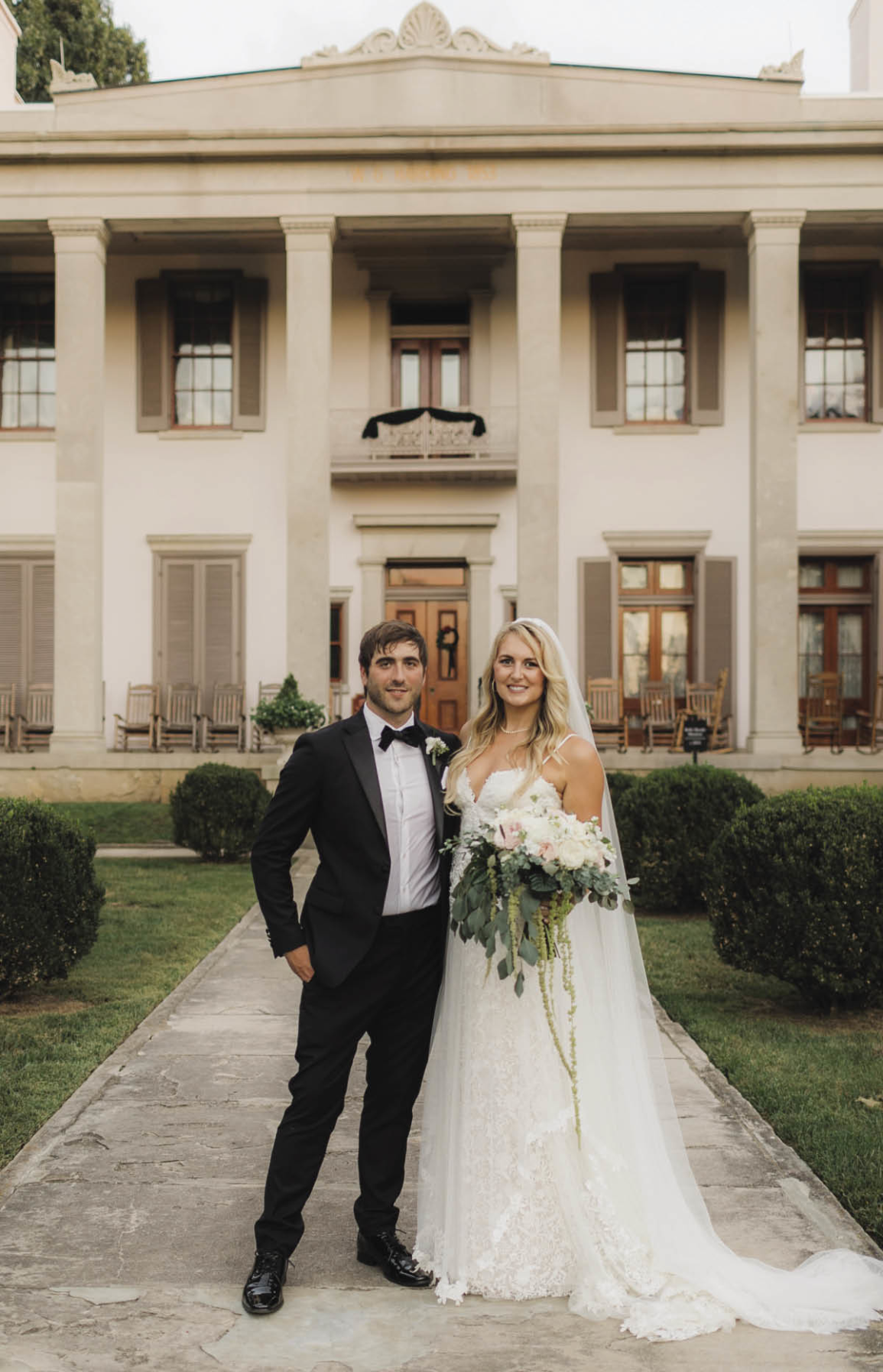 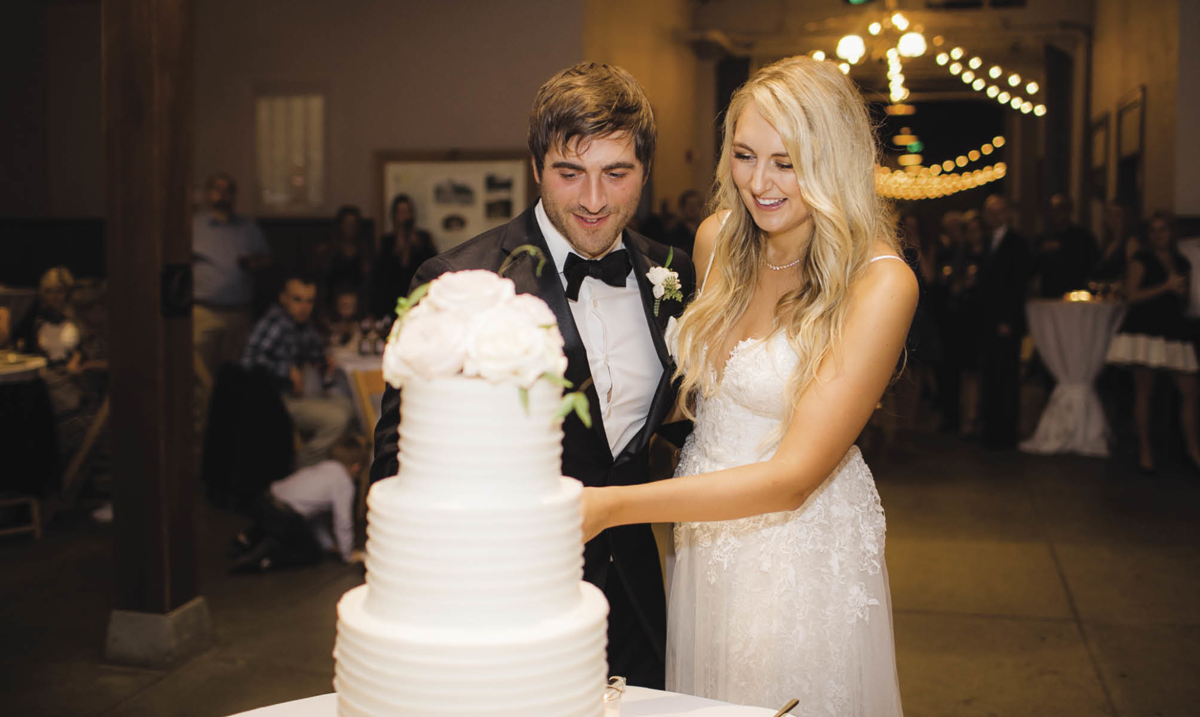 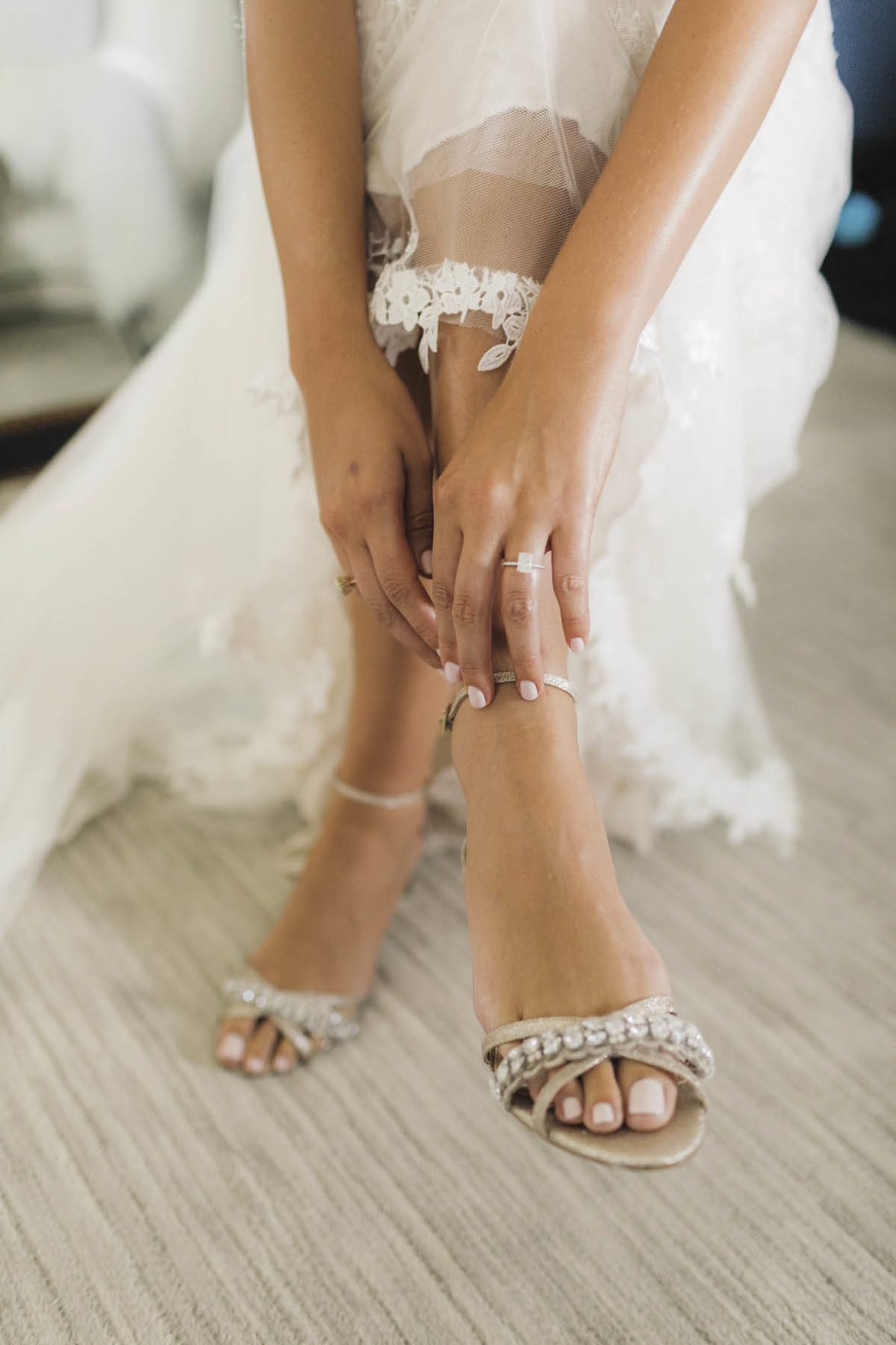 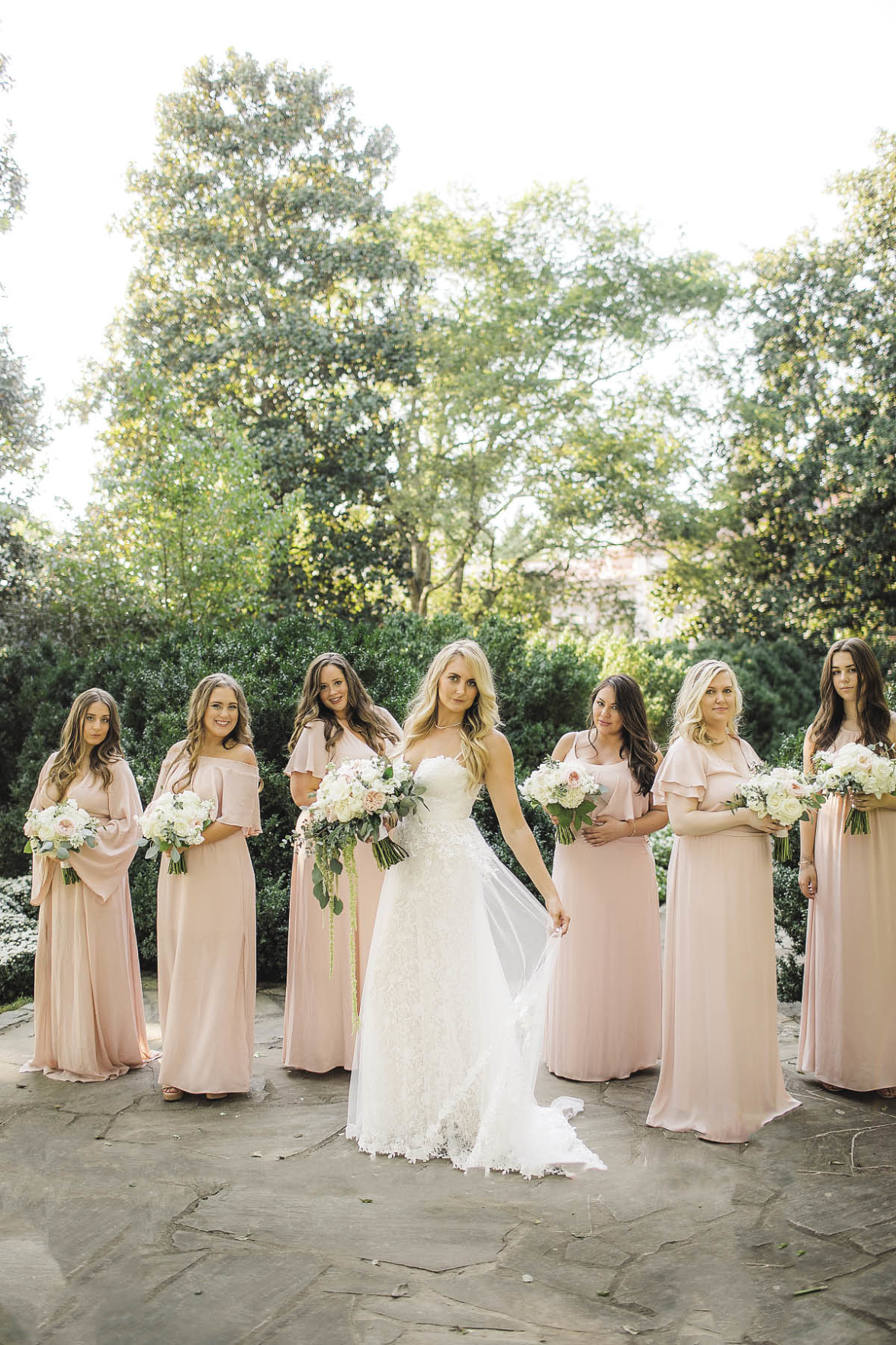 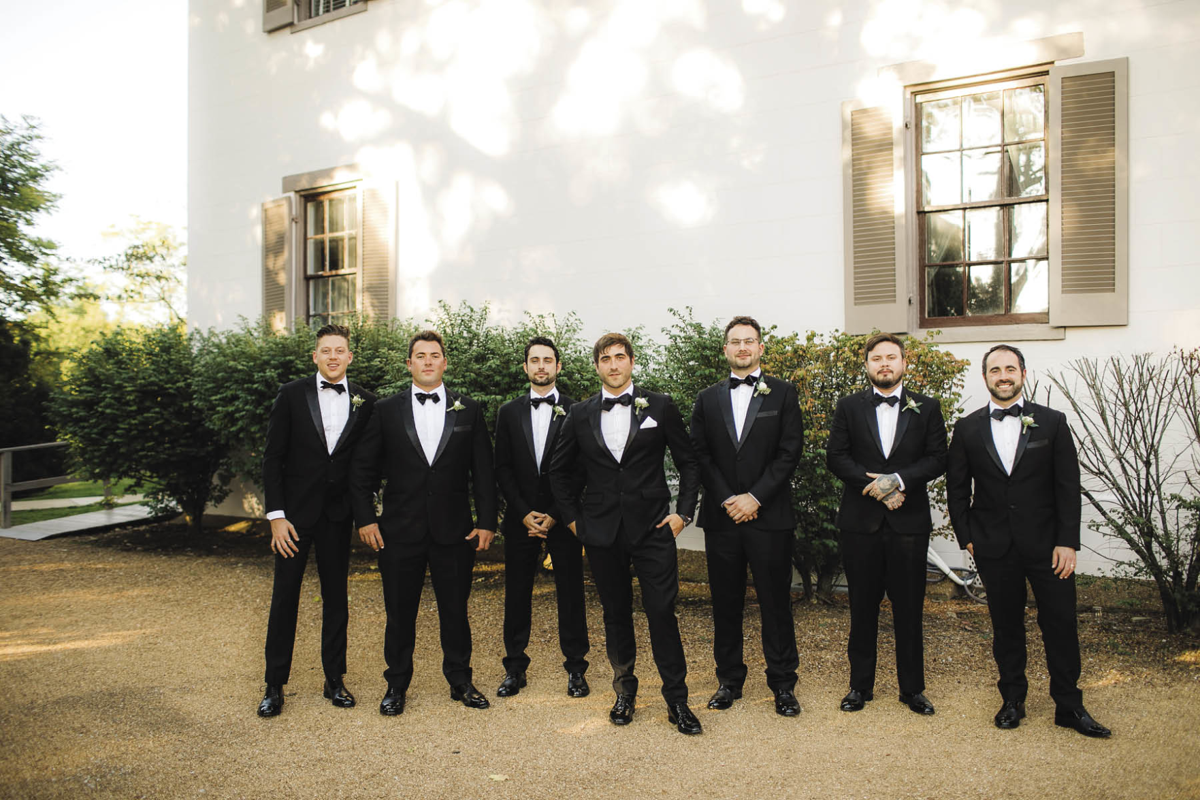 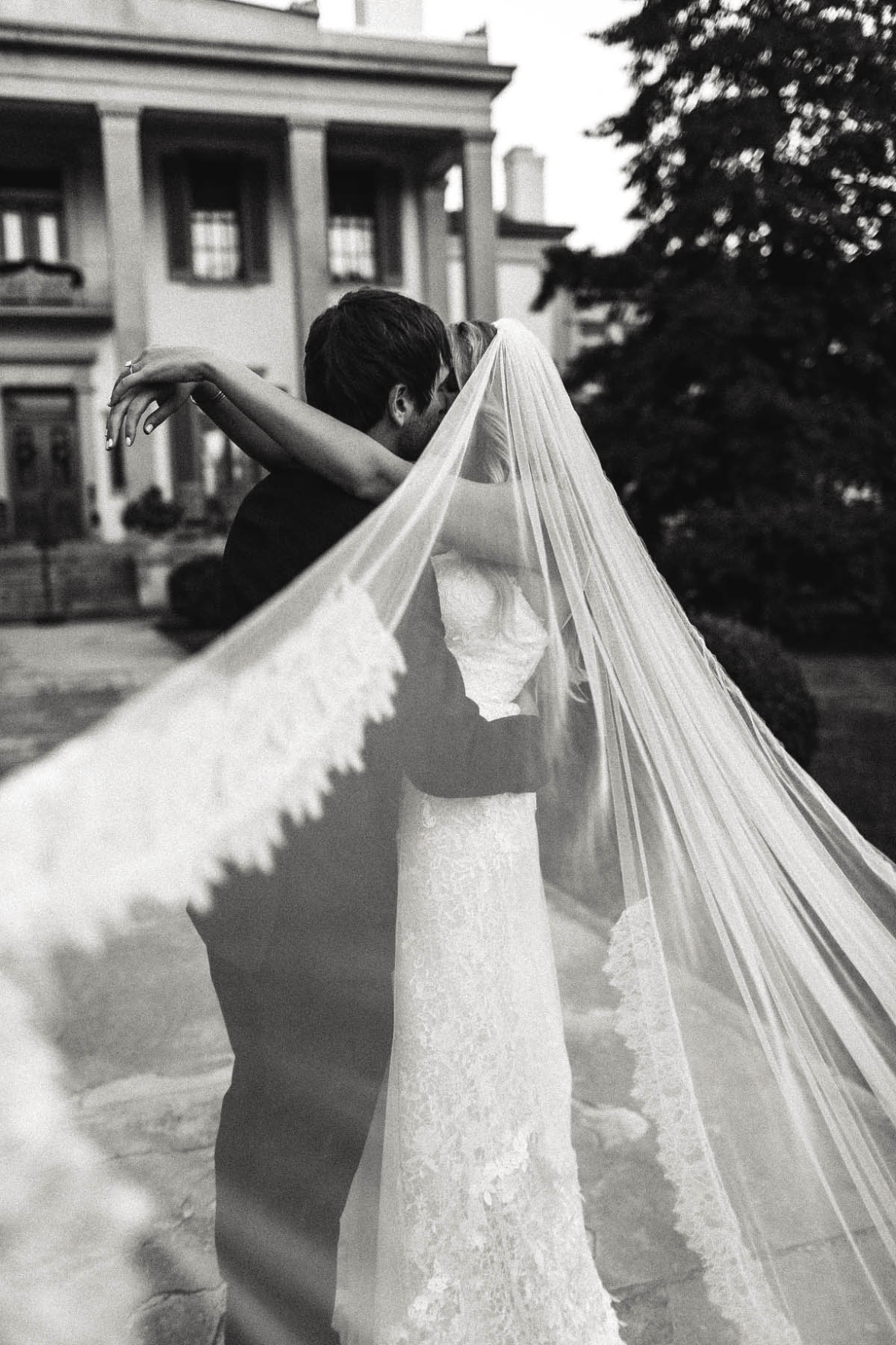 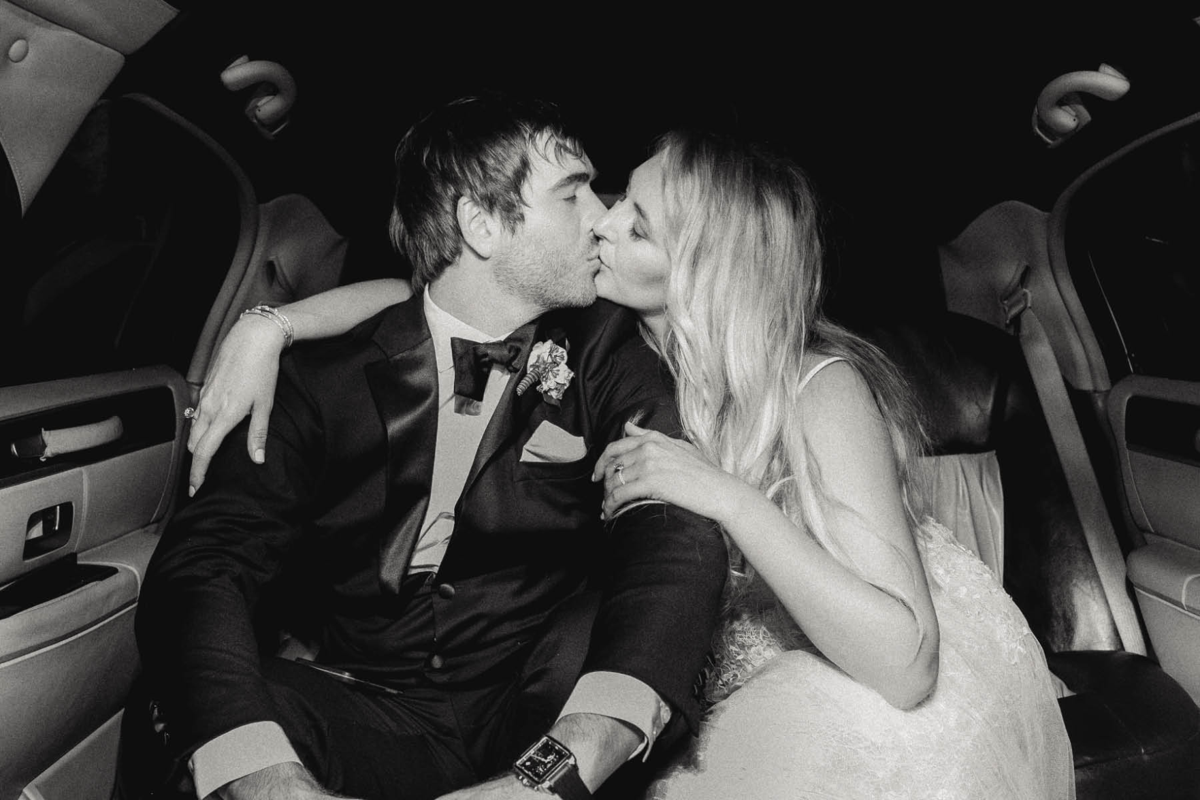 Mallory Moody and Joey Waterman met when they were both 14 years old.Joey was in a band with Mallory's stepbrother, and the band practiced at Mallory's house in Nashville. They were just good friends inhigh school but began dating when they came home from college for Christmas break their freshman year. She was at The University of Tennessee Knoxville, and he was at Middle Tennessee State University. After graduation, they moved to Los Angeles to pursue her career in fashion and his in music.

In December 2017, while they were visiting Nashville from California for the holidays, Joey took Mallory on her favorite hike by a lake. At a lookout point where they always stopped to pray, he knelt to propose with a diamond ring he had designed. They immediately shared a toast with the bubbly and Champagne flutes he had hidden in his backpack.

They married in September 2018 at sunset in the boxwood garden of Belle Meade Plantation with Jesse Waterman, Joey's eldest brother, officiating. The wedding music was "Sweet Disposition” by The Temper Trap and “Love Like a Sunset Part II” by Phoenix. Mallory wore a gown by Estee Couture of English tulle with a court train and carried a cascading bouquet of white and blush roses, gardenias and hydrangeas designed by Enchanted Florist.

A cocktail reception followed in the stable halls, giving guests the opportunity to see original carriages from the plantation on display. Dinner in the carriage house was Southern fare by Edley’s Bar-B-Que, and Jason Middleton from Premier Music provided the music for dancing. The wedding cake was a strawberry and vanilla four-layer creation with buttercream frosting by HomeStyle Bakery.

After a wedding trip to Turks and Caicos, the couple returned home to Los Angeles, where Mallory does public relations for two clothing brands, 7 for All Mankind and Splendid, and Joey is an artist manager at Villám Artist Management.Their parents are Pam Klos of Brentwood, Tennessee, and Epps Moody of Florence, Alabama, and Doug and Diane Waterman of Nashville.