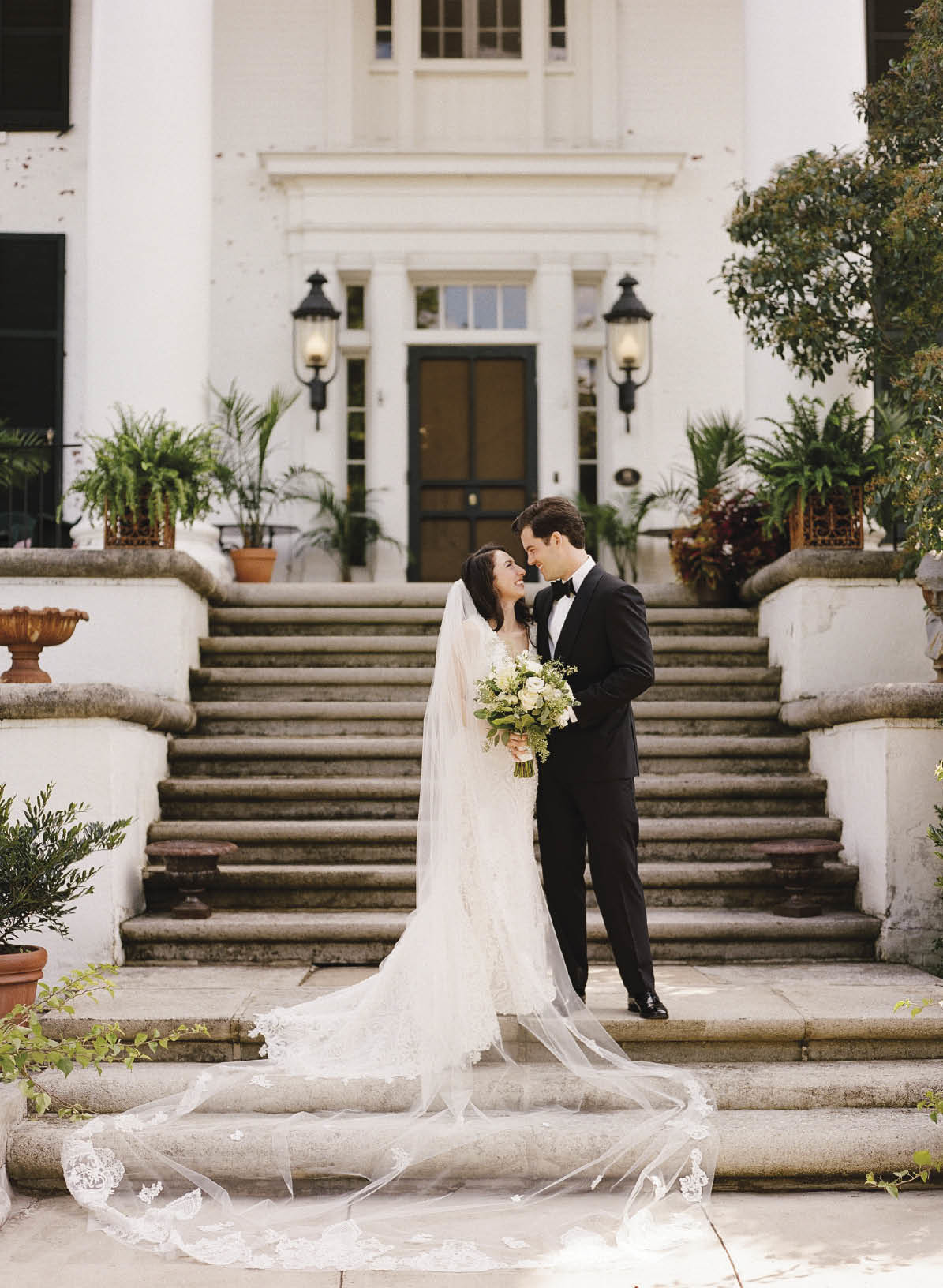 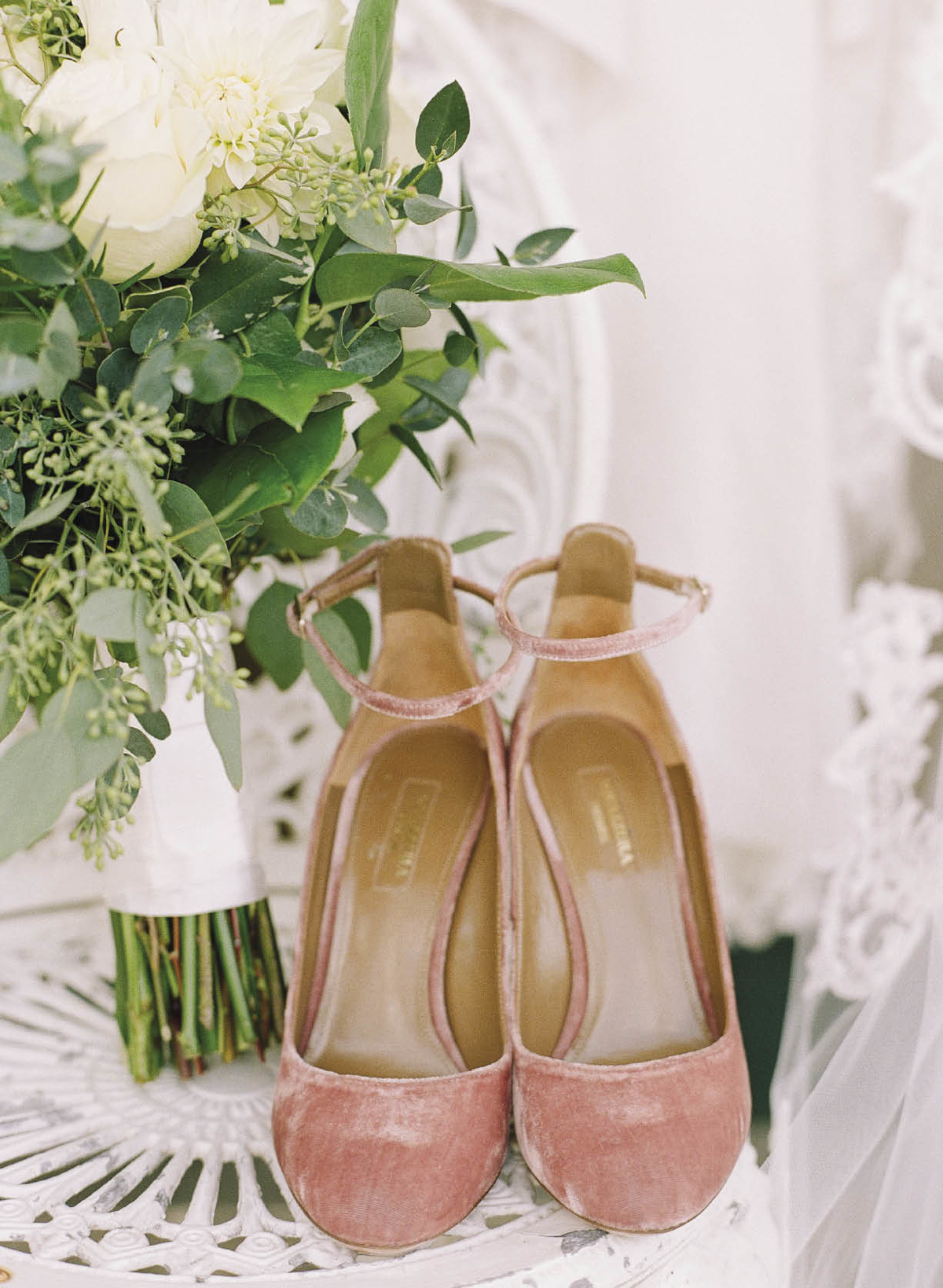 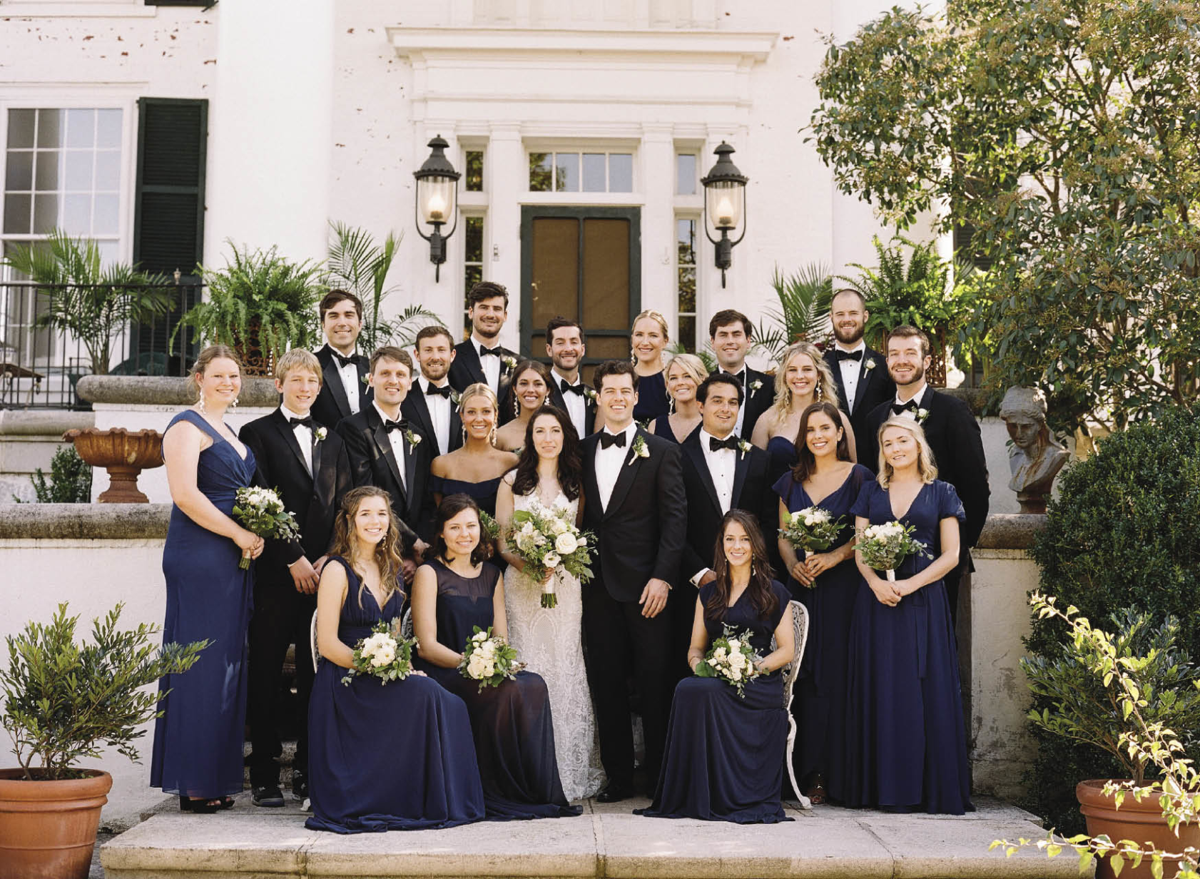 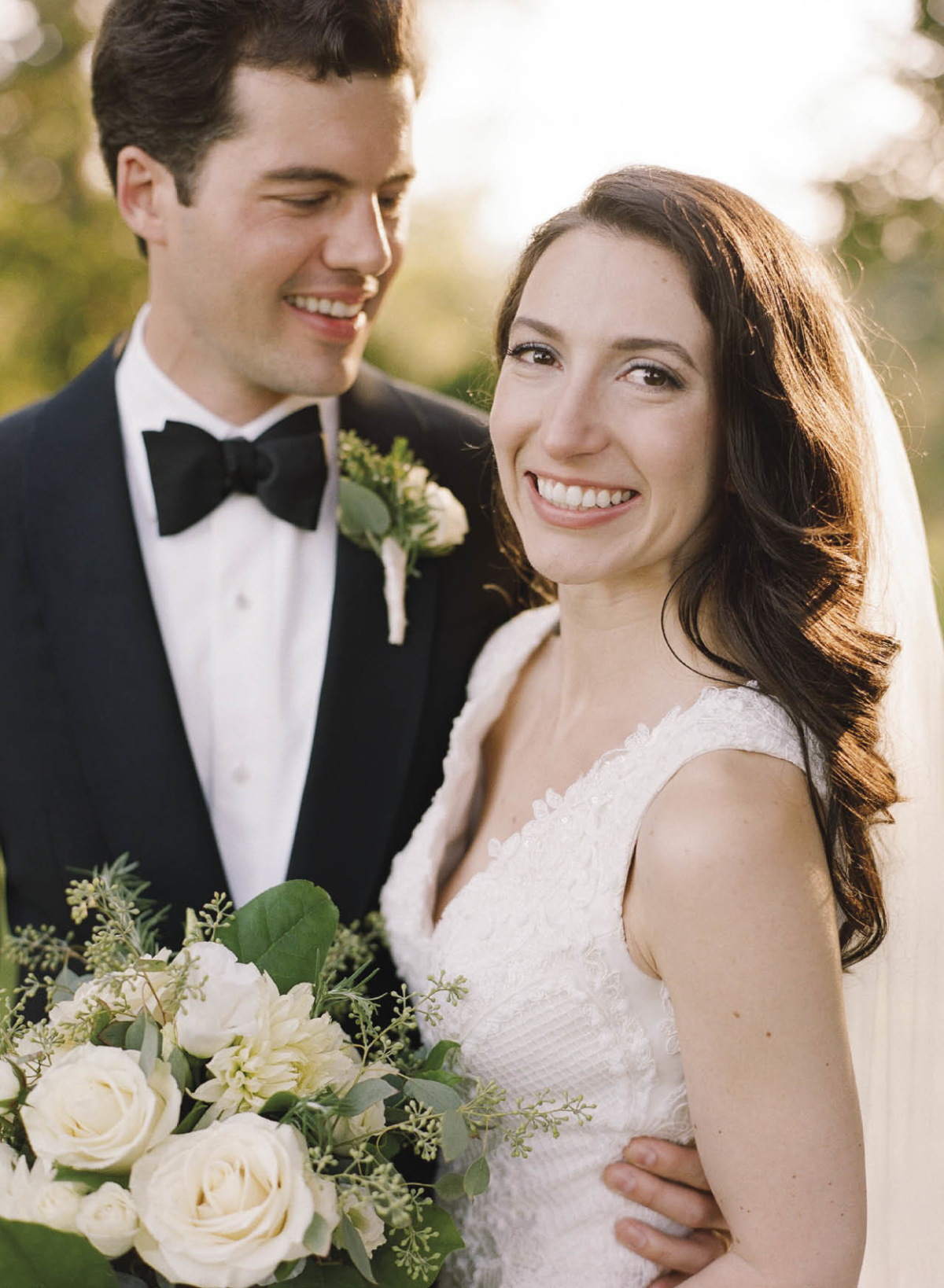 Micaela Meyer of London, England, met Dane Ferré of Nashville during their fourth year at the University of Virginia. Their romance continued through Dane's years at Emory Law and Micaela's venture into the world of fashion. They ended up in New York, where Dane practices mergers and acquisitions law at Davis Polk, and Micaela works in the Private Bank at JPMorgan.

Dane proposed in March 2017, and they married in September 2018 at Gaie Lea, a farm in Staunton, Virginia. The ceremony took place on a grassy hill overlooking the Shenandoah Valley with the Blue Ridge Mountains in the background. Witnesses included family and friends as well as grazing cows and a curious gopher on the other side of the fence.

The bride's close friend Hannah Shatzen officiated, and guitarist Vernon Fischer played songs by The Beatles, Fleetwood Mac and Neil Young. Micaela wore an ivory lace gown that she designed with Paula Varsalona in New York. The bridesmaids wore navy dresses of their choosing and carried bouquets of white flowers and greenery.

A reception followed with cocktails by the pool and dinner and dancing in a nearby white sailcloth tent. Green and white floral arrangements and small pots of rosemary and thyme decorated long farm tables. The Italian meal, served family style, featured braised short ribs, ricotta gnocchi with butternut squash, pappardelle with duck ragù, broccoli rabe and zucchini. The carrot cake with mascarpone icing was created by Newtown Baking. Gelato and sorbet were served from an Italian gelato cart handcrafted for the occasion by the groom's brother.

The Adrian Duke Project played for dancing, and Karen McGrath of Amore Events helped with planning. The couple left the next day for a wedding trip to Tulum, Mexico.