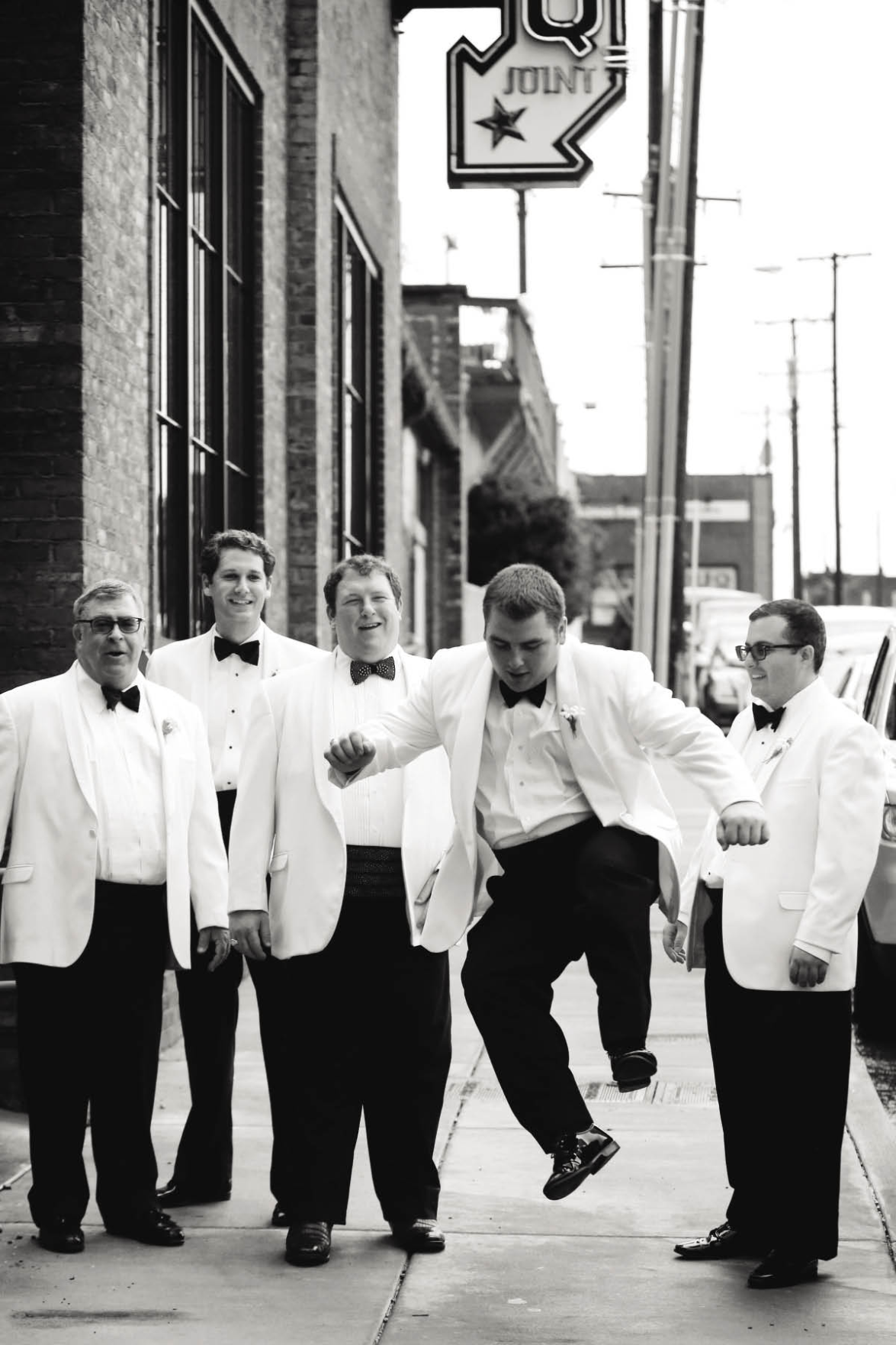 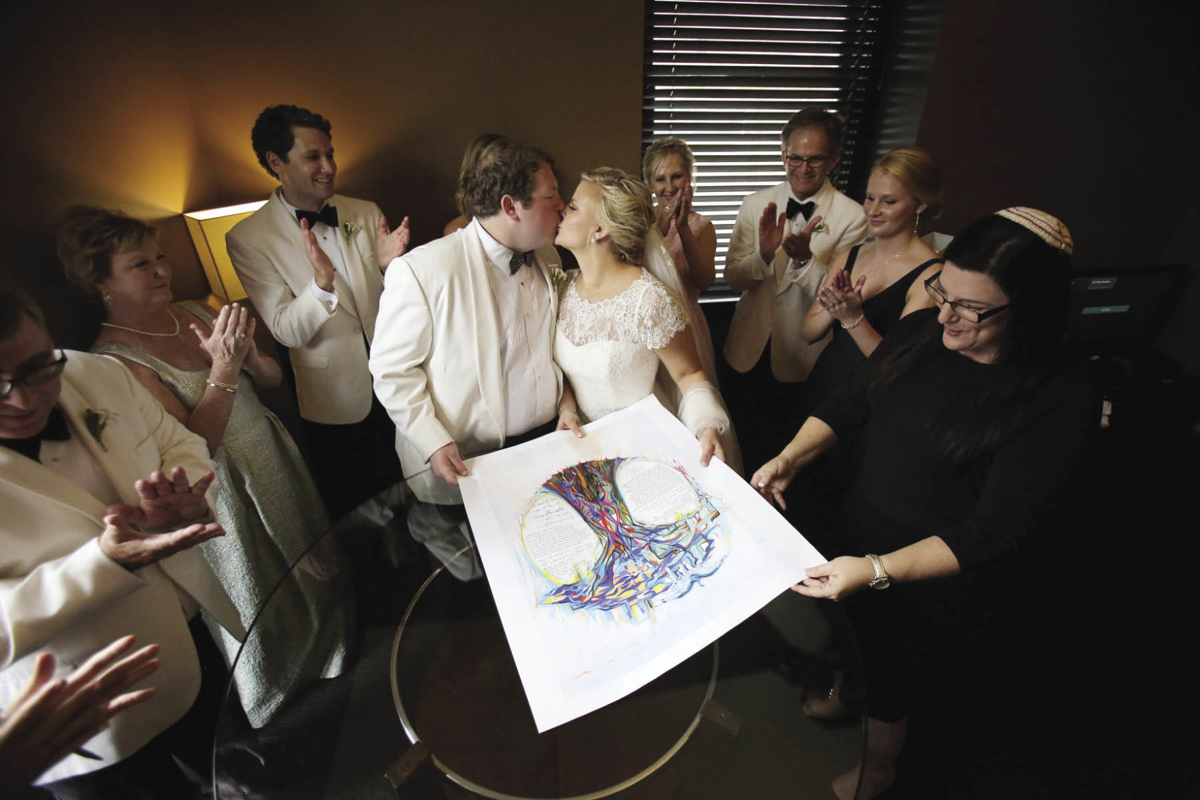 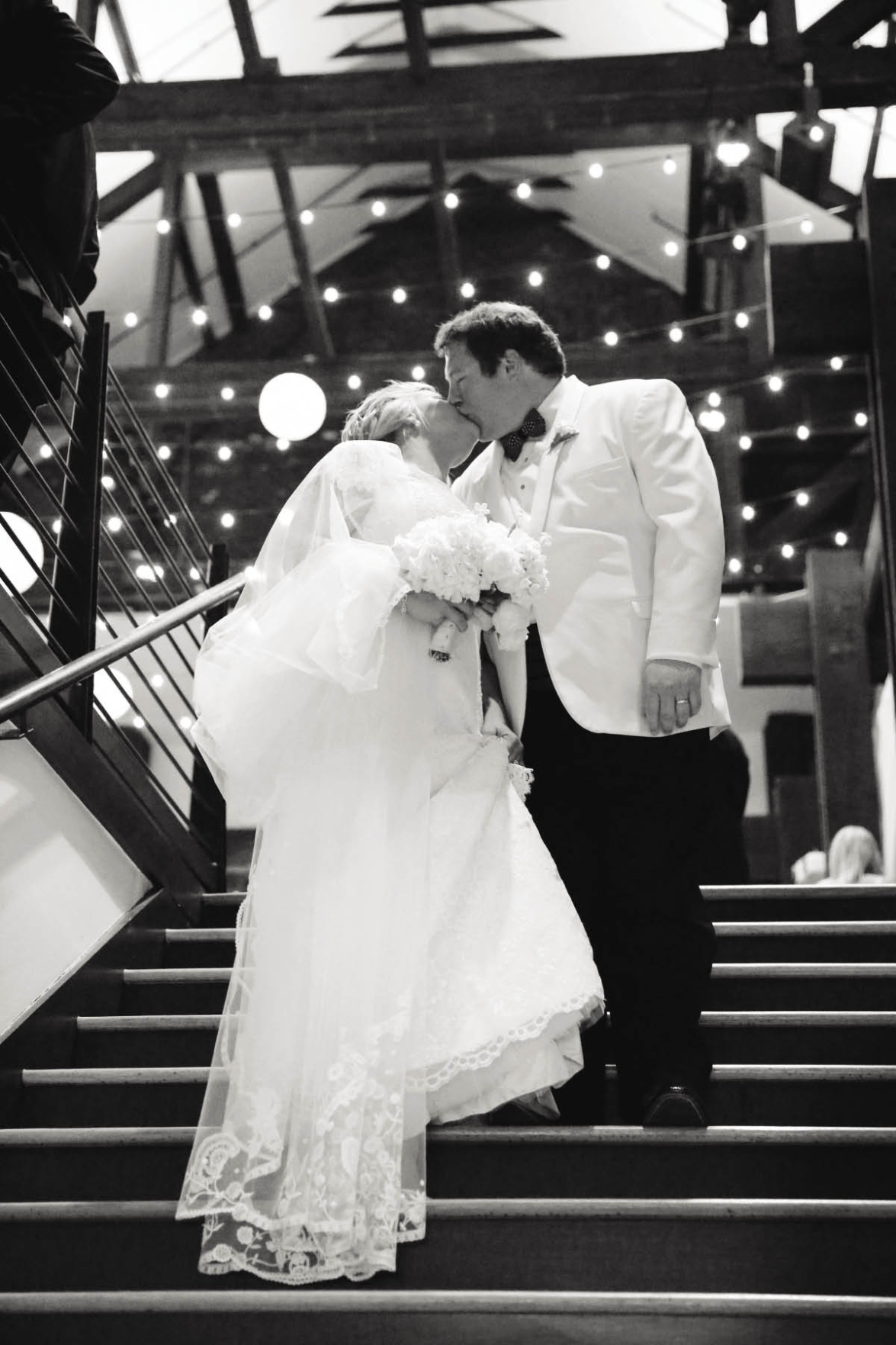 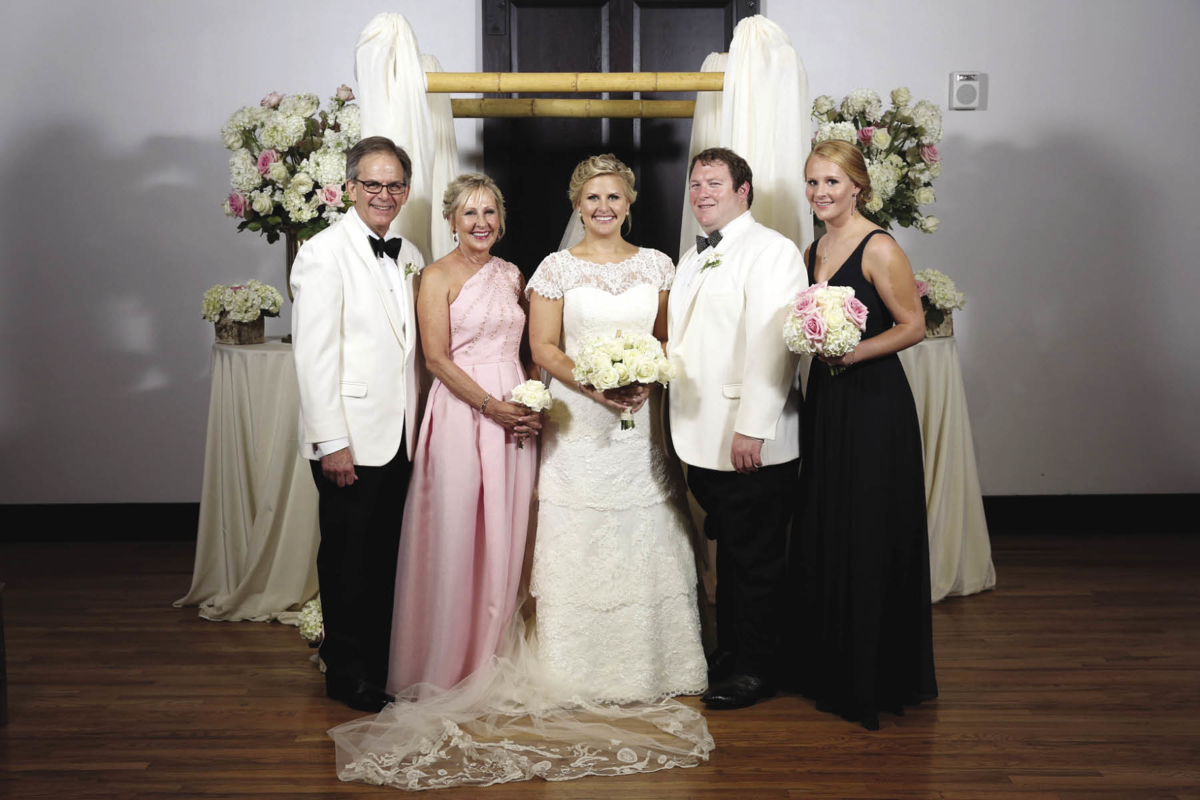 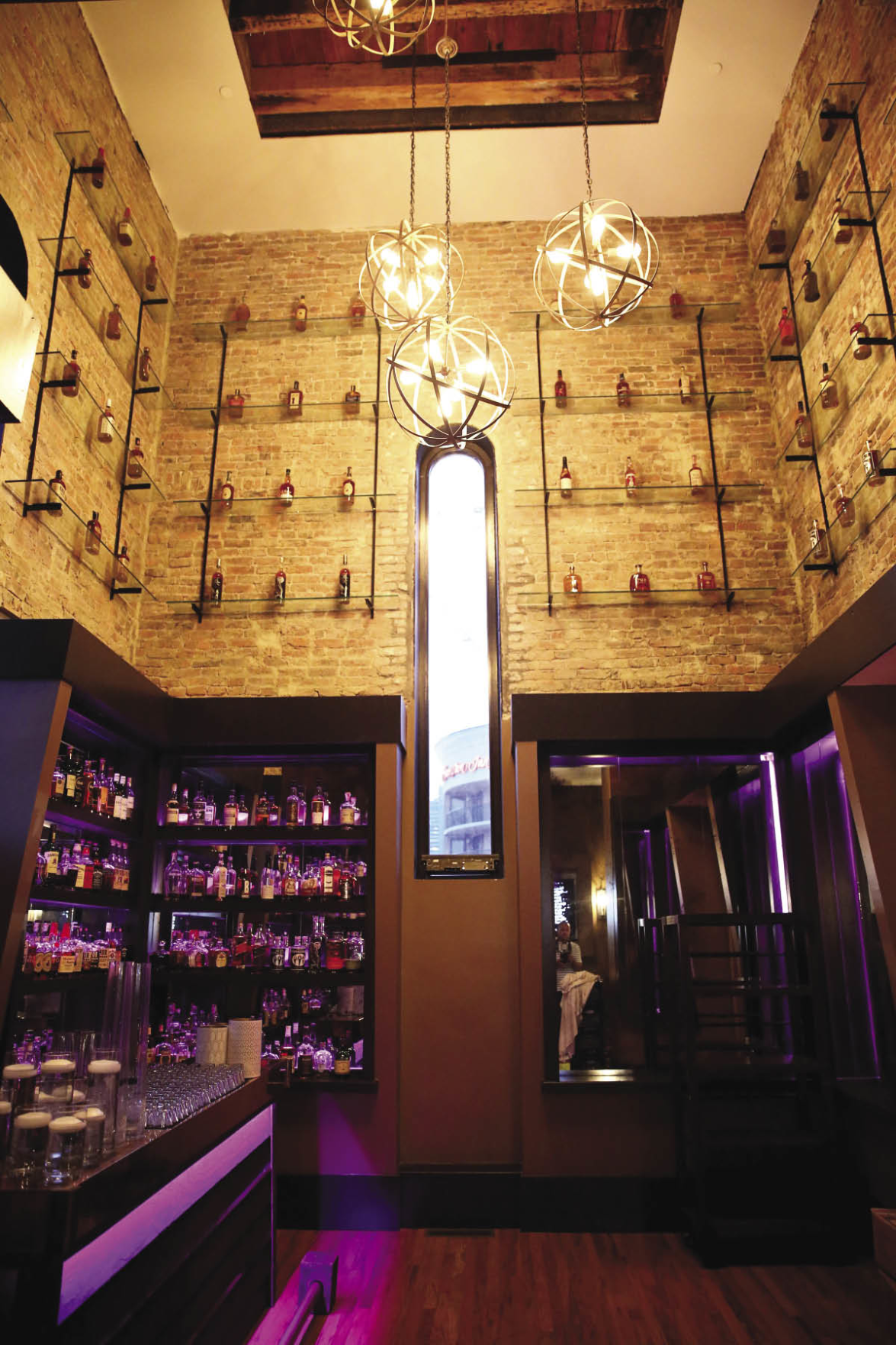 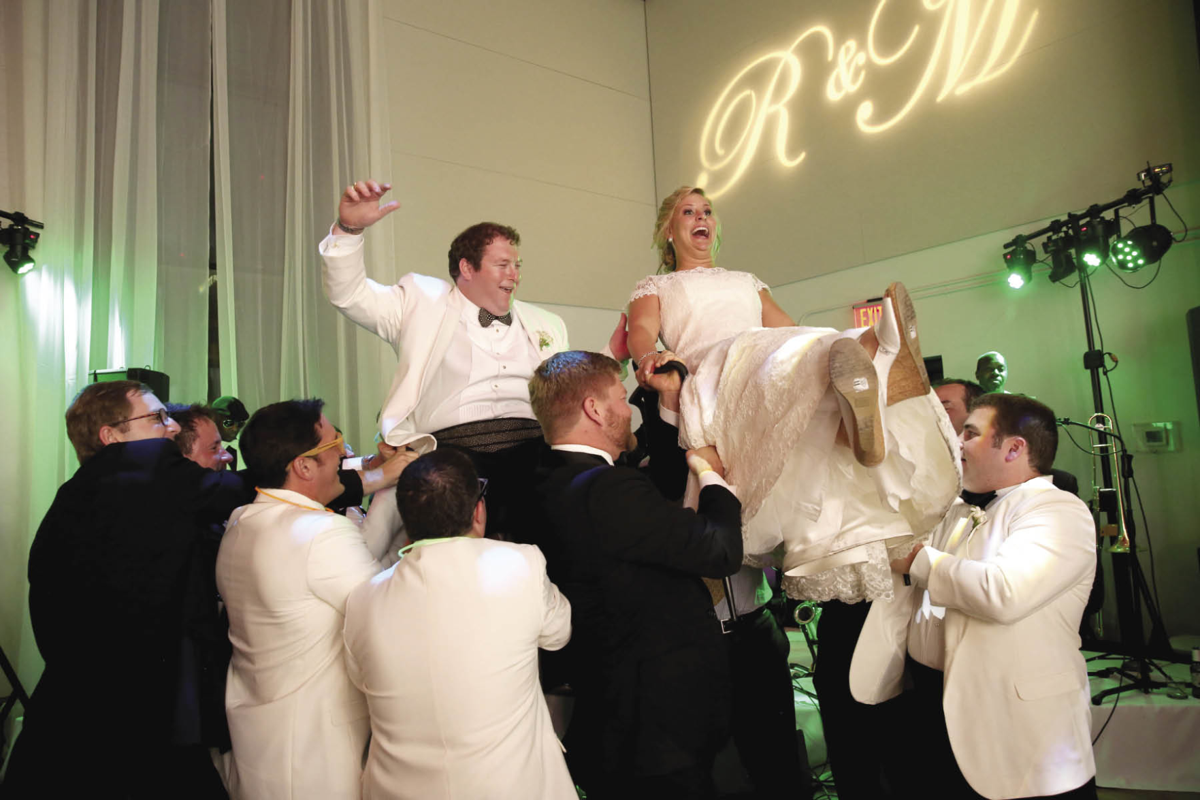 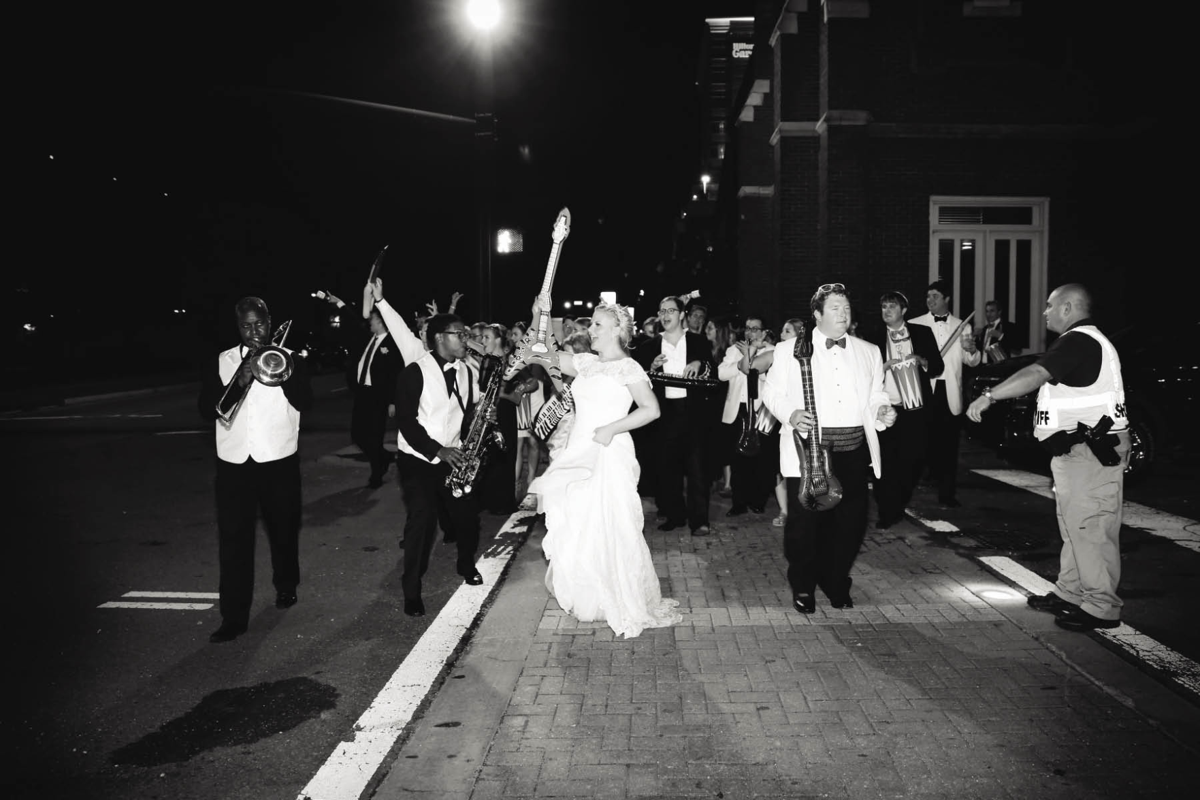 Rachael McKenzie of Nashville and Michael Nusbaum of Norfolk, Virginia, met in the spring of 2013 while watching a Sweet 16 game at M.L. Rose. They immediately connected, realizing they had many mutual friends. Michael proposed in September 2015 at the Tennessee State Capitol as the sun was setting. He presented her with a ring that once belonged to his great-grandmother, Sally Silberman.

They married in August 2016 at The Bell Tower downtown. The interfaith ceremony was officiated by the Rev. Guy Griffith of Westminster Presbyterian Church in Nashville and Rabbi Rosalin Mandelberg of Ohef Sholom Temple in Norfolk. Rachael wore a lace gown by Augusta Jones with a veil of vintage Brussels lace, made by her grandmother Sarah Camille Farris. She carried a bouquet, created by Terry White, of white roses, hydrangeas and stephanotis along with a mother-of-pearl Bible from Jerusalem given to her by Laura Niewold. Wedding music was by The Derek Pell Trio.

After late-night snacks of corn dogs, hot chicken and ice cream, the newlyweds left The Bell Tower led by trumpets. Guests followed with inflatable "instruments" in a New Orleans-style parade to the Omni Nashville Hotel.

After a wedding trip to Grenada, the couple returned to Nashville where Michael is a sales representative for Agilent Technologies and the head coach of Brentwood High School's lacrosse program. Rachael, daughter of Wade and Mary Eleanor McKenzie, is a graduate of Harpeth Hall and the University of Georgia. Michael is the son of Charlie and Nancy Nusbaum and a graduate of Norfolk Academy and Hampden-Sydney College.