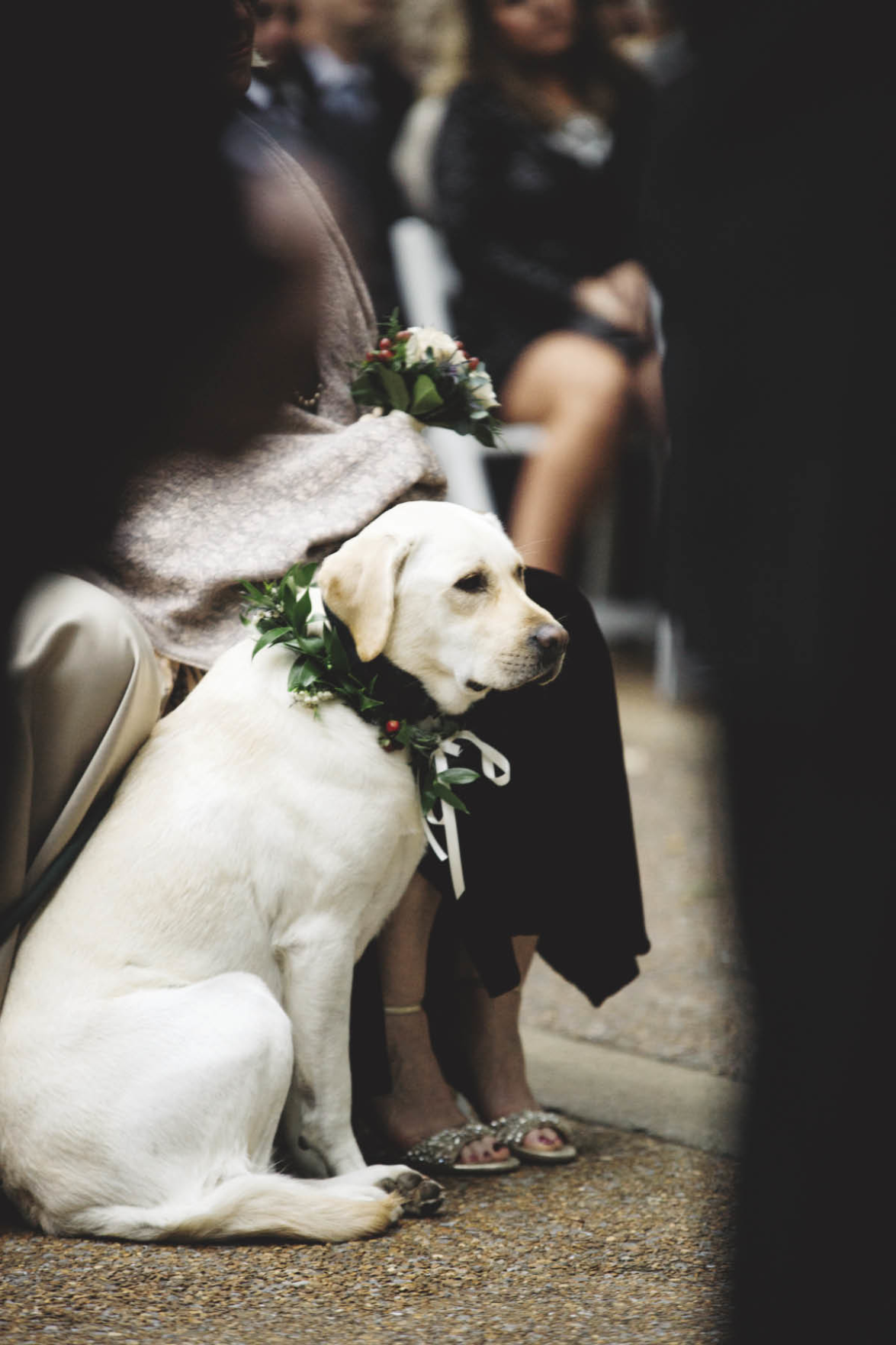 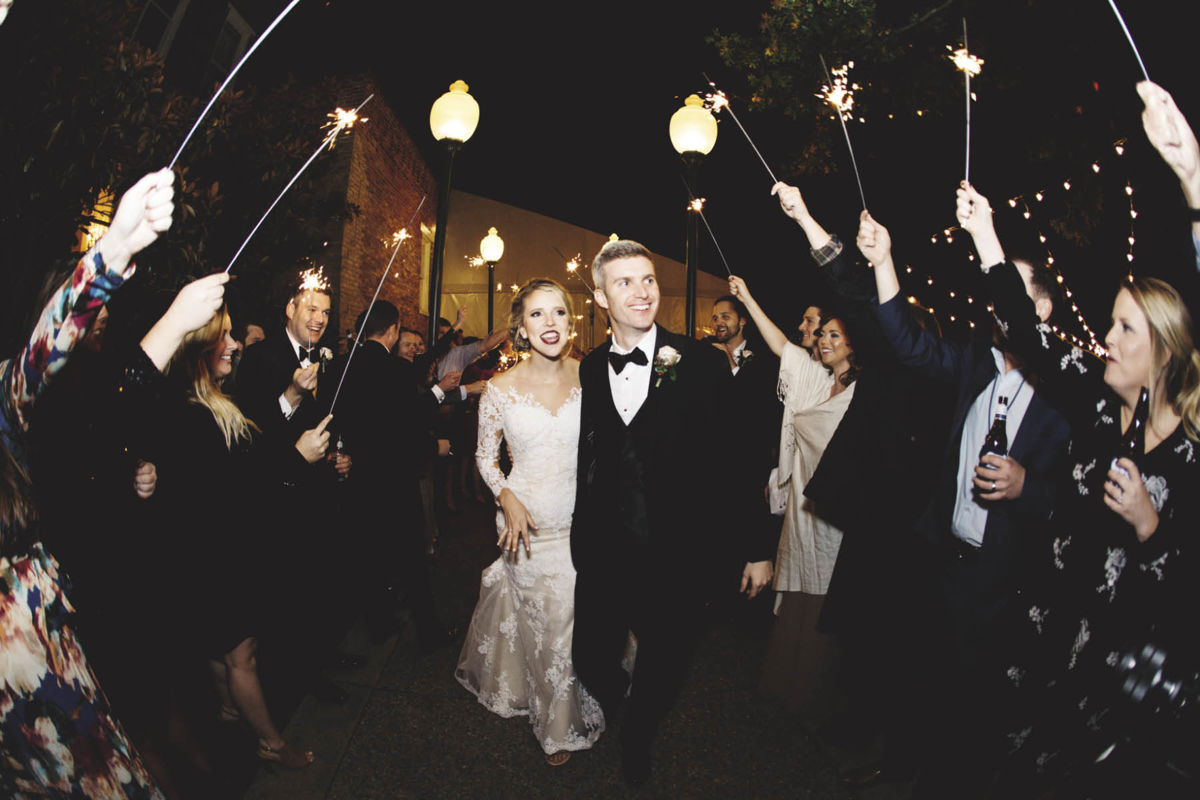 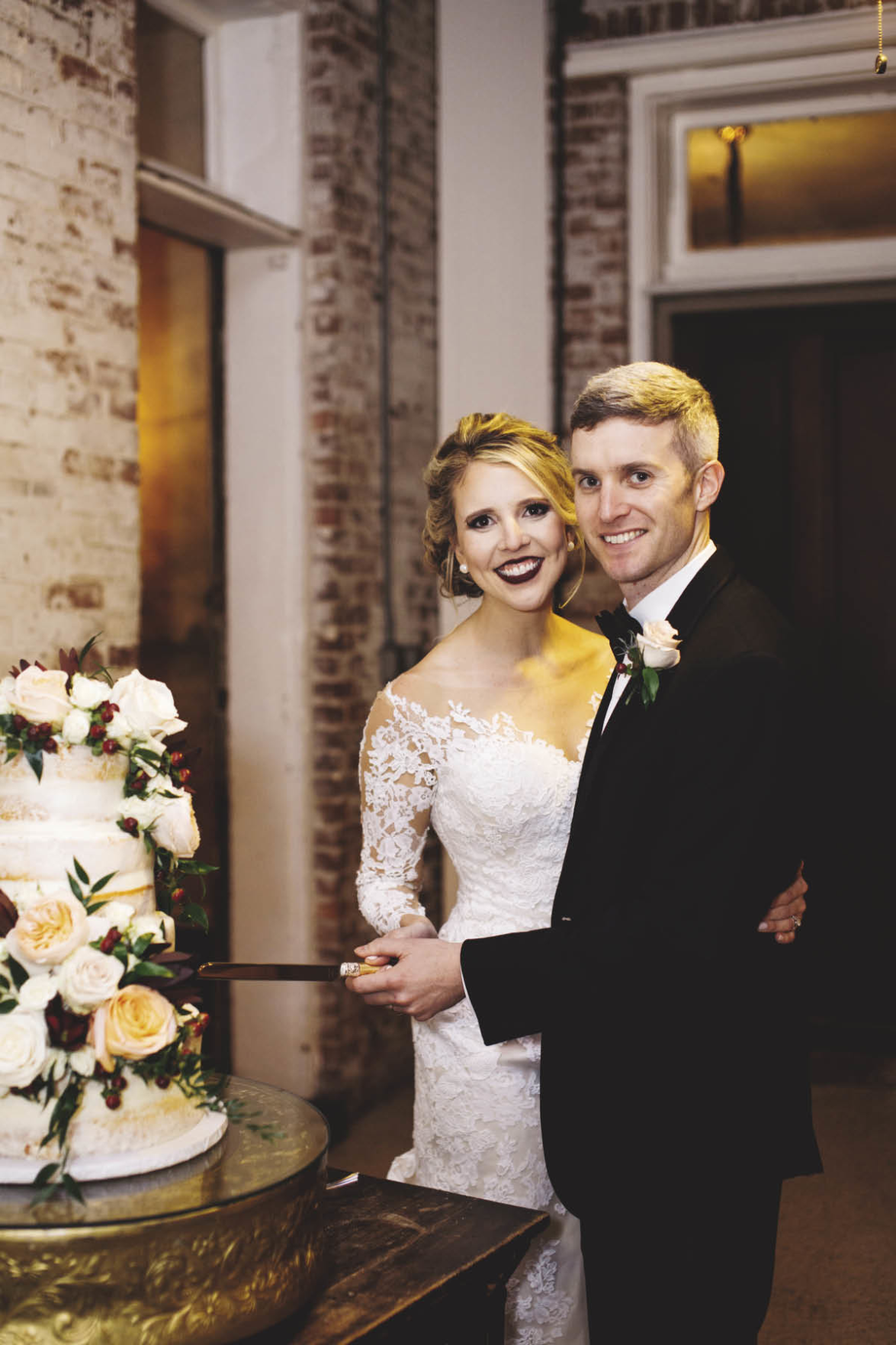 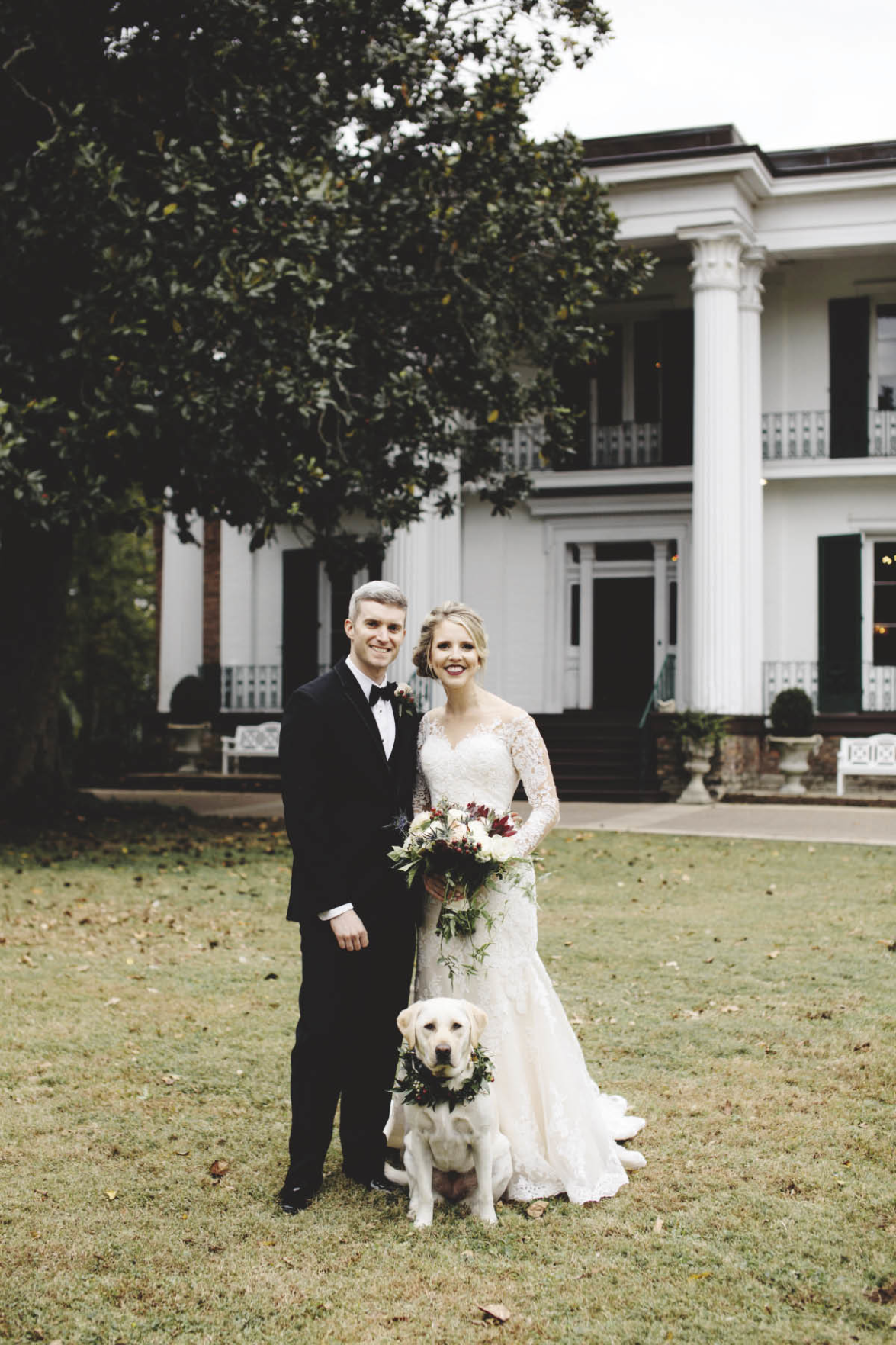 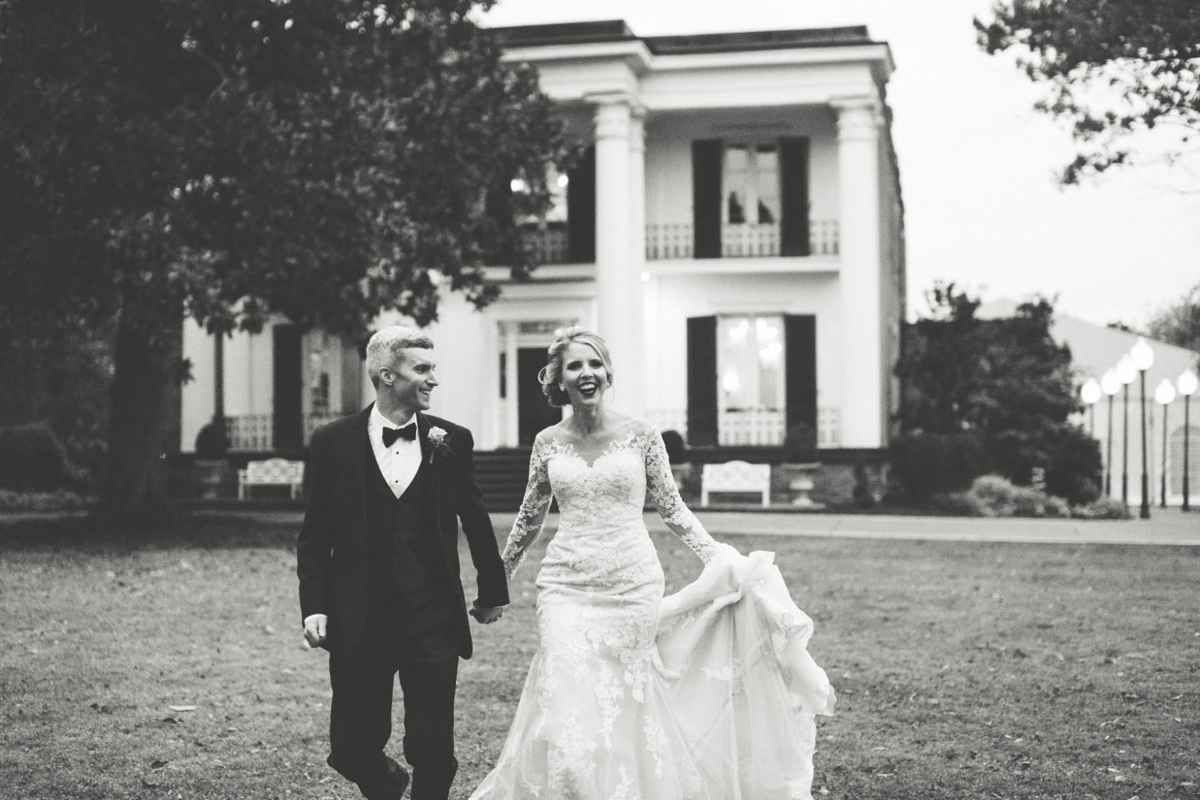 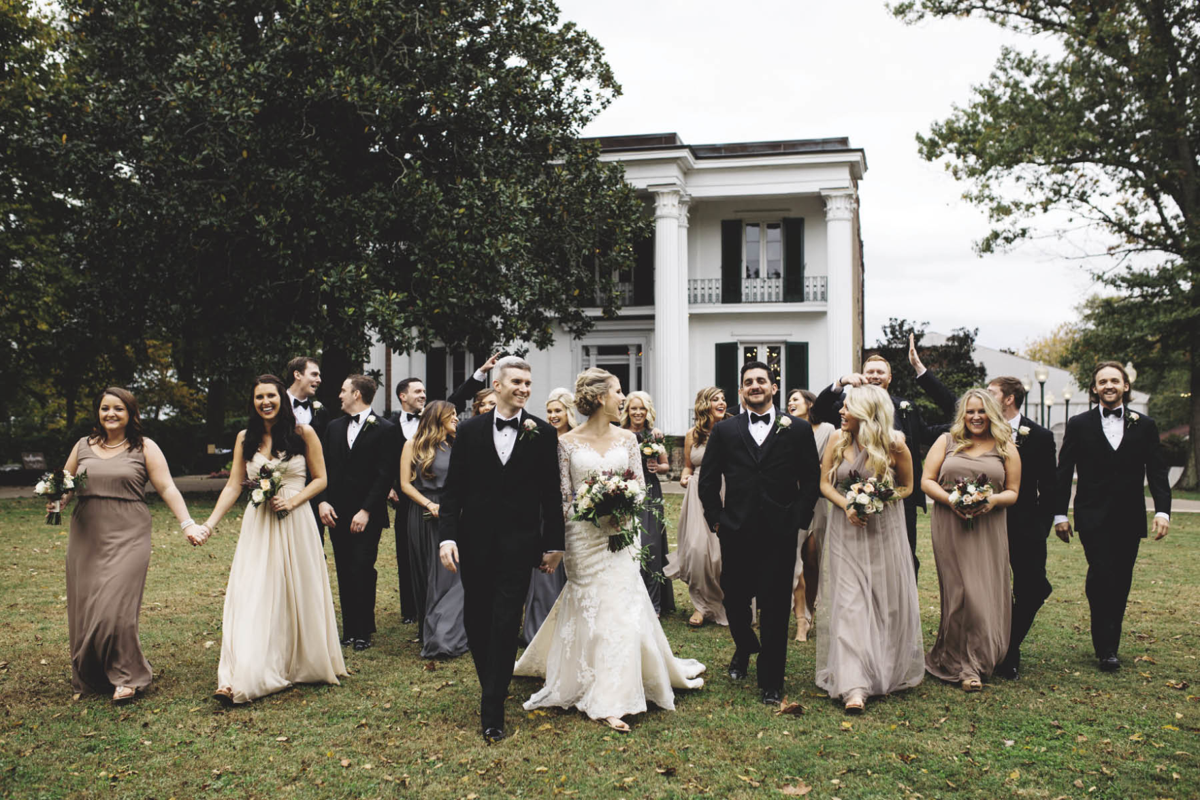 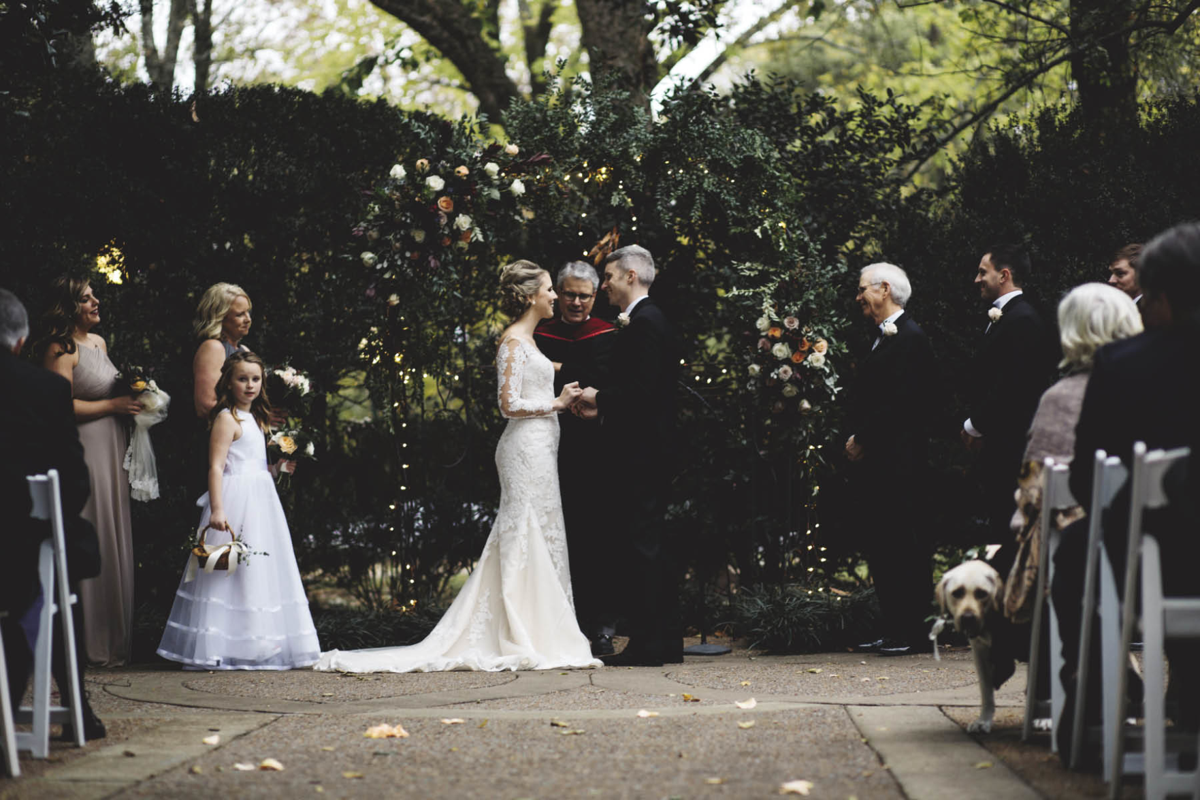 Drew Lovell and Allison McCullough met in 2014 while in a training class at HCA. He proposed on July 4, 2016, at Warren's Point at Monteagle Sunday School Assembly and presented Allison with his grandmother's ring. They married Oct. 28, 2017, in a garden wedding at Riverwood Mansion in Nashville with Todd B. Jones officiating. A string trio played Pachelbel, Bach and Mendelssohn.

Allison wore a mermaid gown designed by Pronovias Barcelona. She carried a hand-tied bouquet created by Enchanted Florist of mixed roses, thistles, berries and trailing greens. The couple's beloved Labrador retriever, Abby, walked down the aisle wearing a floral collar and watched the ceremony patiently from the front row. As garden weddings come with a certain risk, the day was dry, but the temperature dropped to 50 degrees with a brisk breeze. The wedding party shivered; guests huddled together; the trio played from inside to protect their instruments, and Allison's grandmother watched through a parlor window.

A Southern supper followed in Riverwood Mansion, where tall rose topiaries decorated round tables and Super T Revue played for dancing. The four-tiered wedding cake was by 8 Lavender Lane. The groom's cake by Dessert Designs was half cream cheese, half chocolate truffle with caramel icing and was topped with a sculpture of Abby in a Predators jersey.

After a wedding trip to Hope Town in the Bahamas, the newlyweds returned to their home in Sylvan Park, where Allison is an IT&S project manager for HCA, and Drew is a staff sergeant for the U.S. Army. She is a graduate of Middle Tennessee State University, and he is an alumnus of University of Mississippi. Their parents are Mary Ellen Lovell of Nashville, Gene Lovell of Franklin, and Jerry and Claudette McCullough of Union City, Tennessee.

Photographs by Shots by Cheyenne