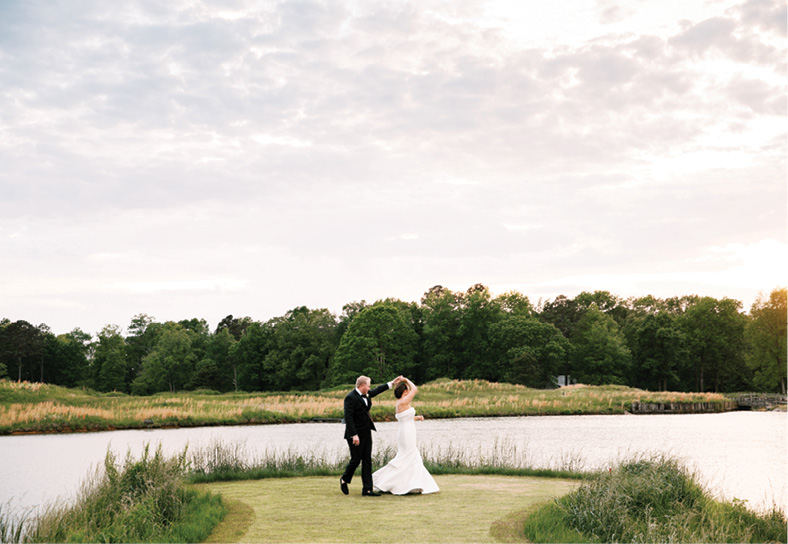 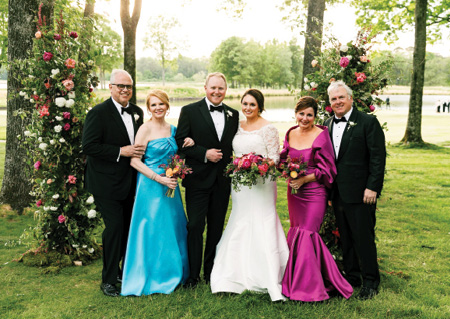 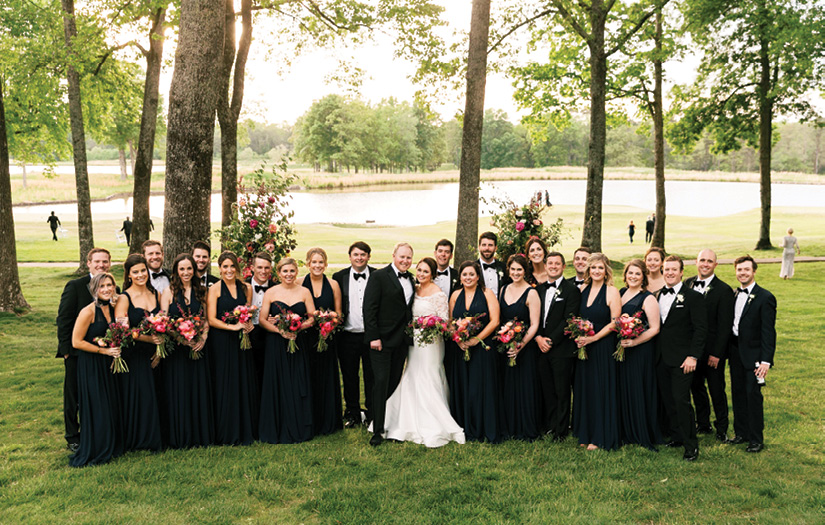 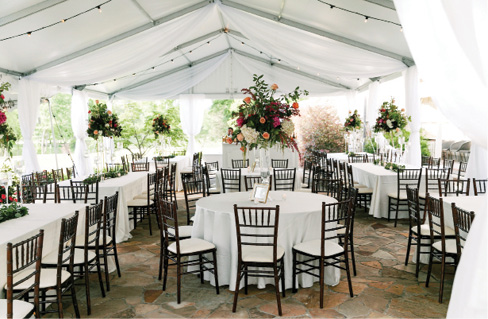 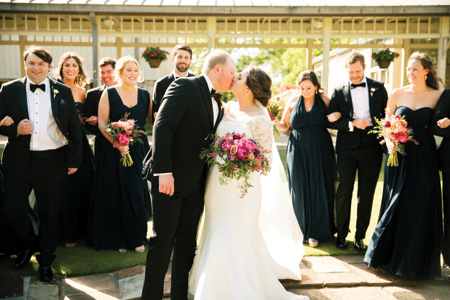 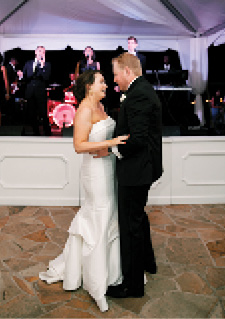 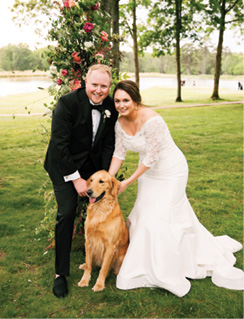 Nashvillian Ben Satyshur met Whitney Kenney from Atlanta in 2014. Four years later, he began planning how to propose. "It was my mission in life," said Ben, "to surprise Whitney with the proposal, because it is impossible to get anything past her. Originally, I was planning to propose at her family's lake house in Chattanooga to include our families. I discovered she suspected my plan, so I initiated a quick revision."

"We had a weekend trip planned with friends to a family ranch in Texas Hill Country," Ben continued. "While on a walk with our dog, Duke, in a field of blooming blue bonnets, I dropped to my knees and asked her to marry me. It was exactly what I had hoped for, and she was very surprised."

The wedding took place in April 2019 at The Honors Course in Ooltewah, Tennessee. The Rev. Rodney Schell, a friend of the groom's family, traveled from Dallas to officiate. The bride wore a strapless satin gown with a custom bolero made by the bridal salon at Neiman Marcus in Dallas. She carried a garden bouquet of coral and dark pink hues by Humphreys Flowers.

Cocktails and hors d'œuvres at sunset were followed by dinner and dancing to the music of Pure Party Band from Atlanta. The buffet included beef tenderloin, a build-your-own macaroni and cheese bar, a charcuterie table and a quesadilla bar. Kimmee's Cakes designed the wedding cake of tiers of dark chocolate, almond and German chocolate, as well as the groom's cake, which was a replica of the couple's golden retriever. Event planner Casey Reese arranged the entire weekend.

Following a trip to Thailand and Vietnam, the newlyweds returned to their home in Dallas, where Whitney is a brand partner of Slant Partners and Ben is a tax senior manager with PricewaterhouseCoopers. She is a graduate of The Lovett School in Atlanta and University of Georgia, and he is an alumnus of Montgomery Bell Academy and University of Mississippi with a master's in accountancy. Their parents are Stephanie and Scott Kenney of Atlanta and Robin and Gary Satyshur of Nashville.