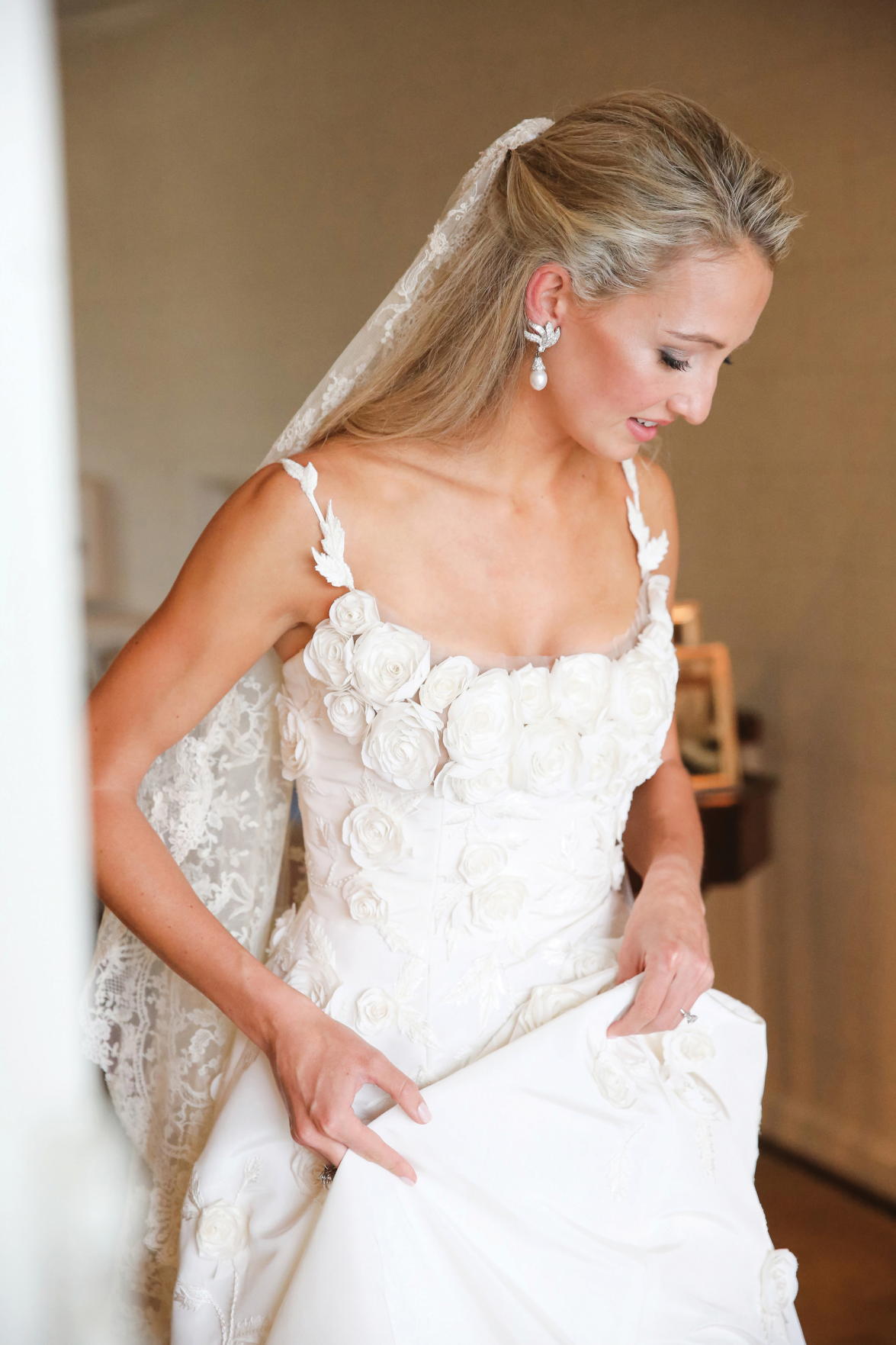 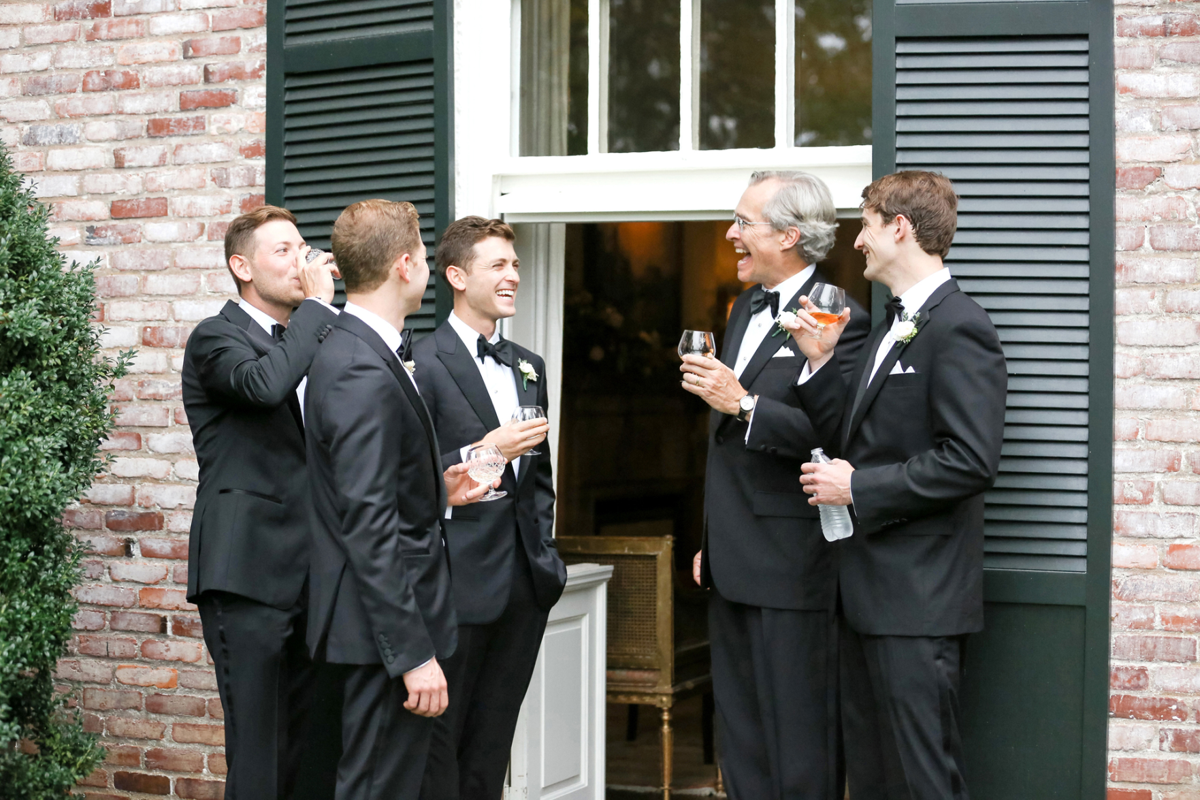 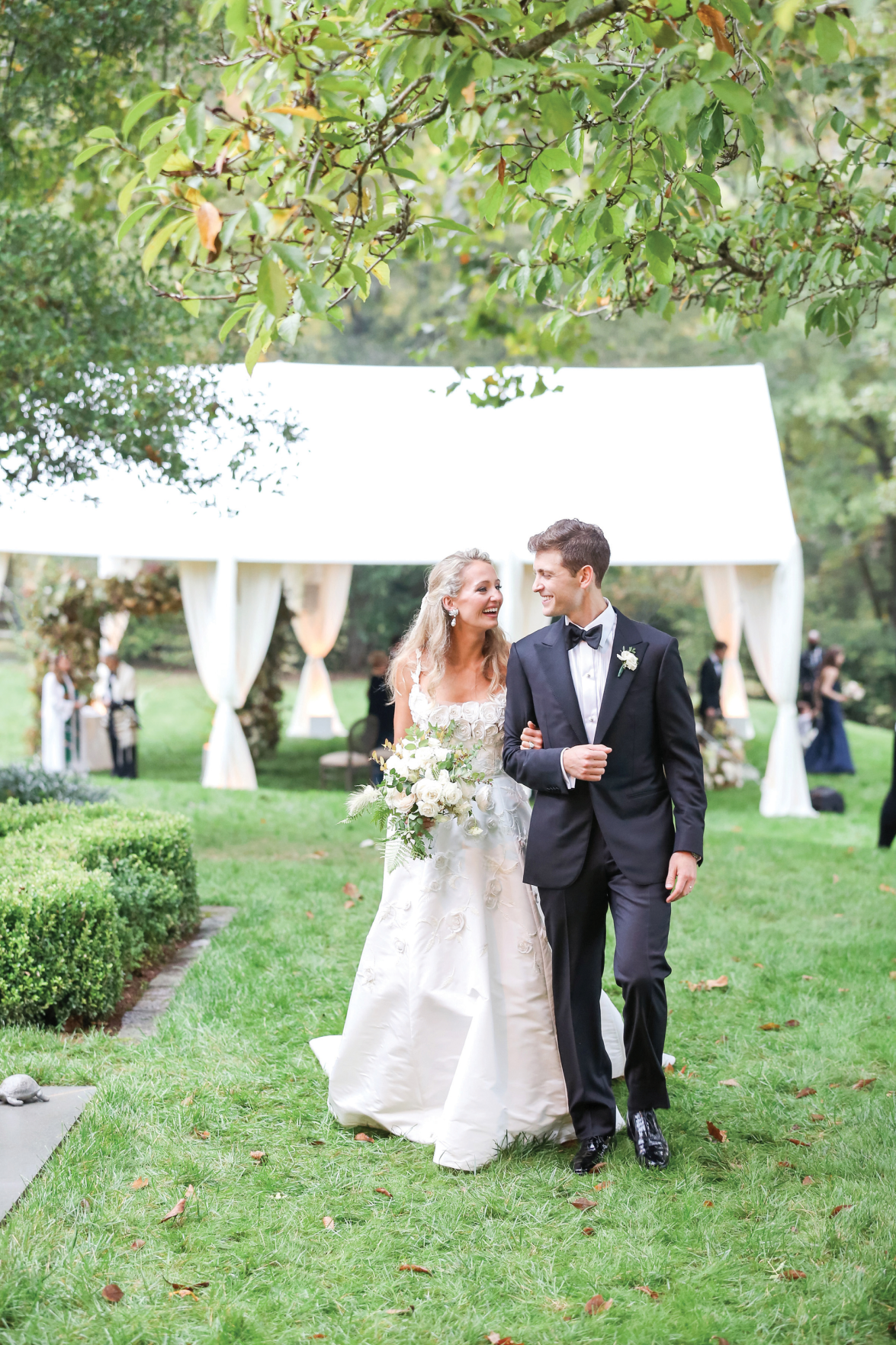 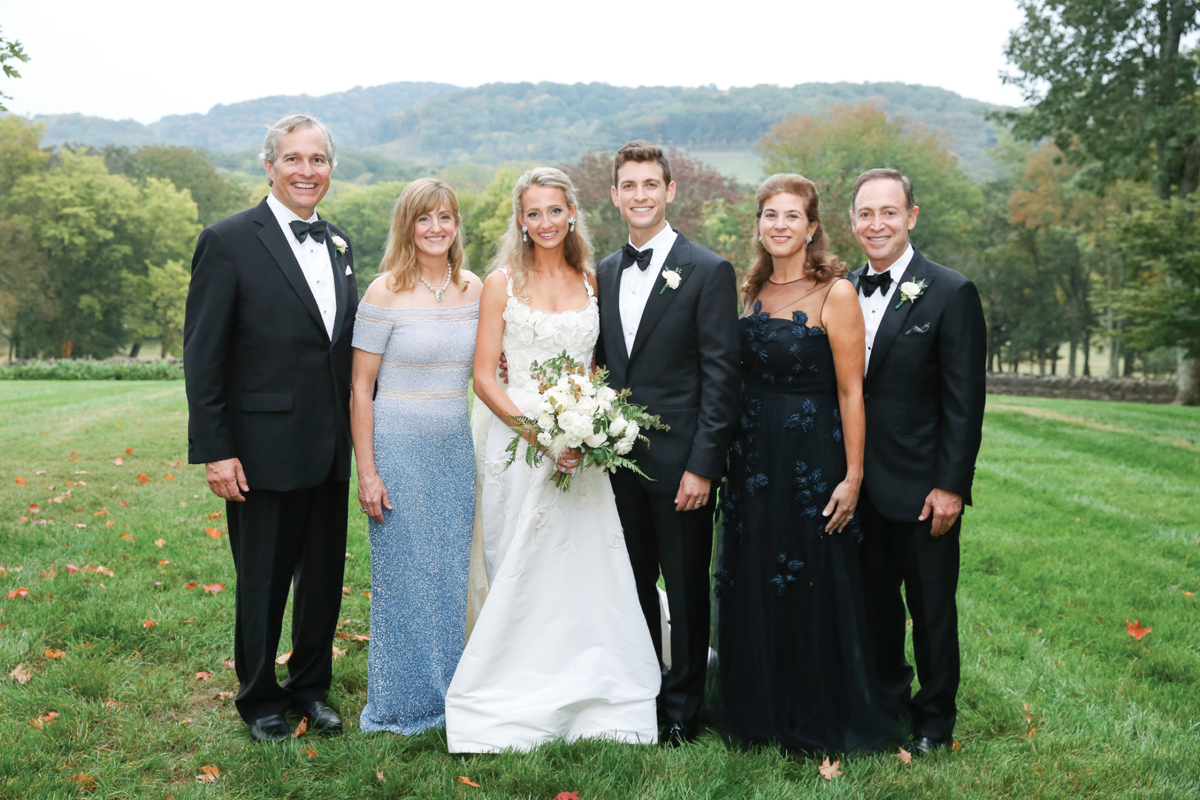 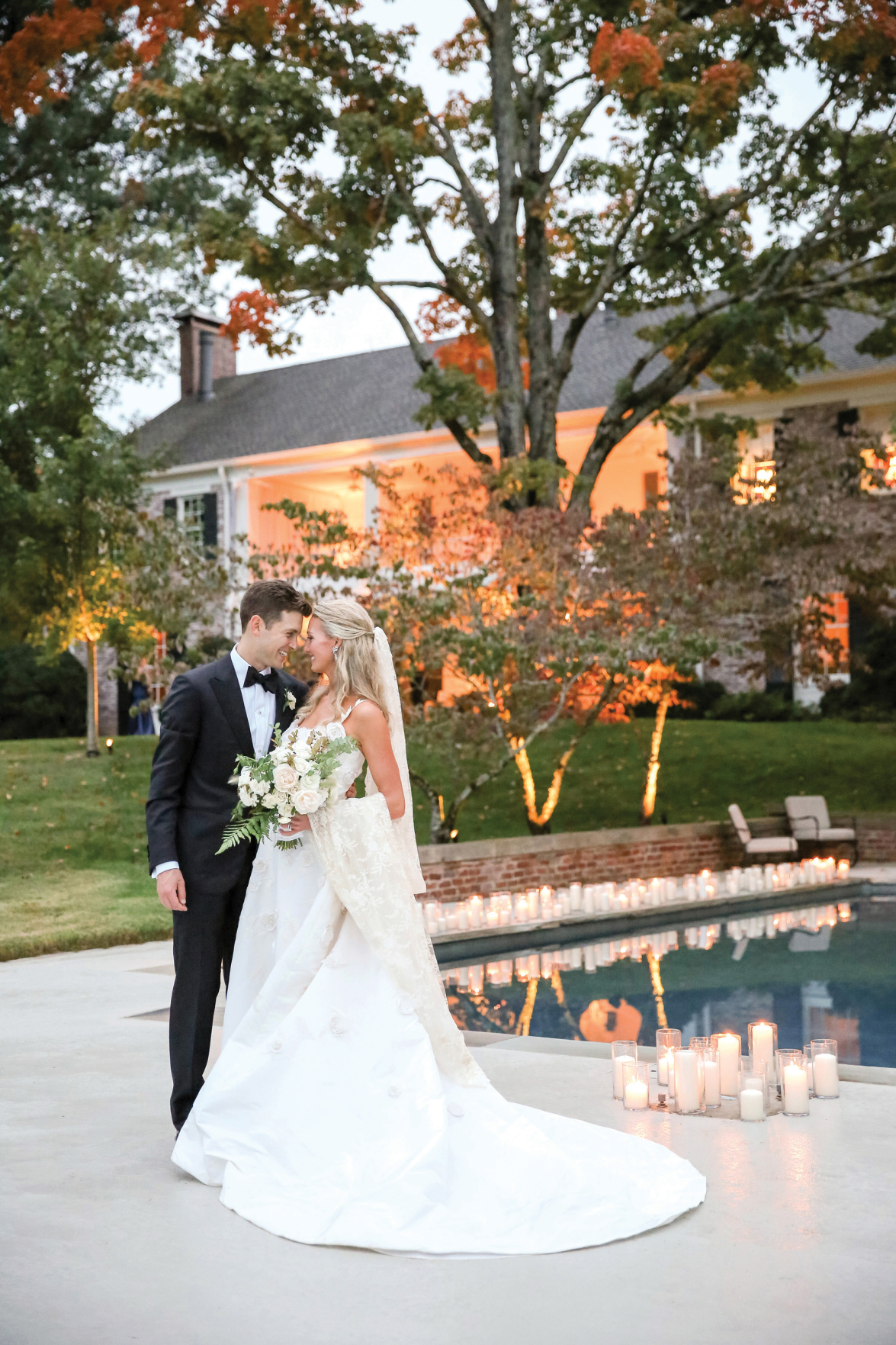 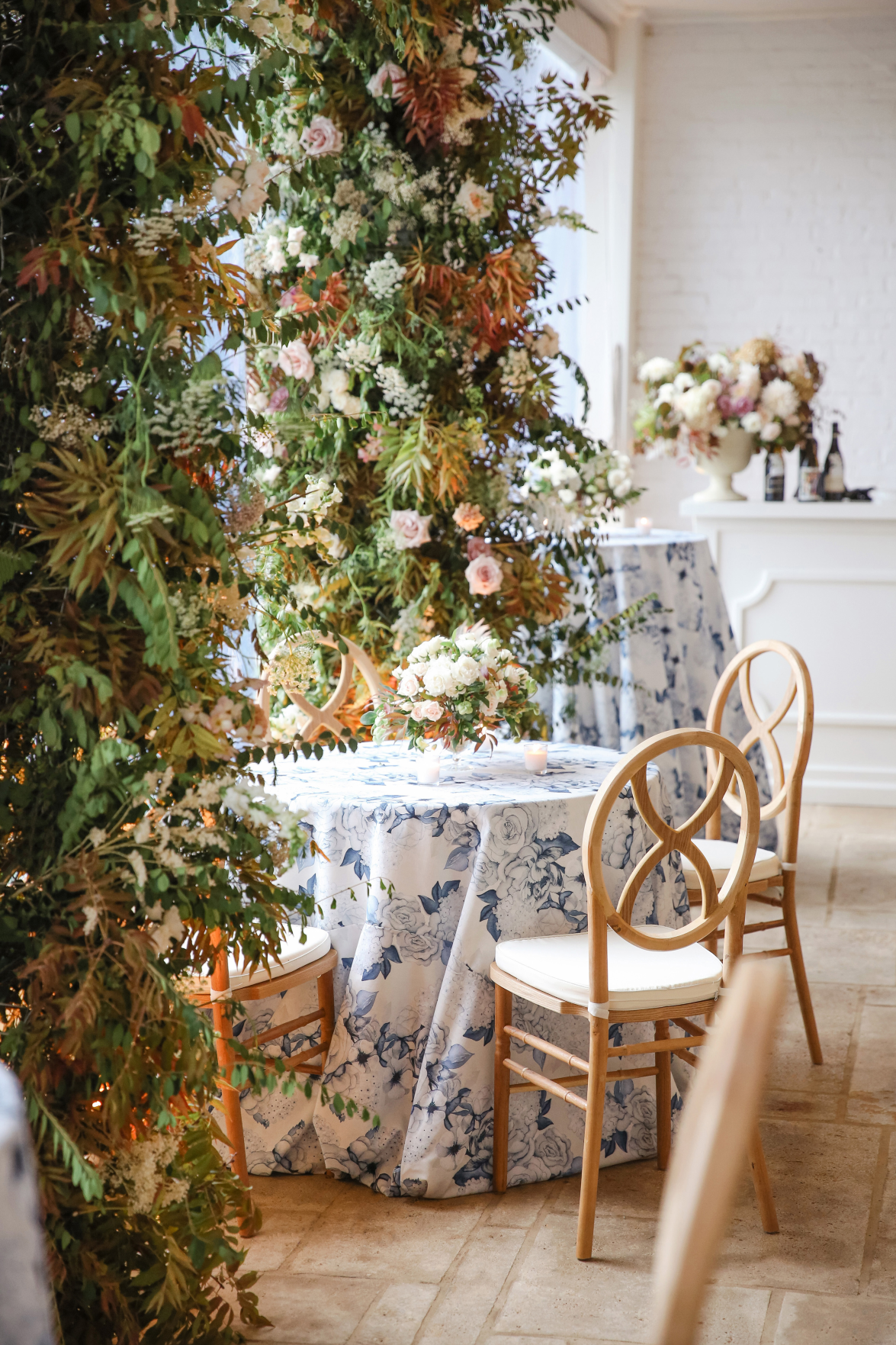 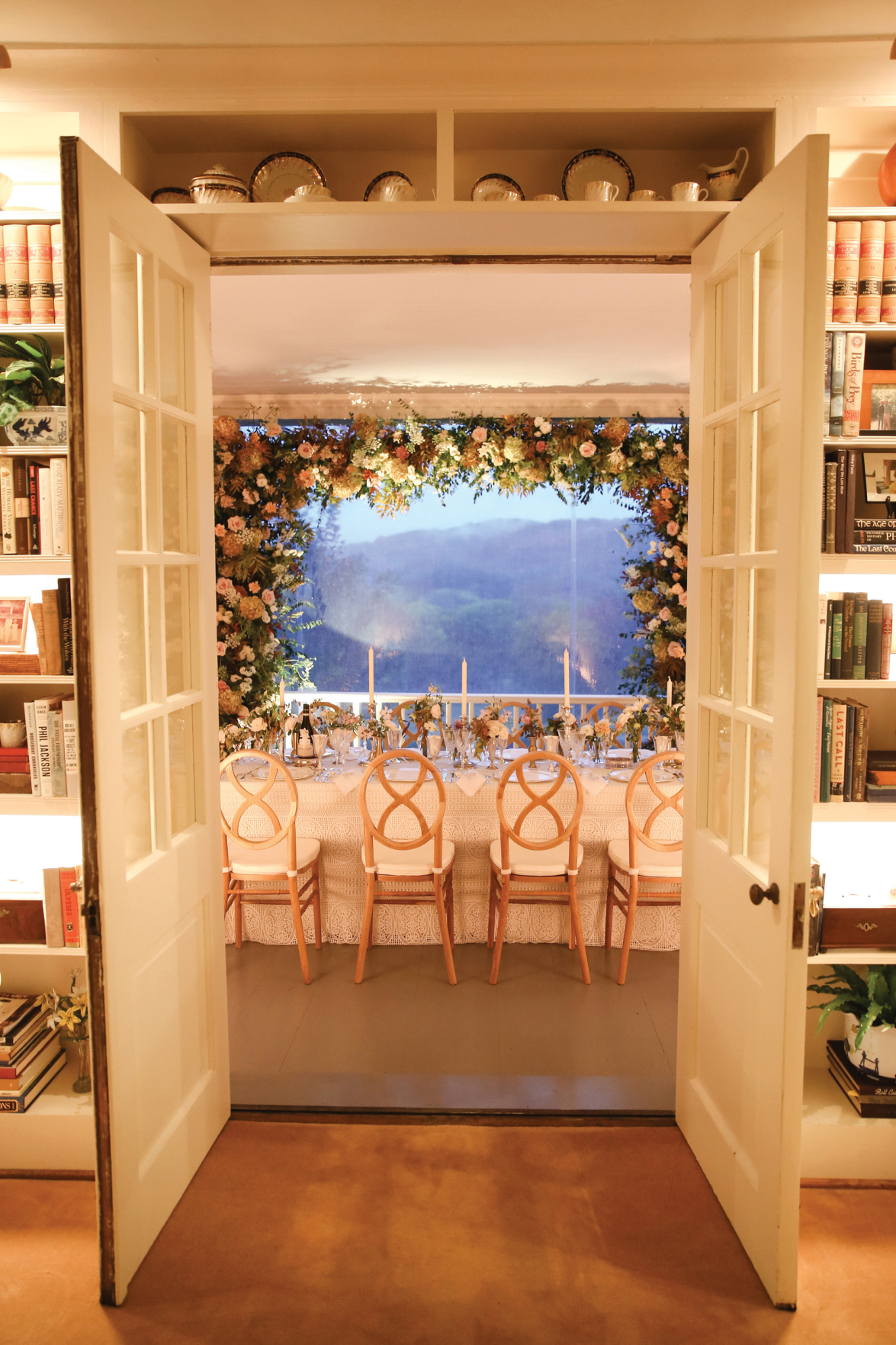 Sara Brown and David Fleishman became friends in 2011 during their freshman year at University of Virginia but did not begin dating until they were seniors. After graduation, Sara worked in San Francisco, and David worked in New York for almost two years before moving to San Francisco. There was another chapter of long-distance dating when Sara attended Owen School of Management at Vanderbilt.

During Sara's fall break in 2019, she visited David in San Francisco, where he had planned a daytrip to wine country. Upon arriving at a vineyard, they were instructed to walk around the property until the next tasting tour. When they reached a spot on a hill overlooking the countryside, David proposed. He then further surprised Sara with a celebratory lunch including all of their immediate family. After the alfresco meal, everyone drove over to Sara's aunt and uncle's farm nearby to continue the afternoon celebrations with their greater family.

They married in Nashville in October under a floral chuppah in the garden of Wildwood, Sara’s grandparents' farm. Family friends Rev. Becca Stevens and Cantor Robert Gerber officiated the interfaith ceremony, which included only siblings, parents and grandparents.

The bride wore a gown by Oscar de la Renta and carried a bouquet of garden and spray roses by FLWR Shop. Jenny Richter Corts coordinated the event, and Sam Levine played for the reception on the upper and lower porches of the home.

Kristen Winston catered the seated dinner on the upper porch with a choice of two entrées: seared duck breast or Chilean sea bass. Dessert Designs created the cake. Following the wedding toasts, there was a surprise fireworks display and  dancing.

After a wedding trip to Blackberry Mountain, the newlyweds returned to San Francisco, where Sara is an environmental sustainability and strategy consultant, and David is an investor at Level Equity. Their parents are Cathy and Martin Brown of Nashville and Sheri and Robert Fleishman of Houston, Texas.