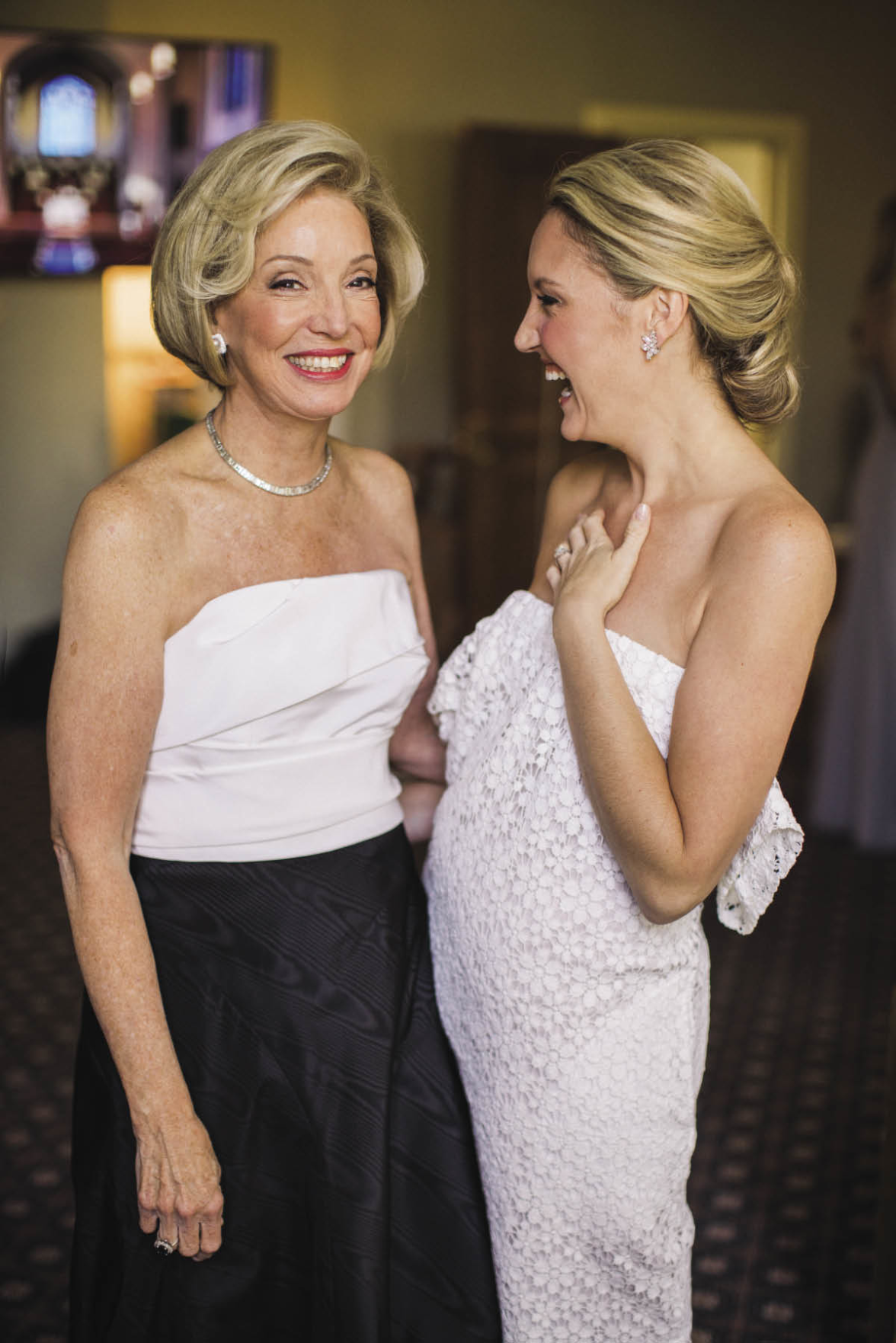 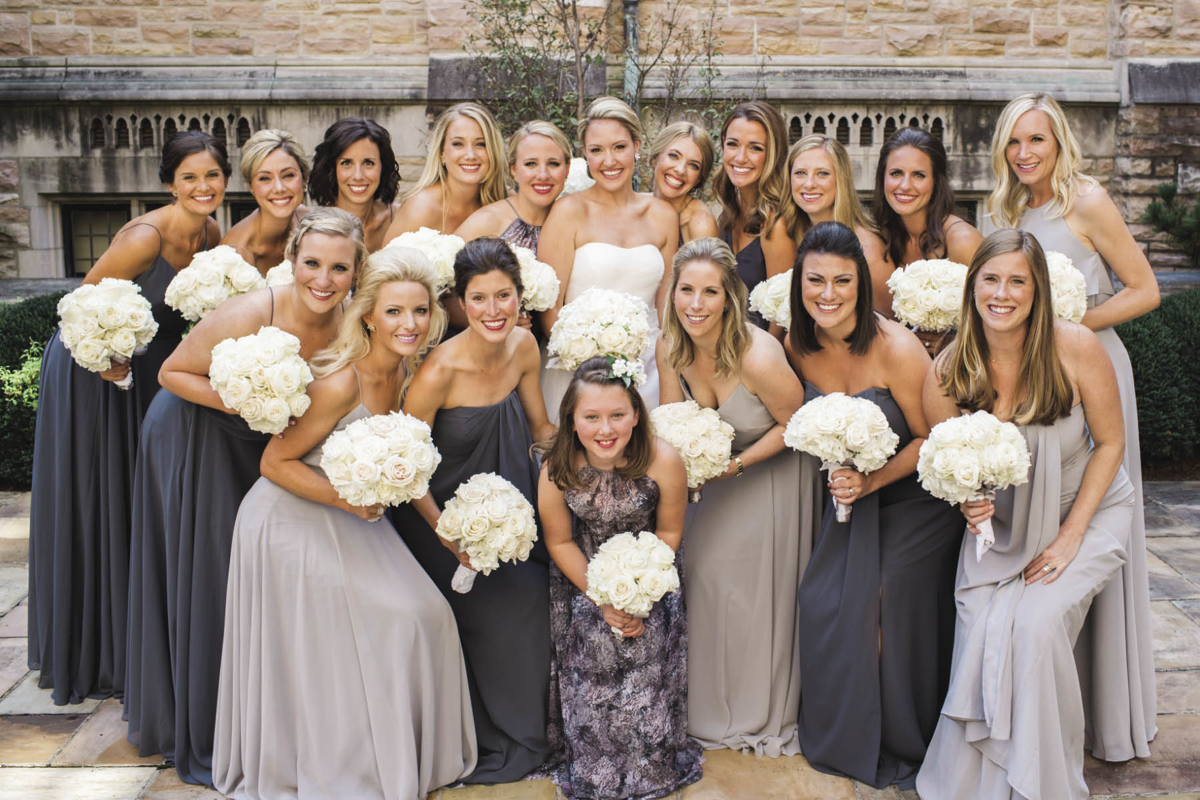 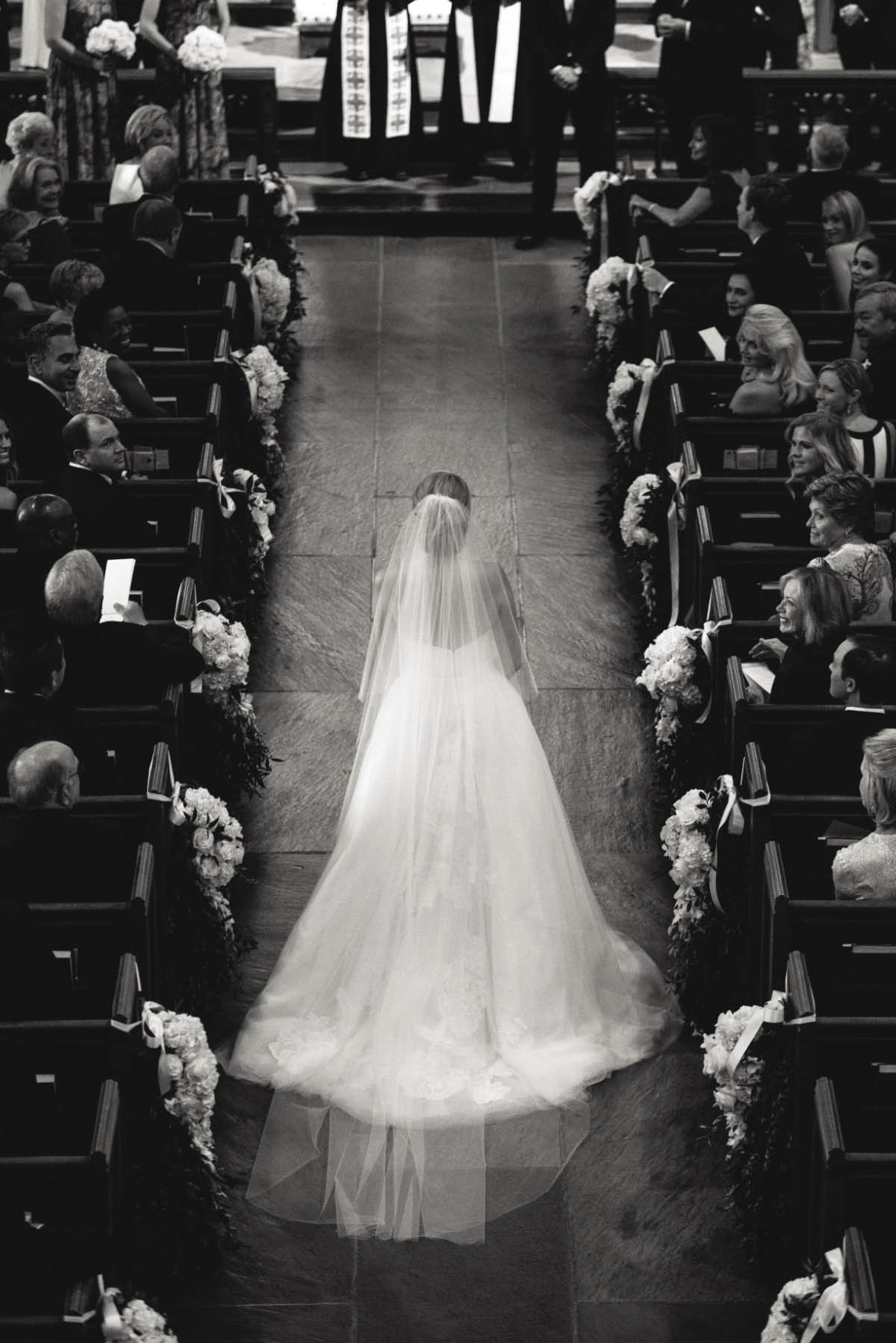 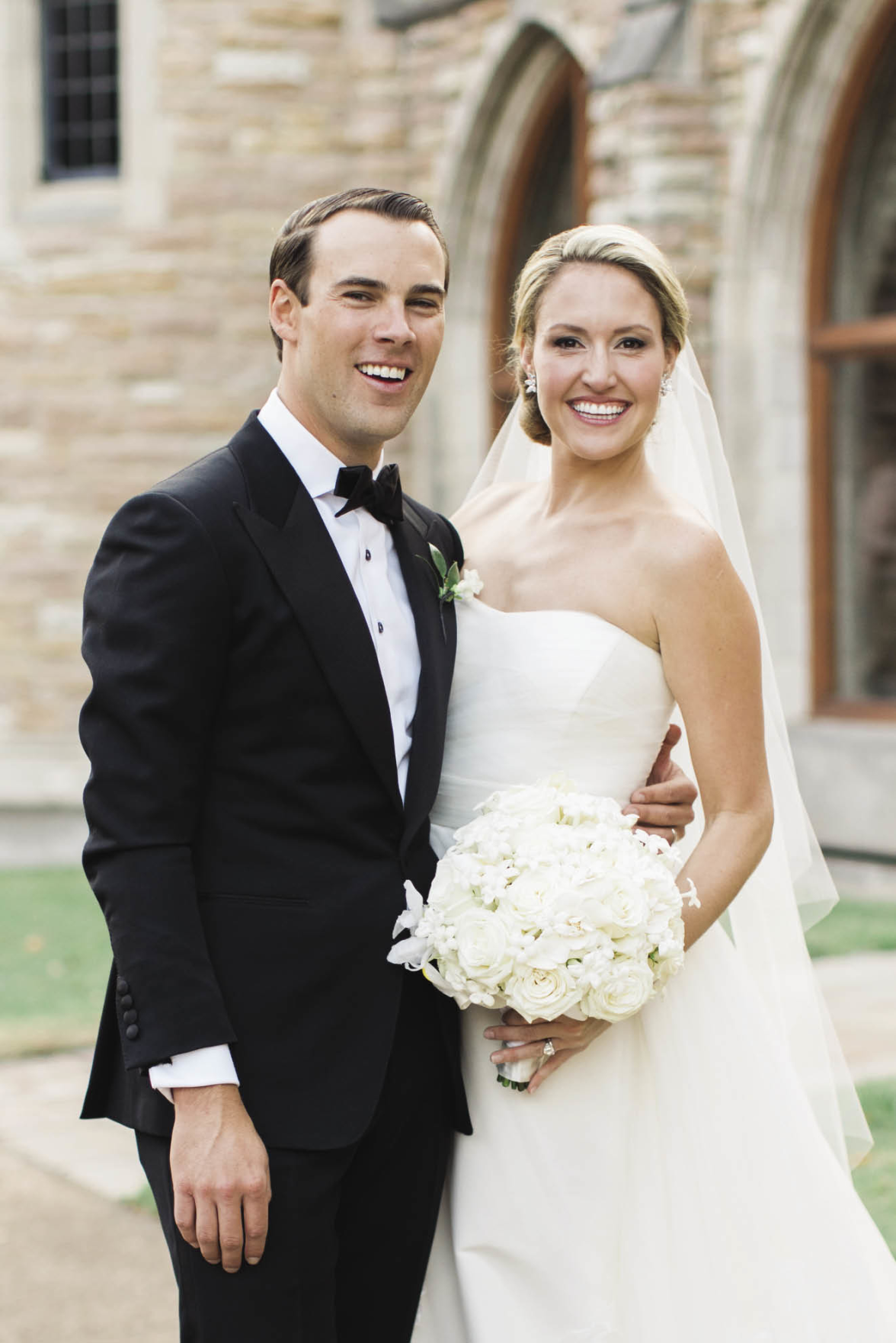 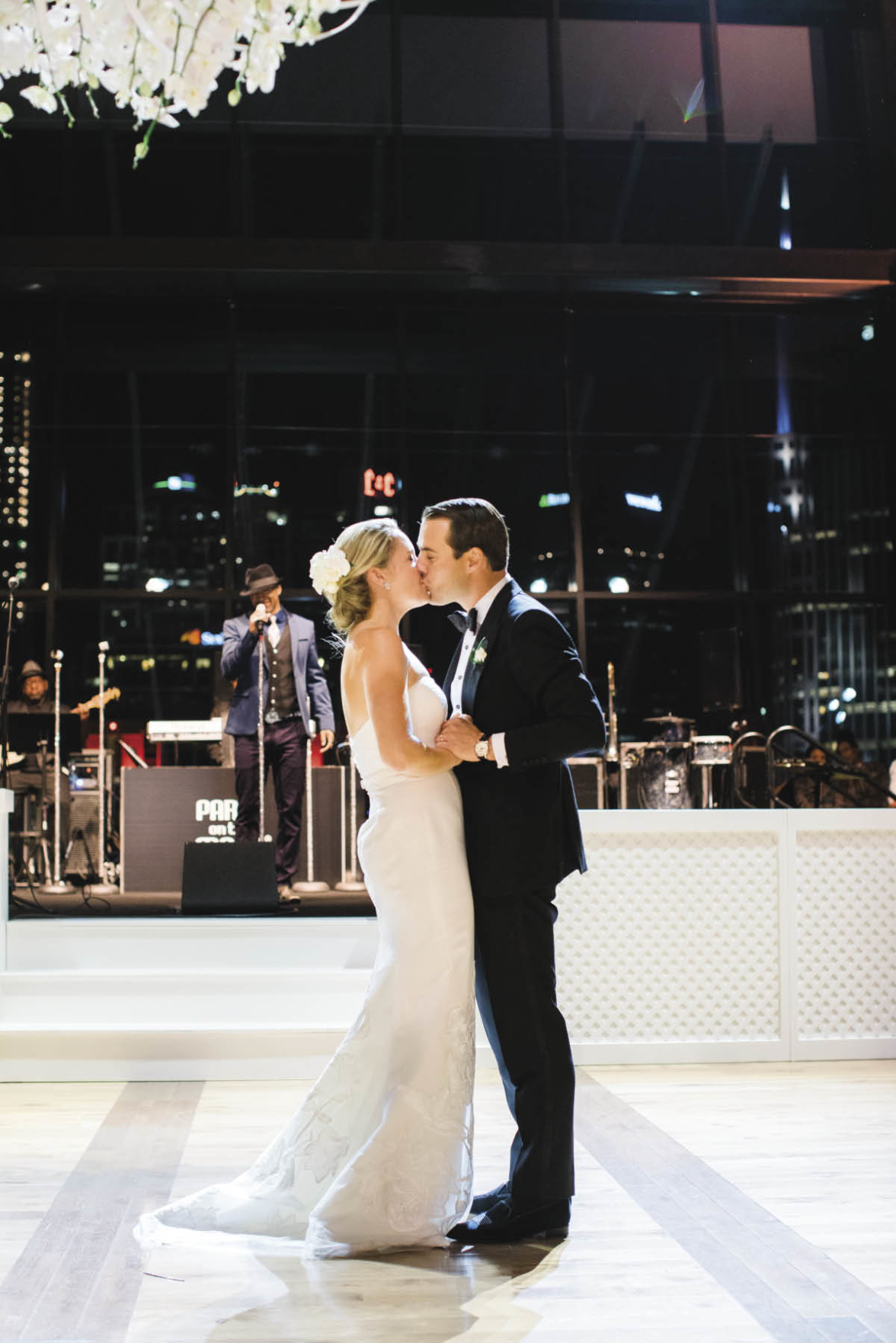 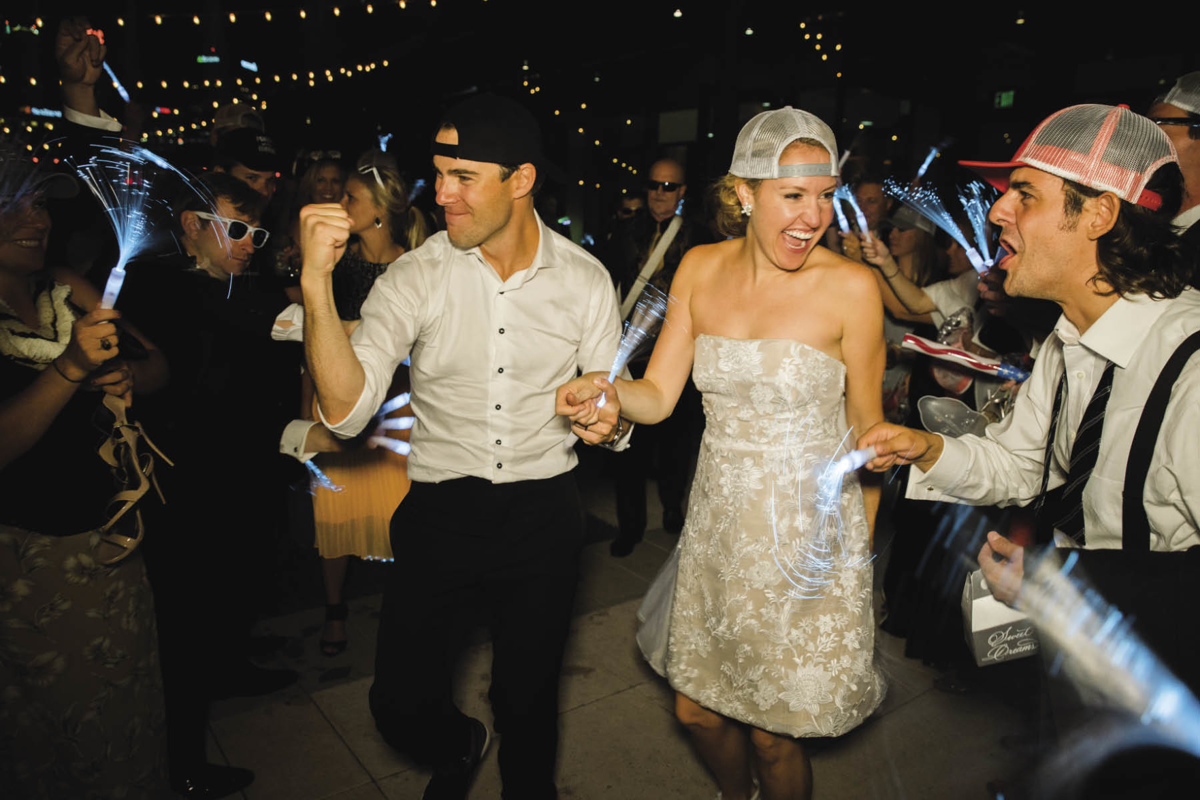 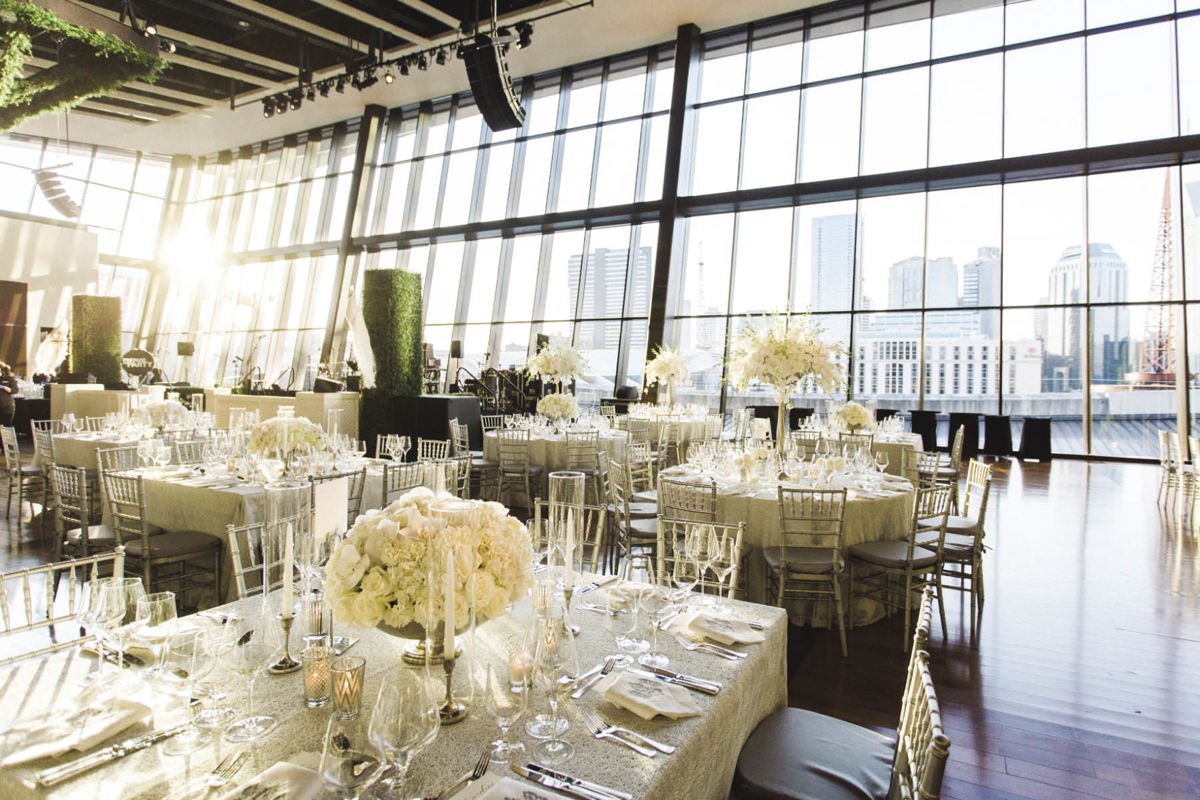 Raleigh Anne Blank and John Gray met as campers at YMCA Camp Thunderbird in Lake Wylie, South Carolina, in the summer of 1997.They reconnected following the wedding of a fellow camper in 2015 and began a long-distance courtship between North Carolina and California. On Thanksgiving weekend of 2016, in Raleigh Anne's San Francisco living room, John proposed with a letter he had written to her late father, Ed Blank, asking for his blessing.

They married in September at West End United Methodist Church. The officiants were the Rev.Kirk McNeil, who married Raleigh Ann's parents in 1983, and the Rev. Jody Seymour of Davidson, North Carolina. The bride carried a handkerchief her grandmother "Big Dede" bought for this occasion on a choir trip to Belgium when Raleigh Anne was a baby.

The Tulip Tree designed the bride’s white bouquet of gardenias, stephanotis, garden roses and asingle iris blossom. (In 1973, Raleigh Anne’s father, then a state senator, sponsored the legislation to make the iris the Tennessee State Flower.) Carolina Herrera designed the bride's gown, and Jenny Corts helped plan the event. You're Invited designed the invitations, and Val Cole did the calligraphy.

Following the reception at the Country Music Hall of Fame, the couple exited via the gates to the Omni Hotel —leaping into the pool fully clothed, hand in hand. They honeymooned at Blackberry Farm followed by a wedding trip to South Africa and Dubai for the holidays. They split their time between New York City and Charlotte, North Carolina. Raleigh Anne is the founder of Must Love Sports and CEO of EdgeOf consulting. John is head of investments at Lennar Multifamily Communities.

Raleigh Anne is a graduate of Harpeth Hall School and University of Virginia andhas her MBA from Owen Graduate School of Management at Vanderbilt University. John is a graduate of Providence Day School in Charlotte and The University of North Carolina at Chapel Hill. Their parents are Peaches Gunter Blank and the late Edward C. Blank II and Deborah and John Gray of Charlotte.