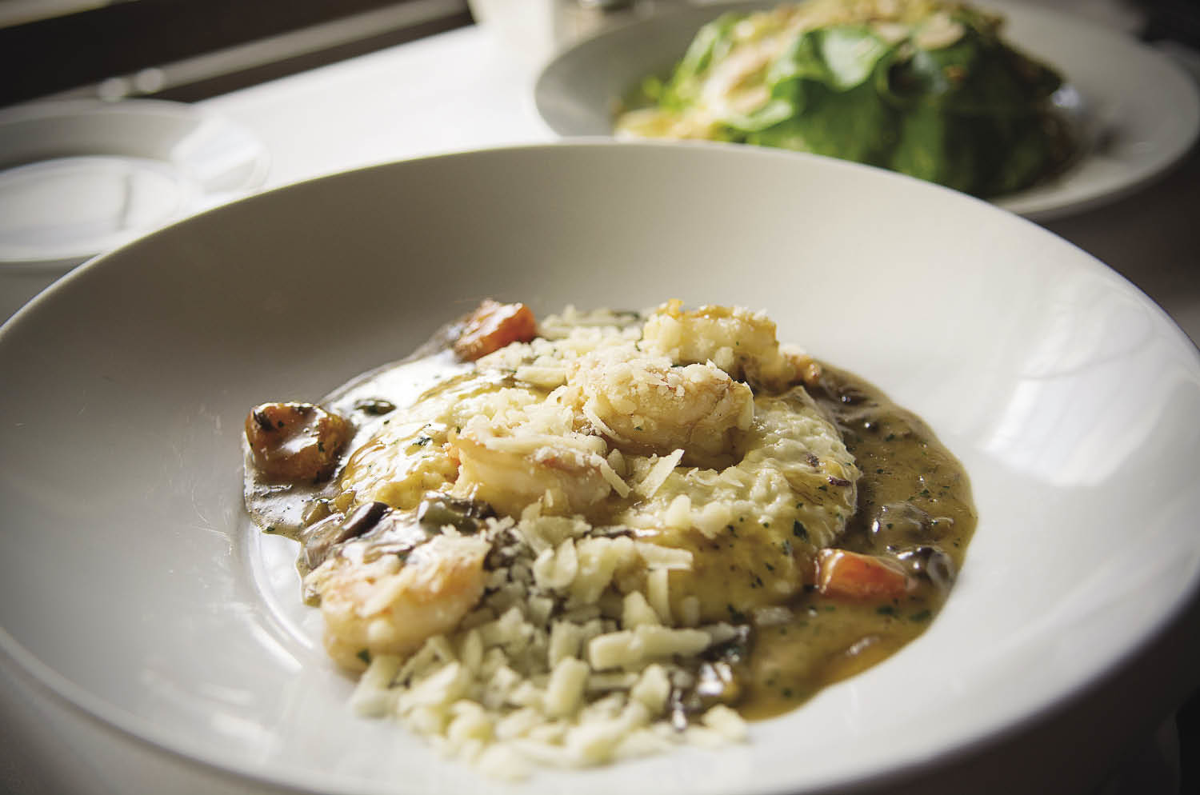 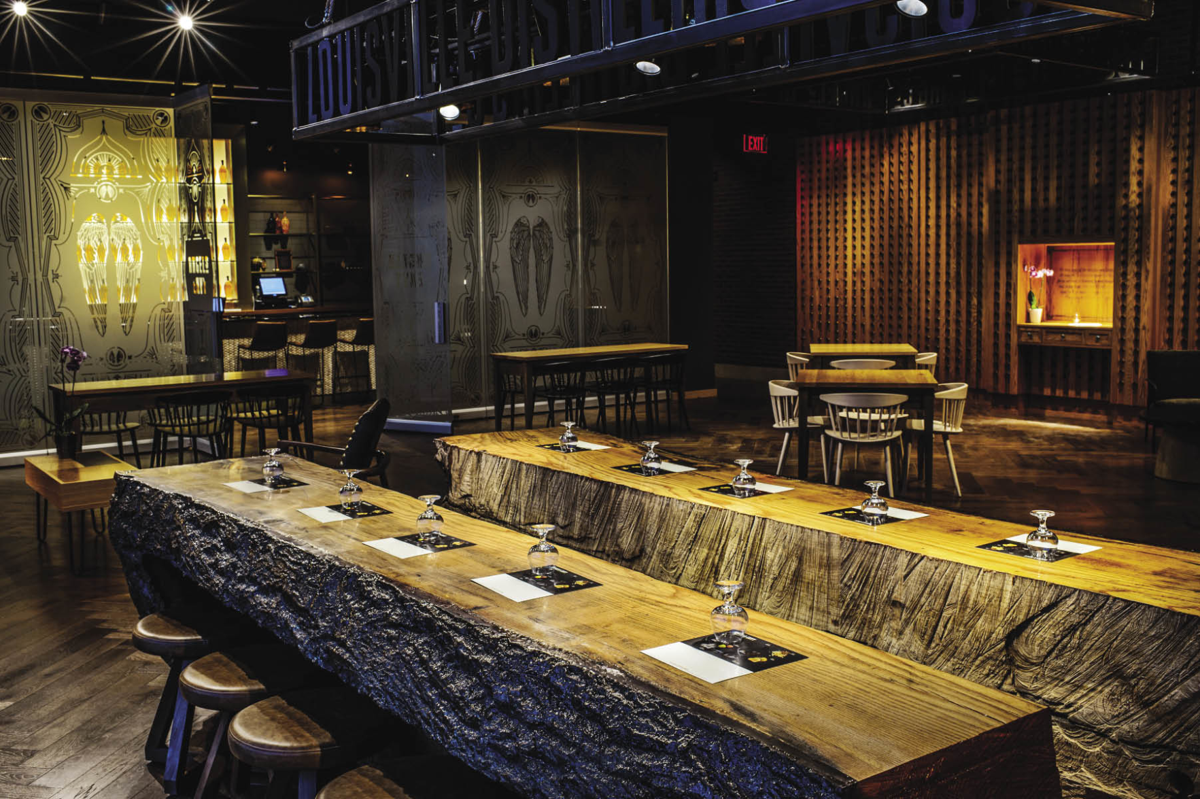 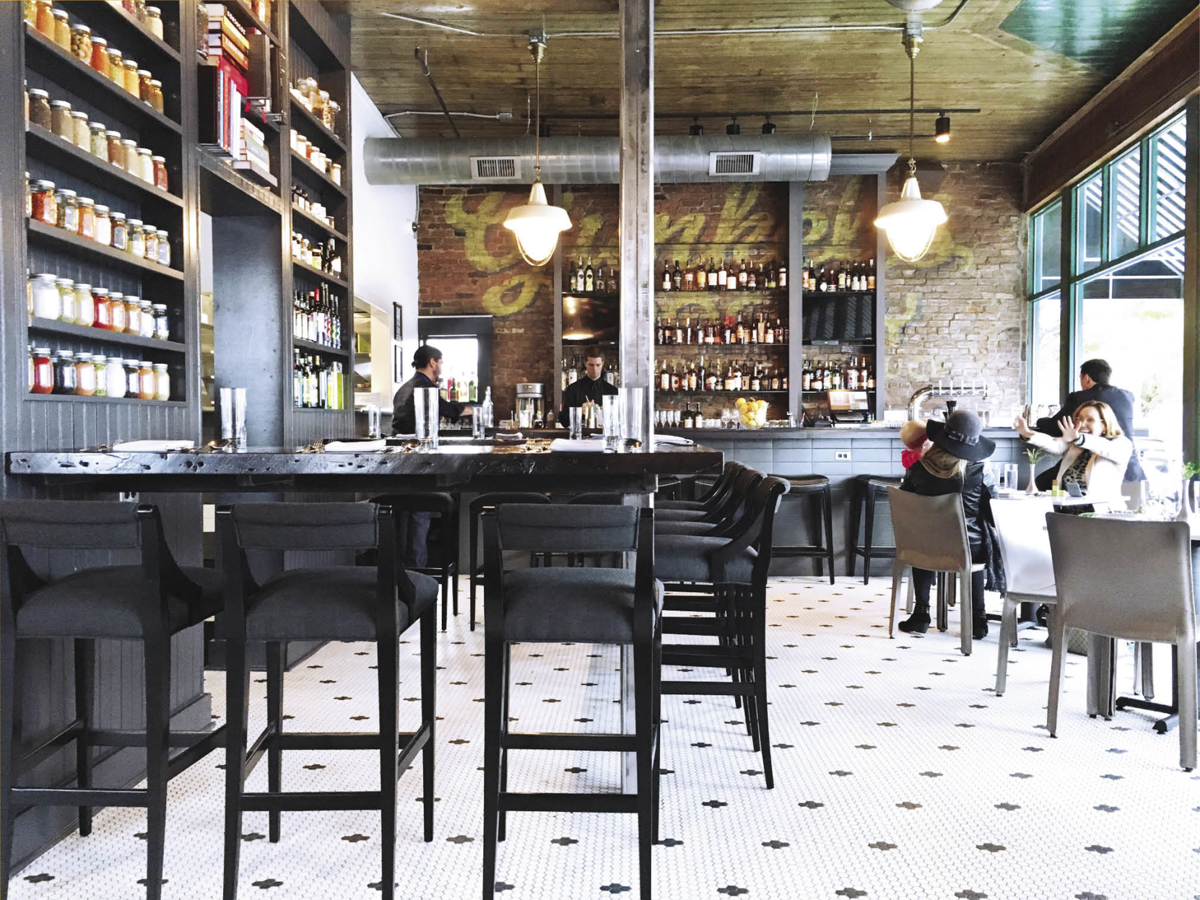 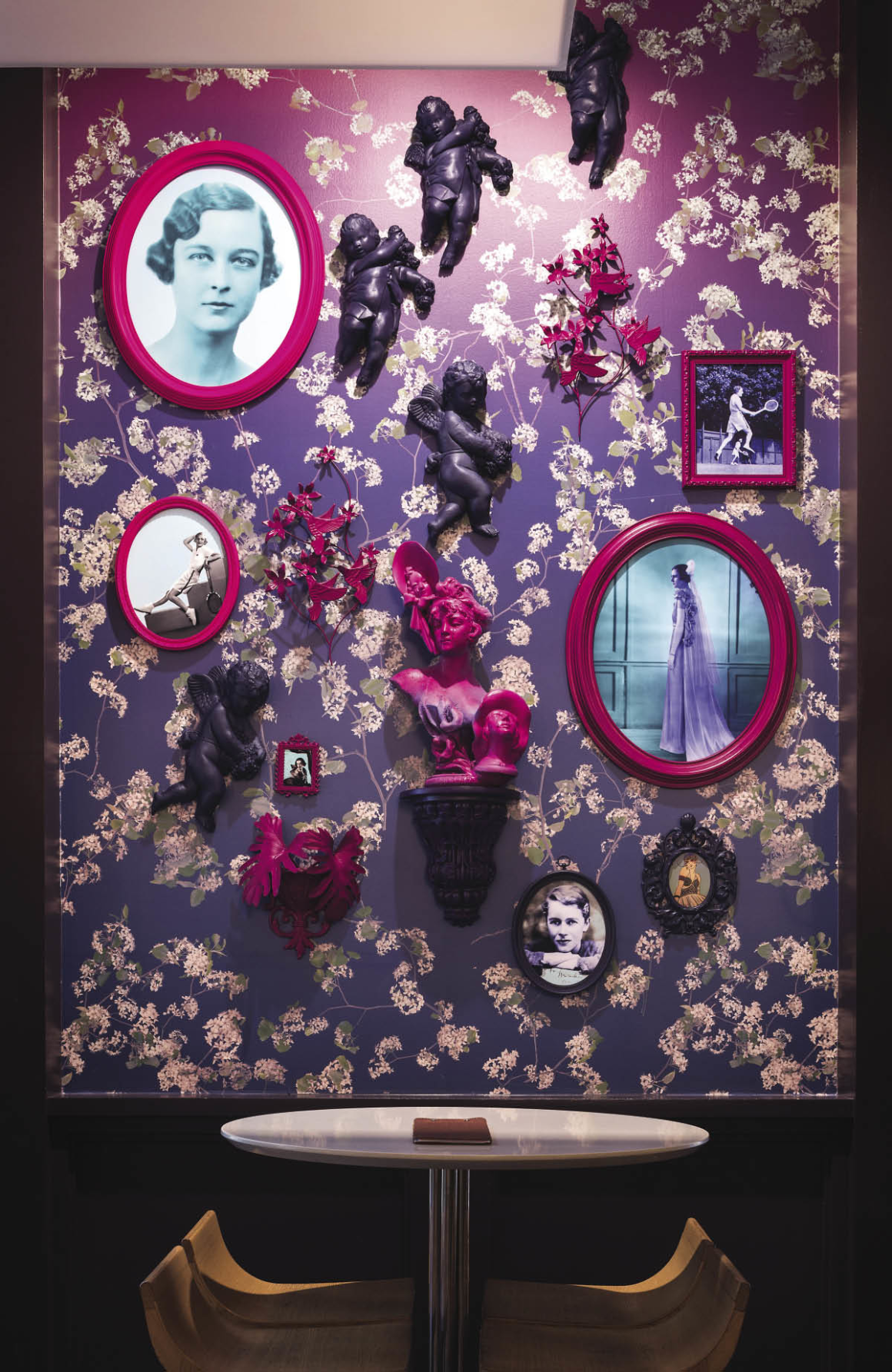 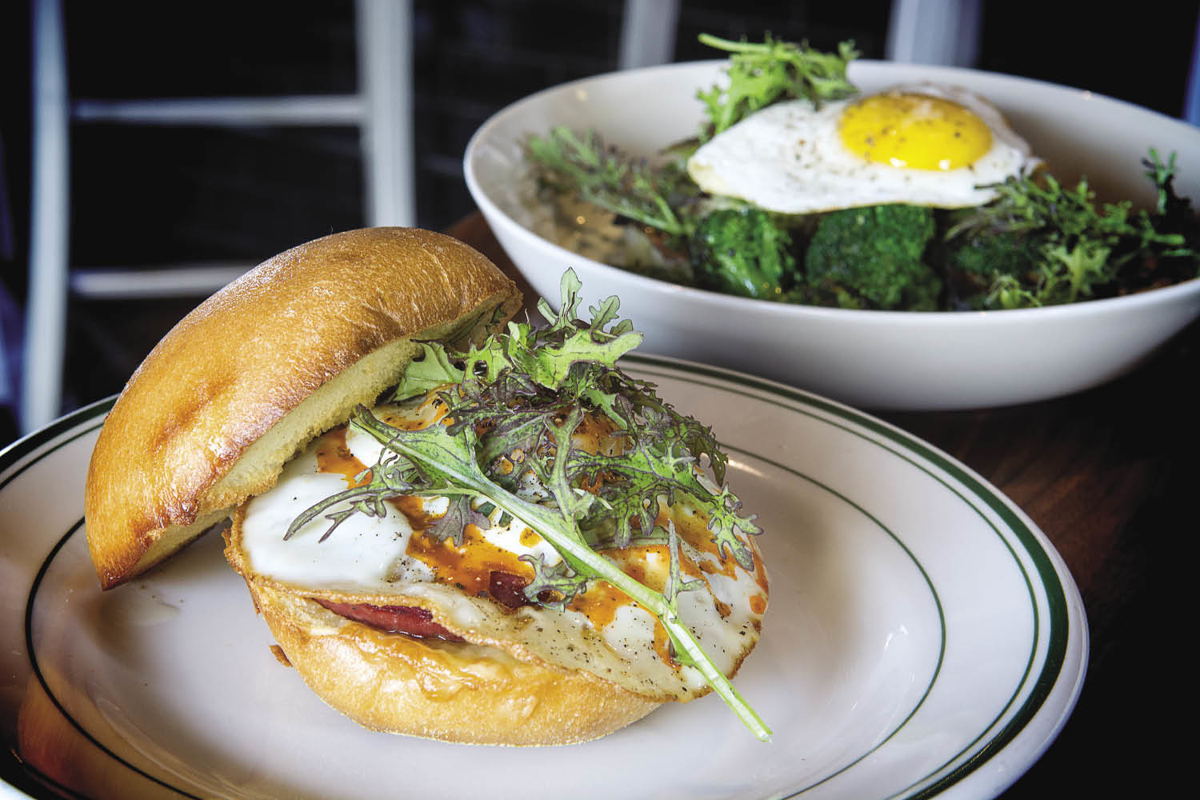 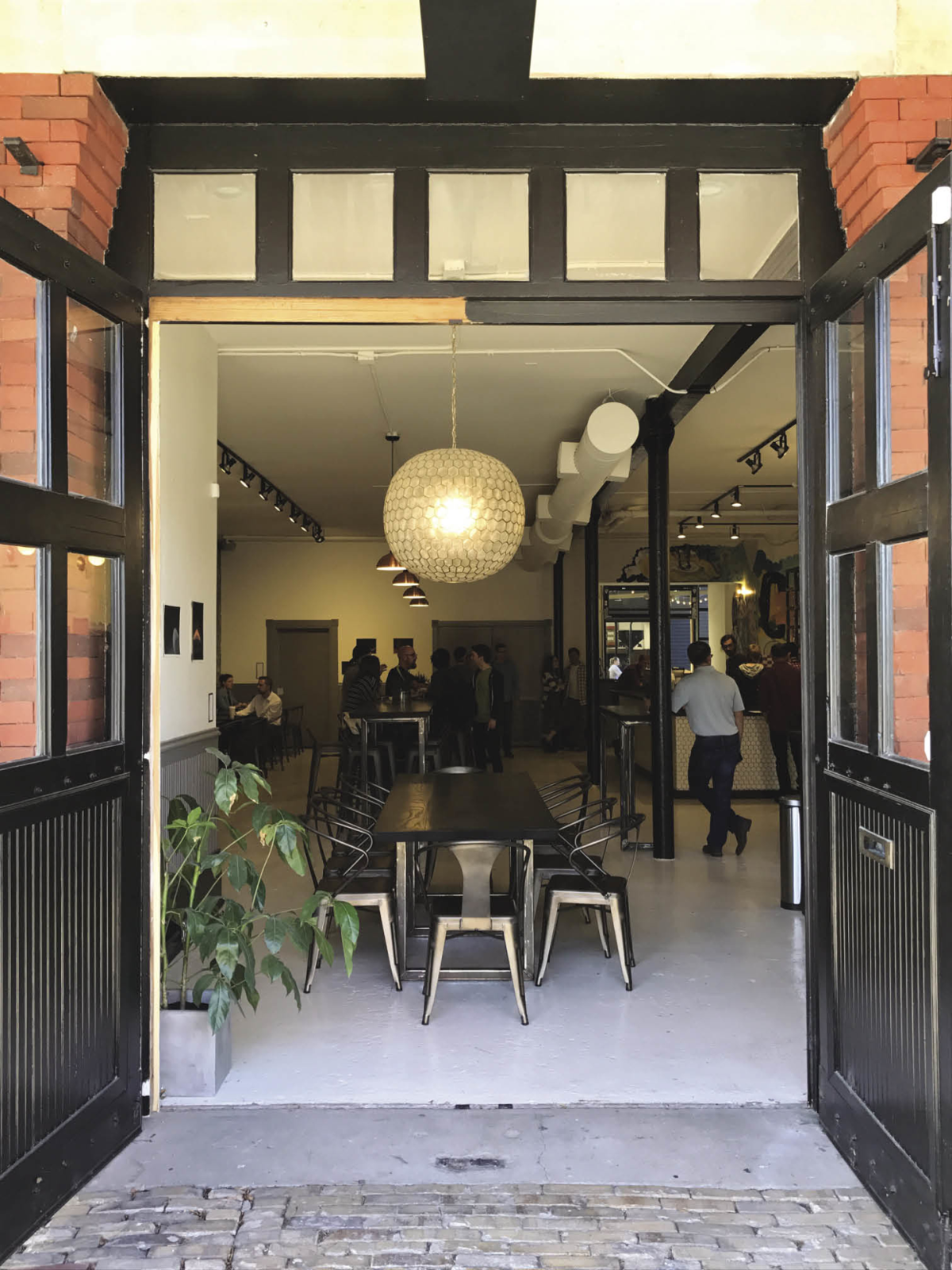 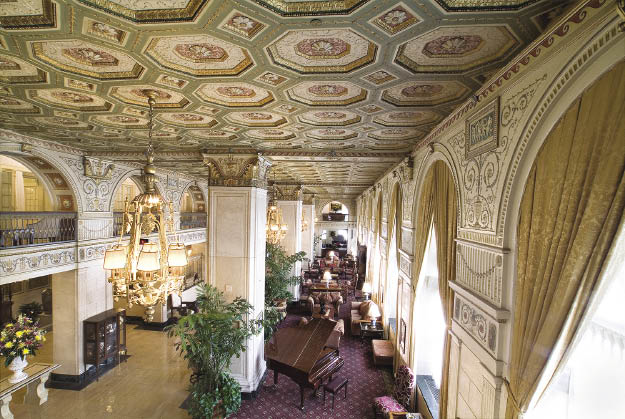 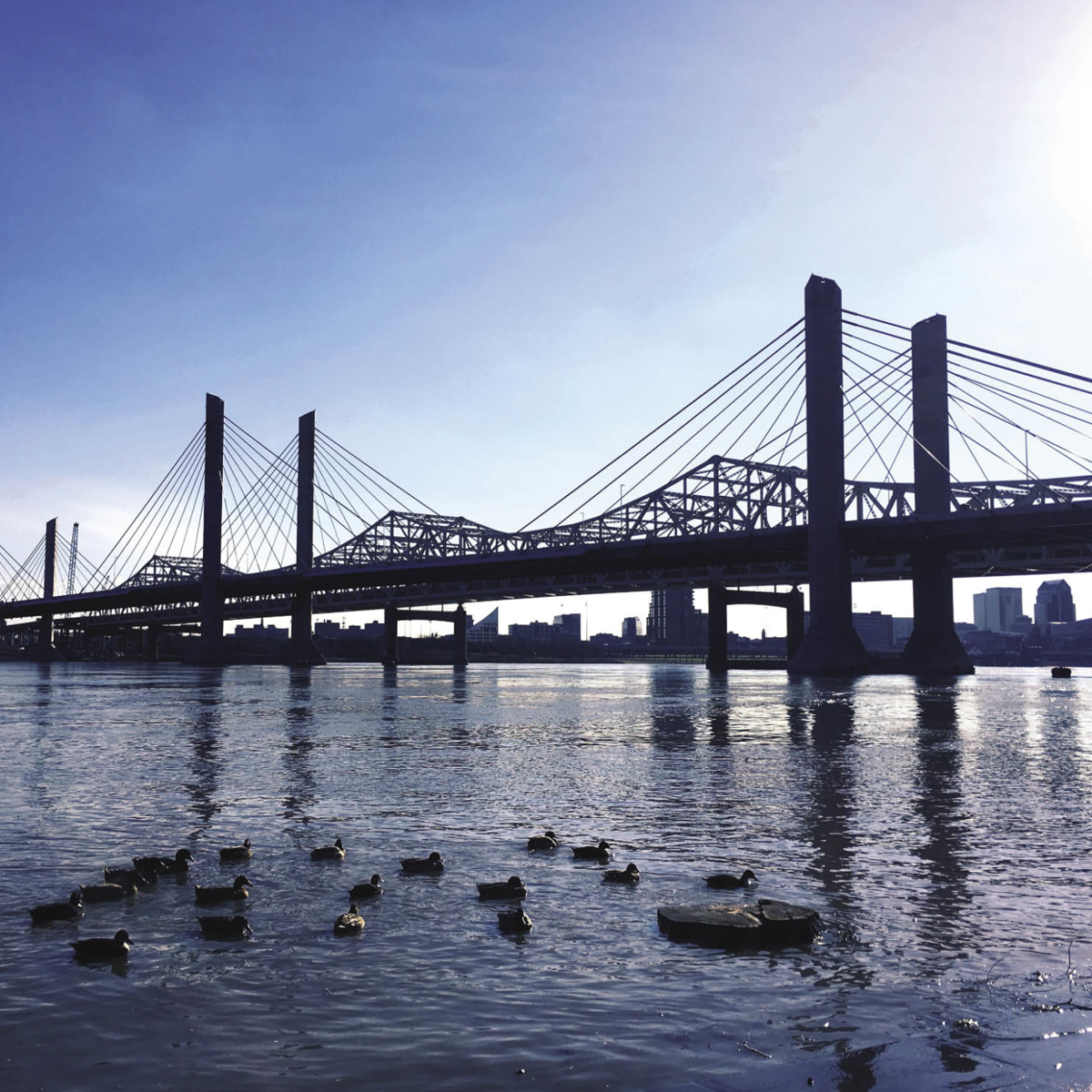 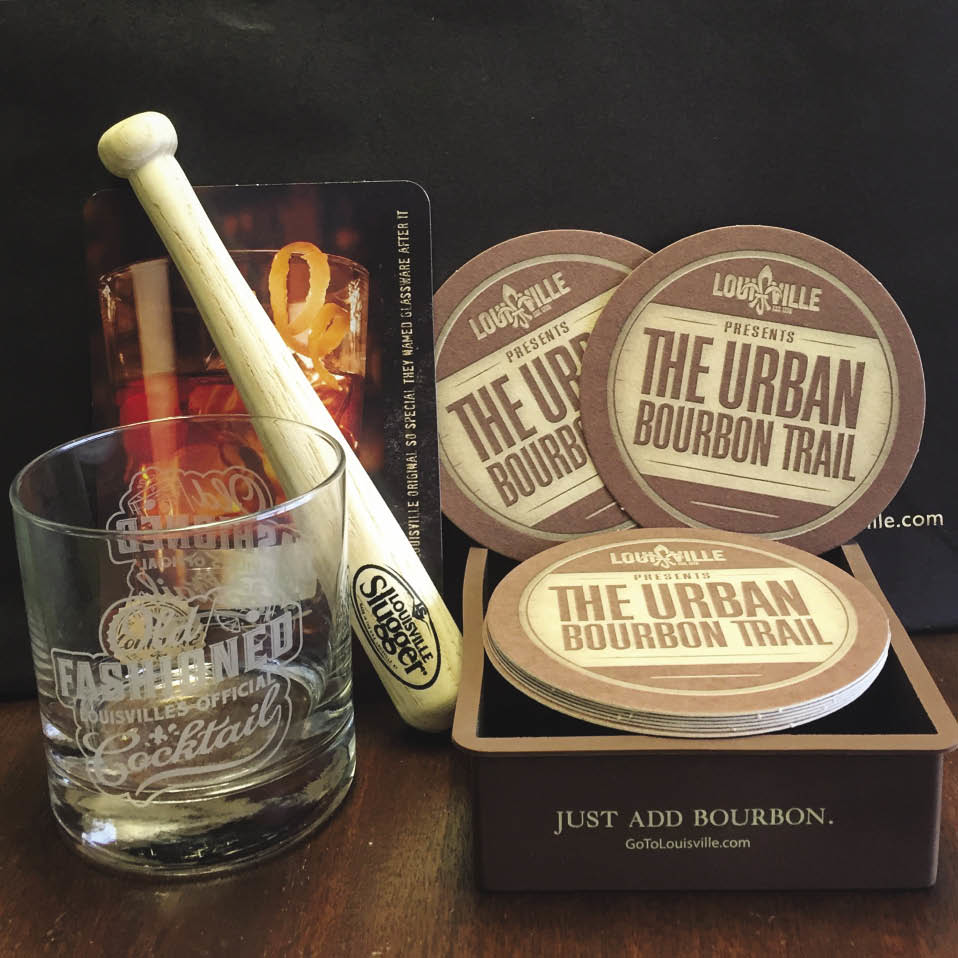 Our metropolitan neighbor to the north, Louisville is a city that has managed to retain much of its historic charm while reinventing itself into a truly cosmopolitan destination for world-class dining, arts and culture. Unique neighborhoods, each with a distinct personality and charm, cluster together in and around downtown, providing endless shops, restaurants, parks and tree-lined streets to explore. And, of course, no visit to the Bluegrass State is complete without bourbon. Located on the western end of the Kentucky Bourbon Trail and nicknamed the “Center of the Bourbon Universe,” Louisville is the perfect place to begin or continue your education of the South’s most famous spirit, 95 percent of which is distilled in the state.

Follow the red penguin to the flagship 21c Museum Hotel, located on historic West Main Street, just a stone’s throw from the Ohio River. The past meets the present in the boutique hotel — formerly a series of warehouses — where inviting guest rooms blend original features, like exposed brick walls, with modern furniture and luxury amenities. But what truly sets the hotel apart from its competitors is the art. On display in the hallways, elevators, guest rooms and the 9,000 square feet of exhibit space, the rotating collection of contemporary art is open to the public 365 days a year. 700 W. Main St., Louisville, 21cmuseumhotels.com/louisville

Since 1923, the Brown Hotel has been a haven for sophisticates and celebrities from around the world. Marked by opulent glamour and plenty of Southern charm, the historic hotel has played host to guests like Elizabeth Taylor, Joan Crawford, Harry Truman and the Duke of Windsor. A $12 million renovation has brought modern upgrades to guest rooms without sacrificing any of the hotel’s old-world grandeur, transporting guests to an era gone by with all the comforts of today. 335 W. Broadway, Louisville,brownhotel.com

Located in picturesque Highlands in a 1905 Victorian home, the cozy cafe's breakfast and lunch menu is filled with vibrant Kentucky flavors prepared with expert attention to detail. The crispy pork hash, mixed with roasted vegetables and red potatoes and topped with a sunny egg, is a showstopper, and the pimento cheese and ham tartine is nearly too pretty to eat. If the weather is nice, enjoy your meal in the courtyard surrounded by vines and fresh flowers. 1001 Baxter Ave., Louisville, gralehaus.com

Housed in a former neighborhood market, Butchertown Grocery offers clever twists on classic Southern and Mediterranean fare for lunch, dinner and brunch. The gnocchi, prepared from scratch in-house, is a not-to-be-missed starter, and if you stop in for brunch or lunch, try the chicken and waffles. The hearty-enough-to-share entrée is served atop a butcher block and sprinkled with fried rosemary and leeks. 1076 E. Washington St., Louisville, butchertowngrocery.com

At this dining destination in 21c Museum Hotel, every meal is a work of art. Executive chef Mike Wajda’s dishes rely heavily on ingredients from area farms, including Woodland Farm, owned by 21c’s founders, which supplies the restaurant with heirloom fruits and vegetables, Mulefoot and Hereford hogs, grass-fed bison and eggs. Local flavors are ever-present at the bar as well, with more than 120 Kentucky bourbons on the menu. 702 W. Main St., Louisville, proofonmain.com

A tribute to the Bakersfield Sound — an offshoot of country music popularized in California in the ‘50s — The Silver Dollar is a modern spin on a midcentury California honky-tonk. On the brunch and dinner menus, Southern classics like shrimp and grits peacefully coexist alongside Cali-inspired entrées like chilaquiles verdes, and the drink menu boasts nine pages of Kentucky spirits. 1761 Frankfort Ave., Louisville, whiskeybythedrink.com

The picturesque bakery and cafe feels like it was stolen from a quaint European village and dropped into charming Crescent Hill. The made-from-scratch European and American pastries are the perfect sweet accompaniment to a cup of coffee, but if you crave heartier breakfast or lunch fare, grab a table at the cafe to enjoy seasonal salads, wood-fired pizzas and tartines and filling sandwiches. 2868 Frankfort Ave., Louisville,bluedogbakeryandcafe.com

A true farm-to-table eatery, Harvest sources 80 percent of its ingredients from within 100 miles of Louisville for its “rustic regional” cuisine. It’s a romantic spot for dinner, where couples can share a Kentuckiana cheese board before diving into modern takes on Southern comfort food. But with fluffy omelets and brioche French toast, the weekend brunch is worthy of a visit too.624 E. Market St., Louisville, harvestlouisville.com

Revisit the class and sophistication of 1930s Louisville at the oldest freestanding restaurant in town. The white tablecloths, black-and-white checkerboard floor, live jazz and the original 1933 bar beckon patrons to the past, while the modern fine dining cuisine celebrates the flavors and culinary techniques of the present. 1007 Bardstown Road, Louisville, jackfrys.com

Get your caffeine boost at Quills Coffee, which boasts five locations in and around downtown. Complementing the curated selection of pour-over coffees, teas and espresso drinks (including an espresso Old-Fashioned) is a small but impressive breakfast and lunch menu featuring breakfast burritos, healthy salads, sandwiches and fresh pastries. quillscoffee.com

Get a behind-the-scenes peek at how bourbon is made at Angel’s Envy, one of six urban distilleries located downtown. Learn about the production of Angel’s Envy hand-blended batches from corn to cask on a tour. For $20, you’ll see every step of the process before concluding in The Finishing Room for a tasting. 500 E. Main St., Louisville, angelsenvy.com

Experience Kentucky’s most famous beverage at roughly 40 restaurants and bars across the city that specialize in bourbon. Every establishment on the trail offers at least 50 types of bourbon, with some boasting as many as 165. Pick up a UBT passport to track your journey, and earn a free T-shirt by visiting six spots. kentuckytourism.com/urban-bourbon-trail

Get outside of the city and explore the countryside on the official Kentucky Bourbon Trail, which runs from Louisville to Lexington. The self-guided tour will take you to 10 signature distilleries — including Woodford Reserve, Bulleit and Four Roses — and 25 craft distilleries, all of which offer tours and tastings.kybourbontrail.com