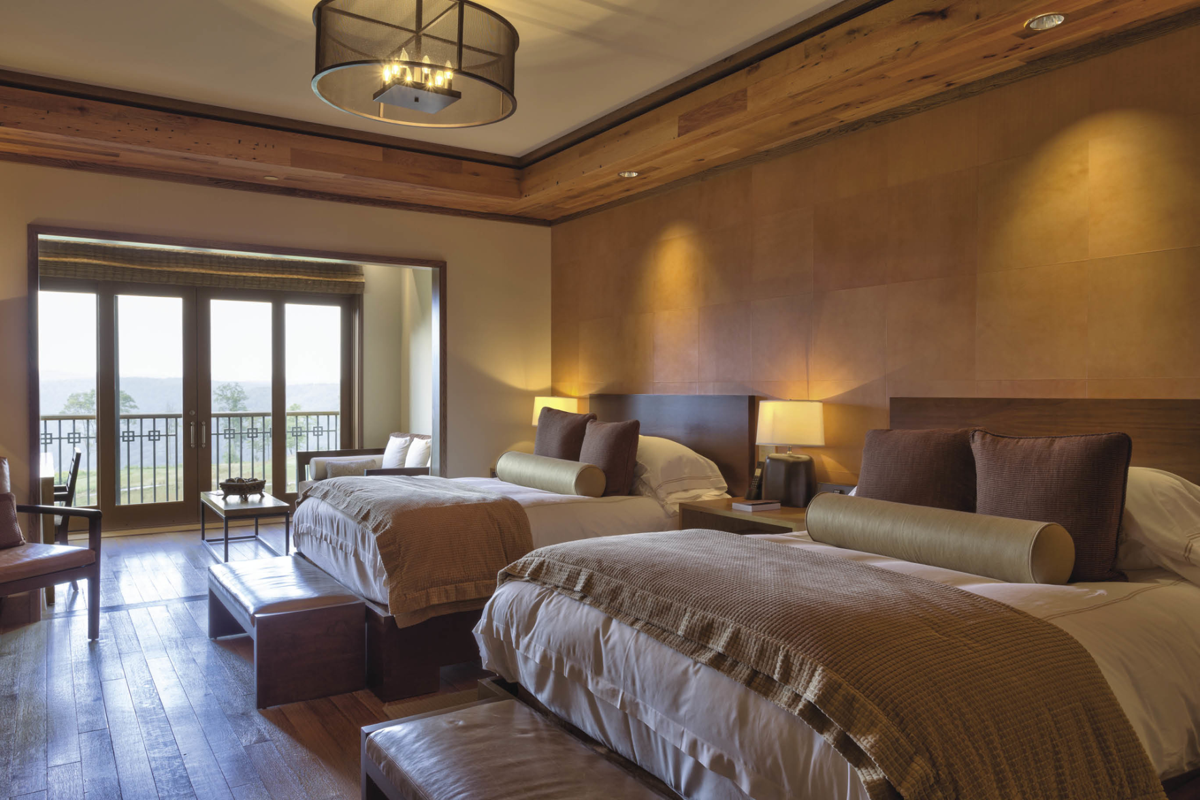 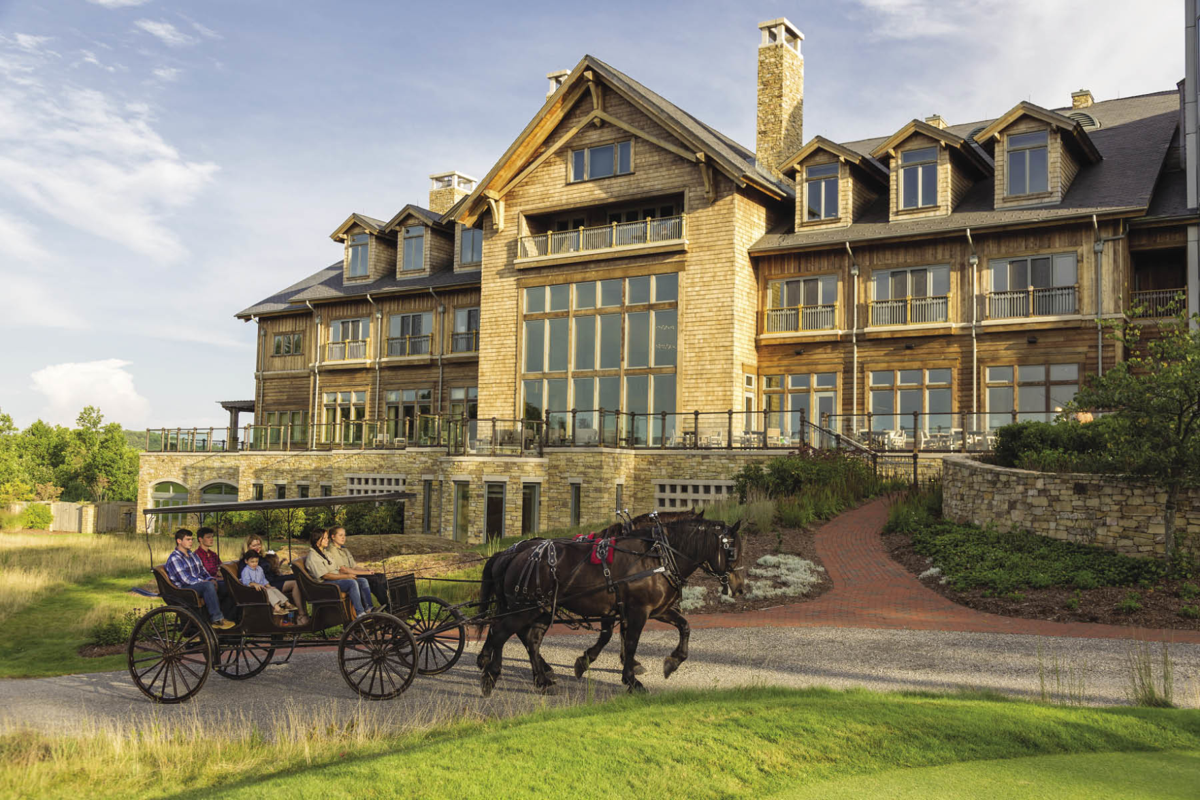 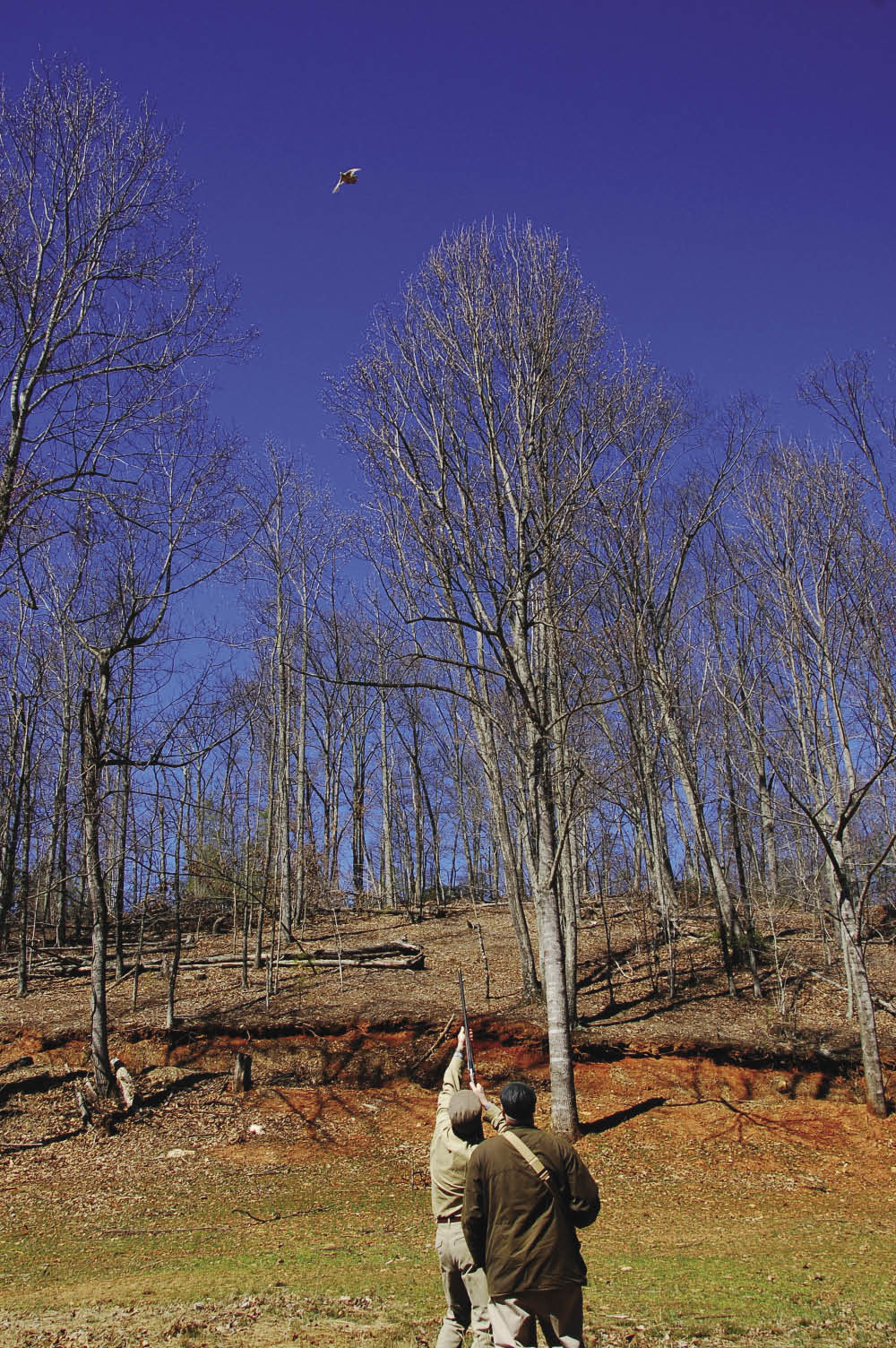 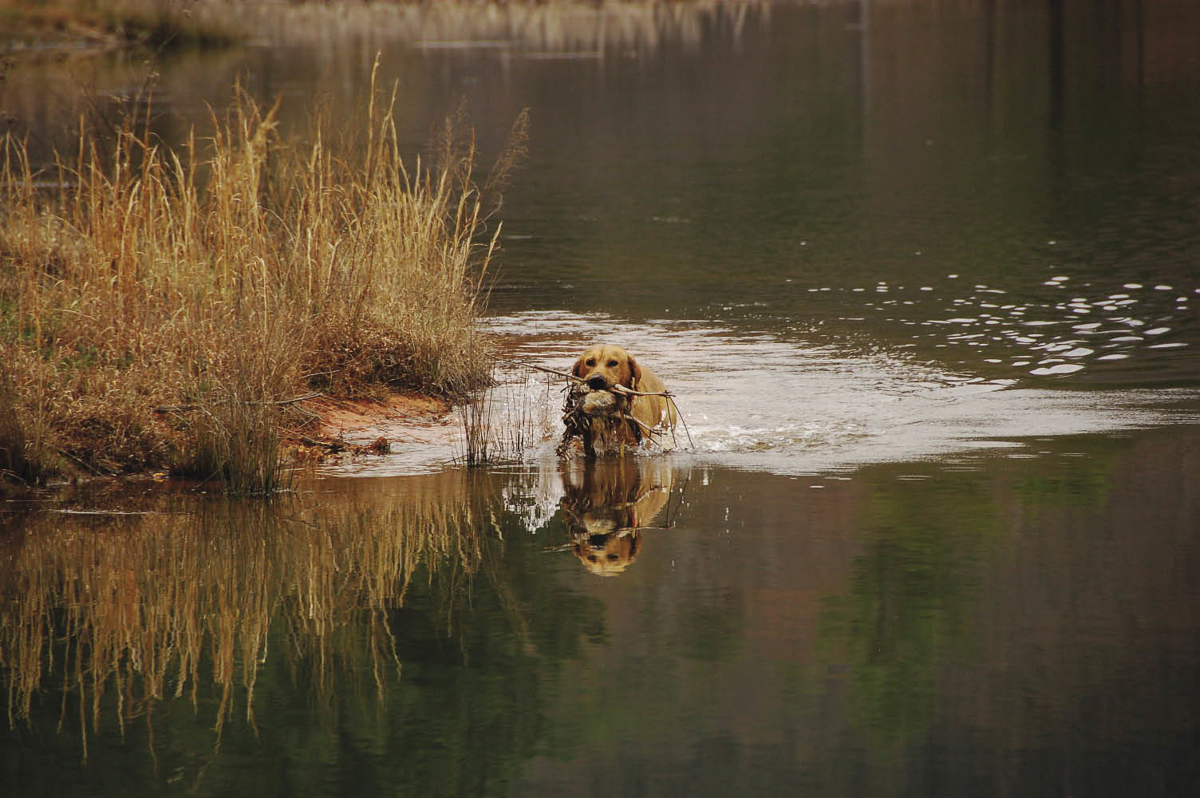 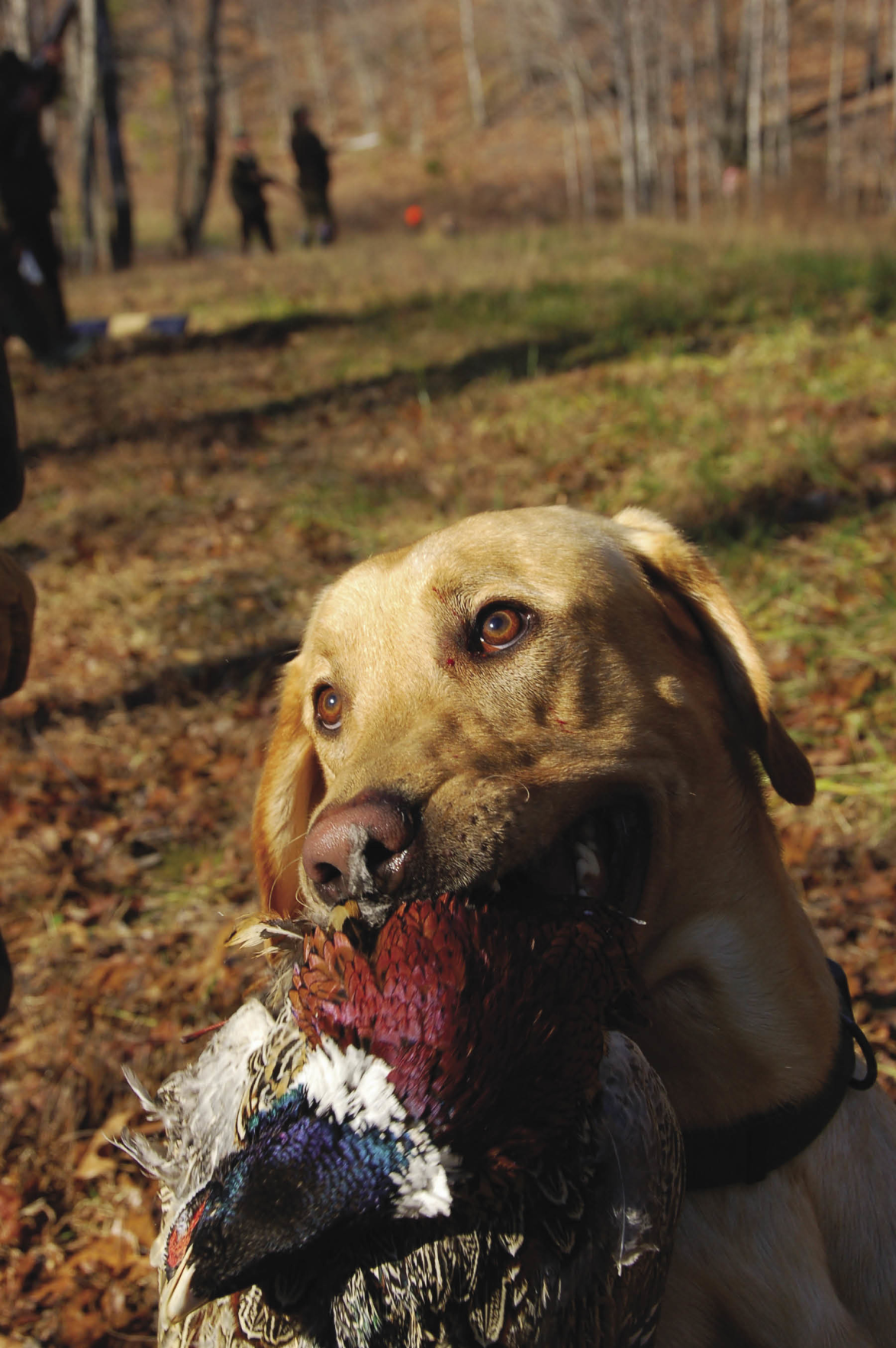 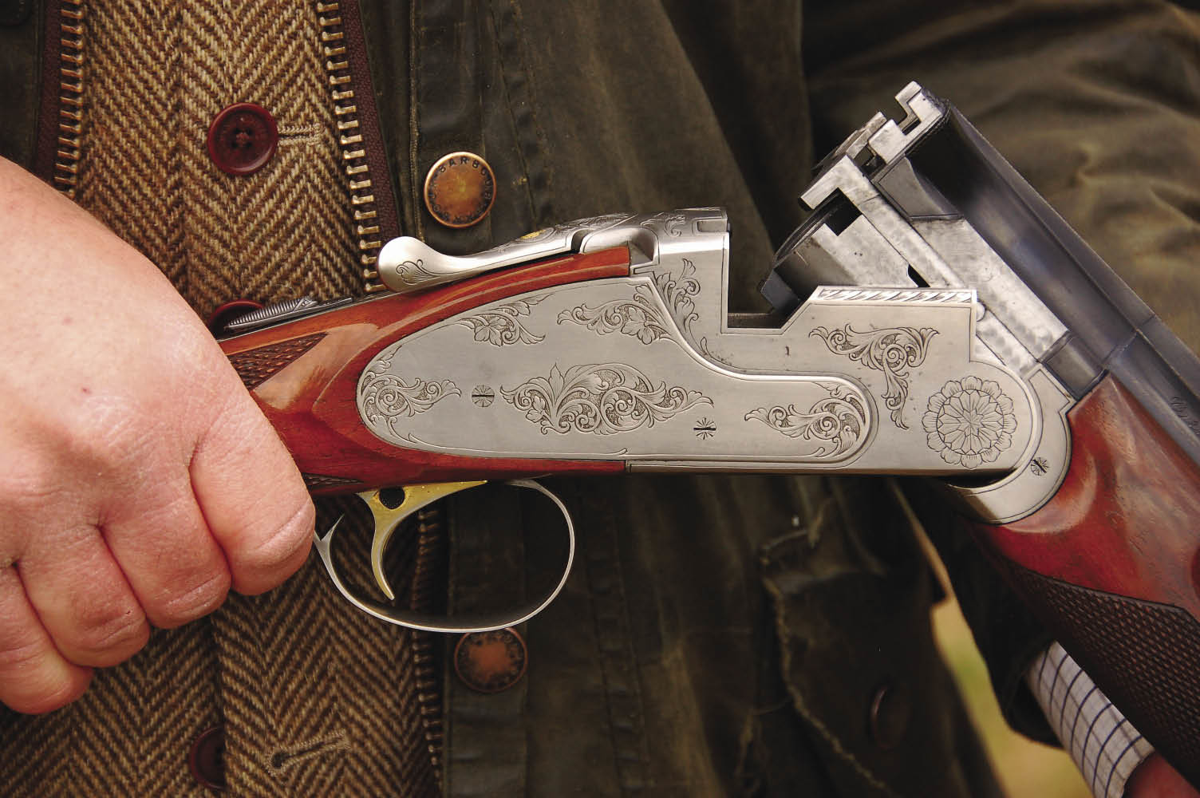 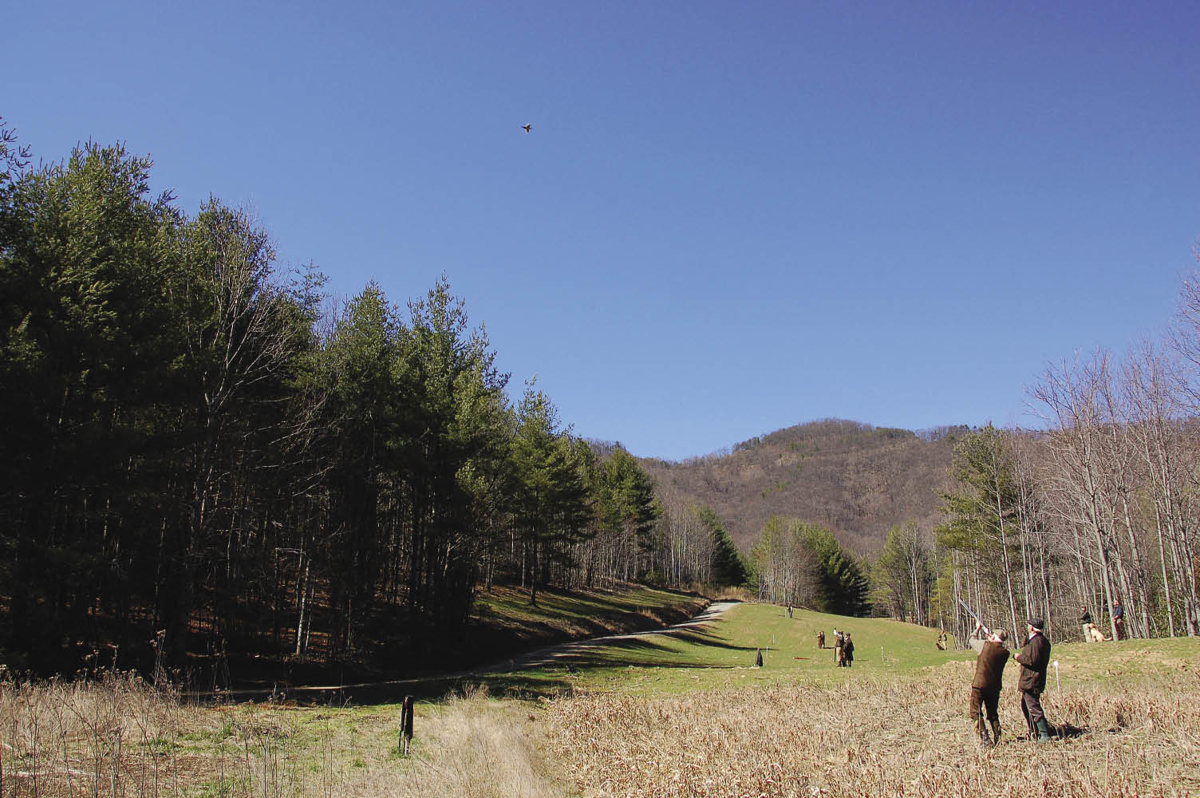 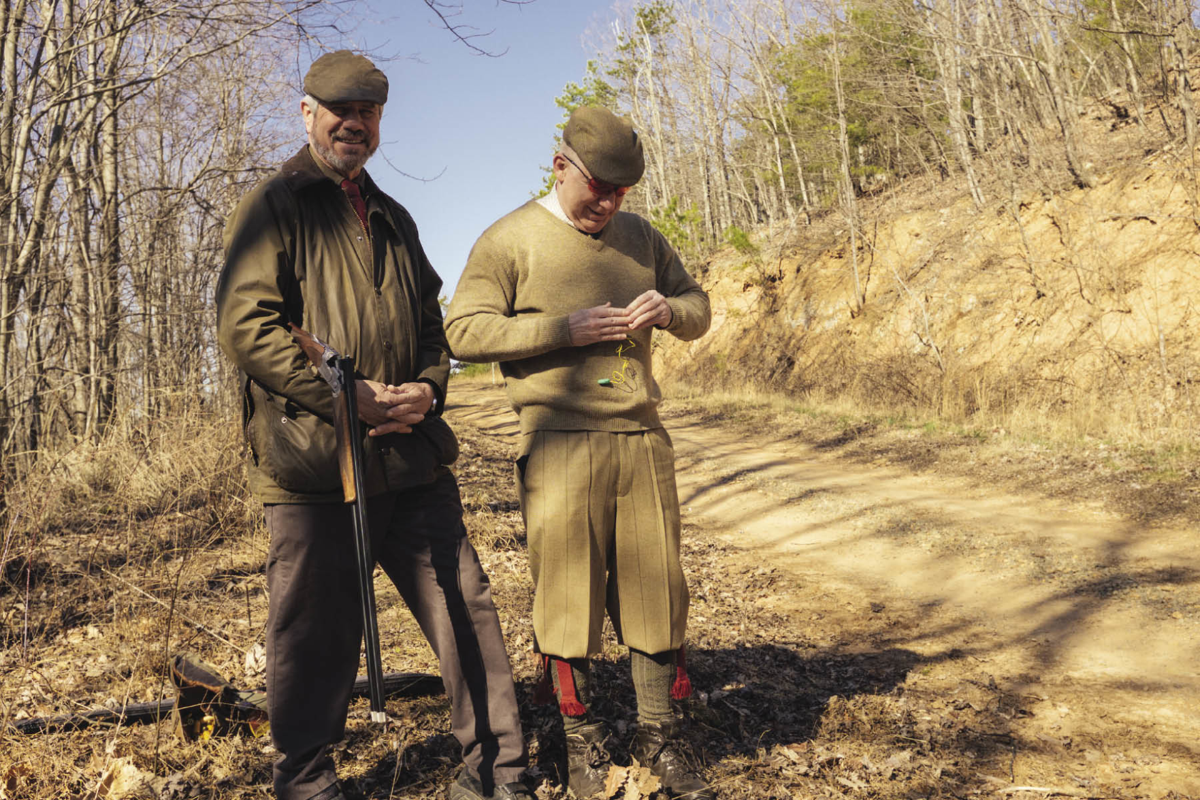 It’s 9 a.m. on a Sunday, and I’m surrounded by men with guns. They’re outfitted in exquisite bespoke hunting attire, so the spectacle inspires less shock than awe. It’s the final European-style pheasant hunt of the season at Primland, a 12,000-acre luxury resort in southern Virginia, and these eight gunners have traveled from around the country for one of the finest driven shoots this side of the Atlantic.

Inspired by European traditions, Primland’s world-class hunting and shooting program is designed to honor the sport’s noble legacy. The gamekeeper was trained at The Downton Estate, a sister property on the England-Wales border and host to one of the premier pheasant hunts in the world. Primland offers a variety of hunts throughout the season, but the European-style is the most prestigious. Offered once a month from October to March or April, the peg shoot hosts a maximum of 10 gunners. Each is paired with a loader to carry their equipment and assist with loading during each drive. Another six staff members will spend the day flighting birds toward the gunline — 45 pheasants are released per shooter throughout the day — and several handlers mind the six retrievers who are responsible for fetching birds once they’ve been shot.

The day begins in the activities center near Primland’s south gate where the shooters draw their peg positions and meet their loaders before being transported to the site of the first drive. The day consists of six drives total — three in the morning, three in the afternoon — at unique locations around the wooded property. Primland boasts 12 drive sites, each in a deep valley or ravine to provide the best shooting experience for guests. Birds are flushed out over tall pine trees or rocky ridge tops, providing varying levels of difficulty for gunners.

Throughout the day, respect is the prevalent attitude — respect for the sport itself and respect for the fellow gunmen. Each gentleman adheres to the etiquette of the hunt, following certain unspoken rules so as not to interfere with or detract from another’s experience. Gunners only shoot birds that are 20 yards or higher and on a 45-degree angle on either side of him. No one ever shoots straight down the line, for obvious reasons, but throughout the hunt, many will shoot high birds behind the line if they missed them the first time around. The most important rule to follow is no poaching; don’t shoot a bird intended for another gunner.

“The best shot you take all day might be the shot you don’t take,” one gentleman says.

There is a courtesy and camaraderie that exists between these men that feels reminiscent of an era gone by. And the strict attention to detail paid by the Primland staff certainly aids in this attitude. Following the two morning drives, the entire group is transported down to a meadow for elevenses, mid-morning refreshments popular in Britain. The pastry chef prepares a decadent spread of croissants, muffins and cinnamon rolls, accompanied by hot chocolate and coffee, for the participants to enjoy beside a nearby pond. The day resumes with one last morning drive, a break for lunch and three afternoon drives. The birds are cleaned and packaged throughout the day for any hunters who wish to take them home. The unclaimed birds are donated to local nonprofit Hunters for the Hungry.

Many of the men on this particular hunt have been coming to Primland for years. Ben Hardy first came in the early 1980s before there were paved roads or a hotel on the property. “They had already established a really good pheasant hunting program,” he says. Bryan Ashley — who has hunted in England, Scotland, Spain, Argentina, France and Bolivia — comes to Primland three to four times a year to participate in hunts. “This is our favorite place to shoot in the States,” he says. “They know how to take care of their guests.”

Fine dining awaits at Elements where farm-to-table fare anchors the daily breakfast and dinner menu. Local game shines alongside seasonal produce and fresh seafood.  For a more casual — yet equally delicious — experience, enjoy elevated pub fare and moonshine cocktails at the 19th Pub, open daily for lunch and dinner, or Southern-style meals at Stables Saloon, open on weekends during the summers. In-room dining is available for breakfast, lunch, dinner and late-night cravings, and private chefs will happily prepare quail and pheasants from the hunt in the privacy of your cabin.

There’s no shortage of ways to enjoy Primland’s scenic surroundings, thanks to an extensive activities program. Soak up some quality time with Mother Nature on a private guided fly-fishing excursion in the nearby Dan River or explore the hiking trails on foot, horseback, RTV or mountain bike. In the warmer months, paddle through the Talbott Reservoir, nicknamed the Grand Canyon of Virginia, on a half-day kayak excursion or two-hour paddleboard tour. To brush up on those hunting skills, pay a visit to the shooting clays facilities, recognized as one of the best in the country, or take in the resort's stunning mountaintop views with a round of golf on the premier Highland Course designed by Donald Steel. Primland's Observatory Dome offers one of the most unique options for recreation with nightly stargazing tours. Soothe aching and tired muscles with a visit to the European spa, offering a full roster of luxe treatments for men and women.

Photographs by Kyle Floyd and courtesy of Primland

Exotic Destinations to Add to Your Travel Wish List