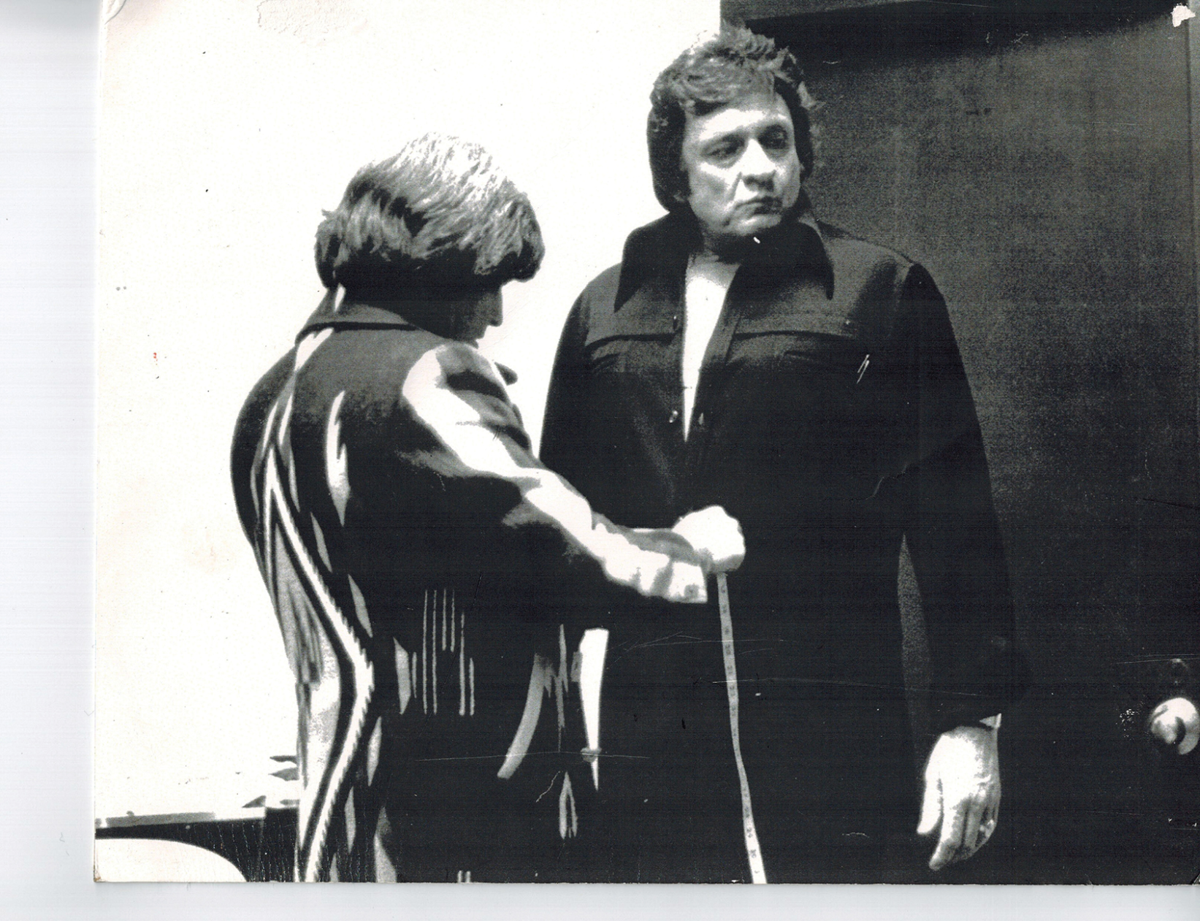 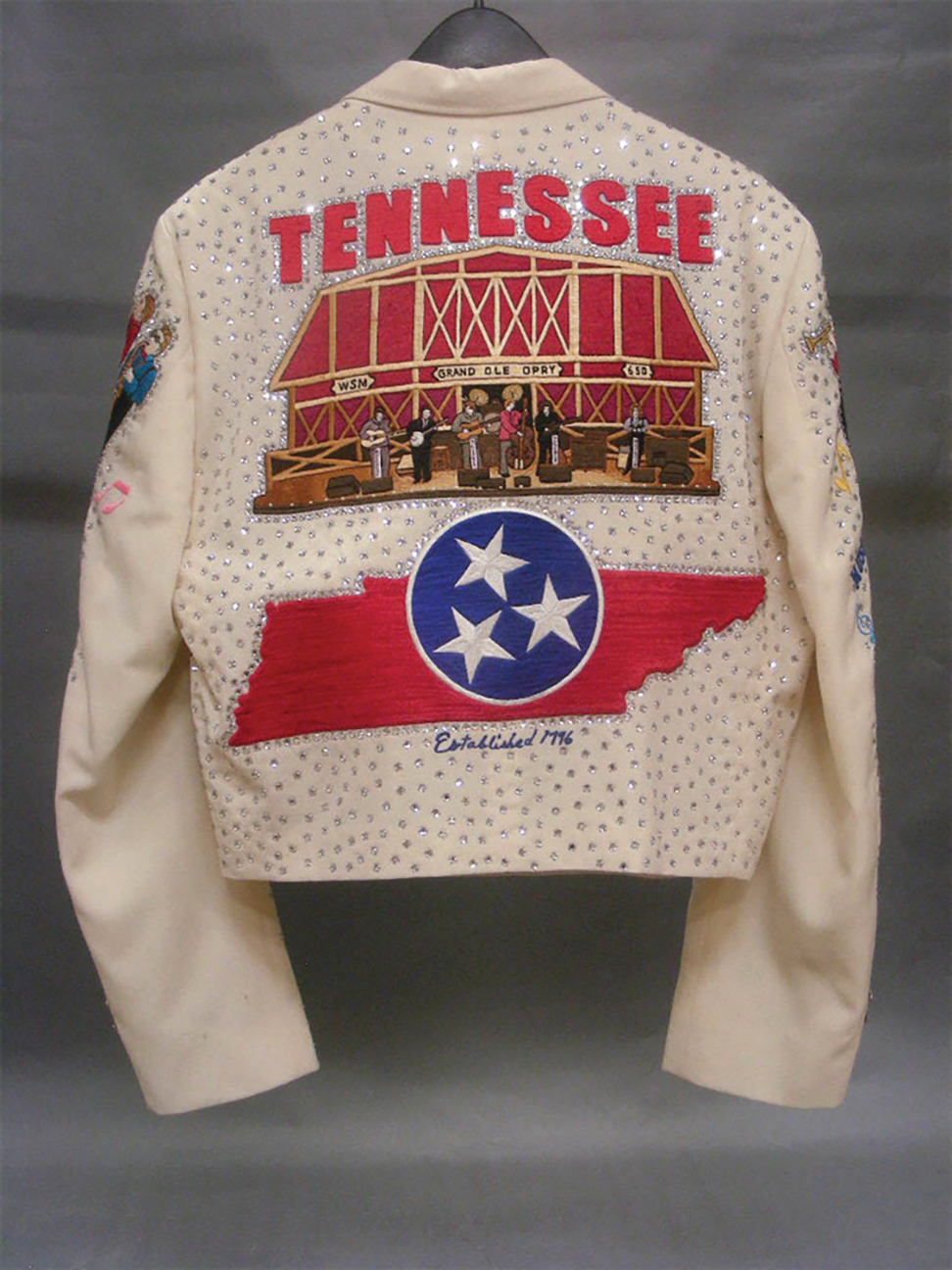 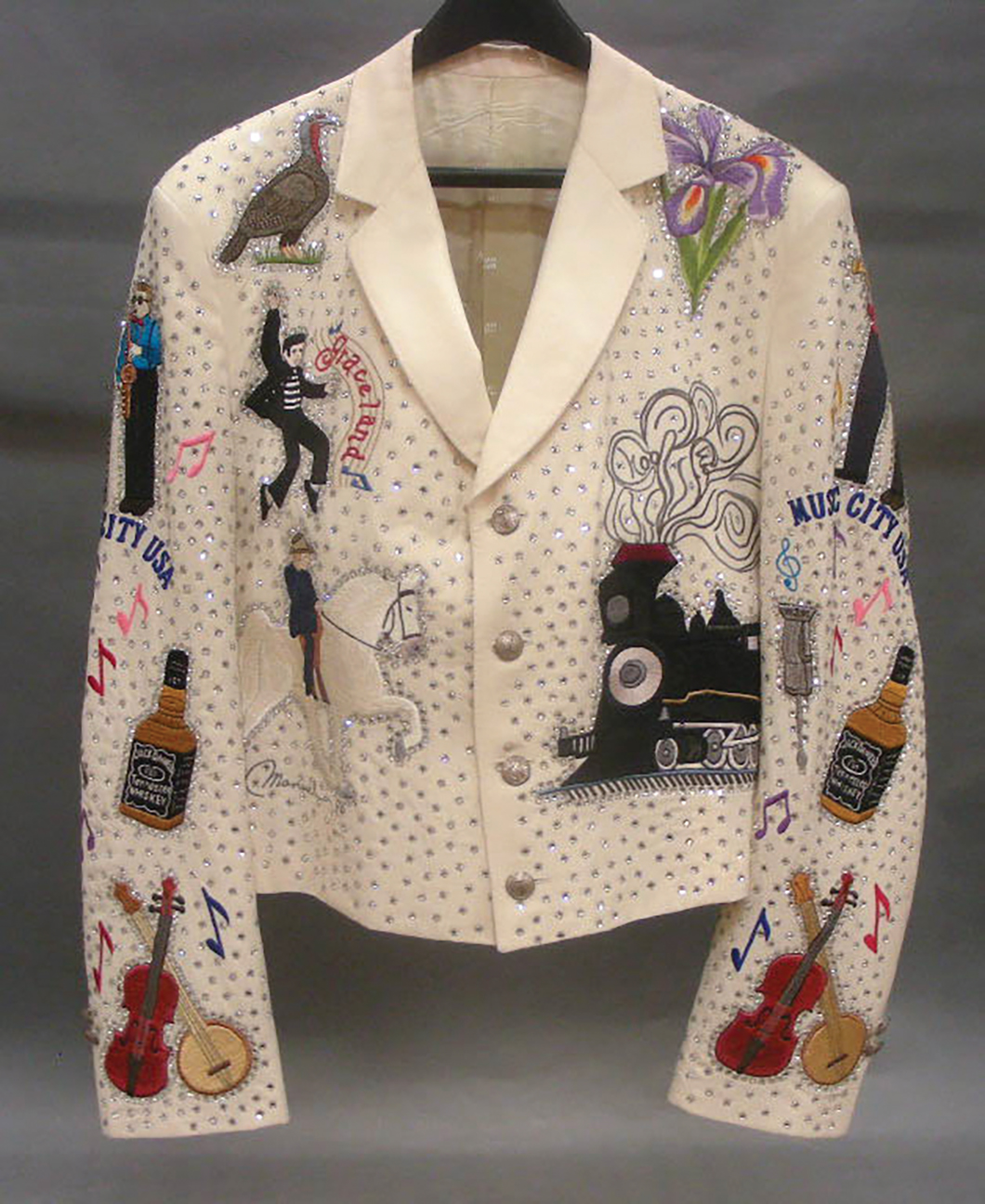 Known to all simply as Manuel, the couturier rightfully earned his nickname as The Rhinestone Rembrandt for the intricately embroidered and rhinestone-laden designs that he made for numerous famous entertainers. He’s outfitted everyone from Elvis to Michael Jackson to The Man in Black himself, Johnny Cash, a longtime friend who owed his signature hue to Manuel. Back in the mid-’80s, Manuel began an ambitious project to create custom jackets representing the character and history of all 50 states. This Tennessee-inspired white gabardine jacket, along with its 49 counterparts, was part of the 2005 Frist exhibit, Manuel: Star-Spangled Couture, which also included noteworthy pieces from his impressive career. The Tennessee jacket depicts Elvis, Jack Daniel's bottles, an iris and more, with the Grand Ole Opry stage and state flag on the back. In keeping with Manuel’s wishes that the jackets, which were intended as a gift for the United States, would be donated to each state’s museum, the Tennessee creation was acquired by the Tennessee State Museum in 2016, where it remains in the permanent collection, along with the other important preserved objects that relate to the social, political, economic and cultural history of the state and its residents.

Nashville Fashion Week Shows Off Its Creativity With Hybrid Event

Jason Wu Headlines the Cause for Paws Fashion Show